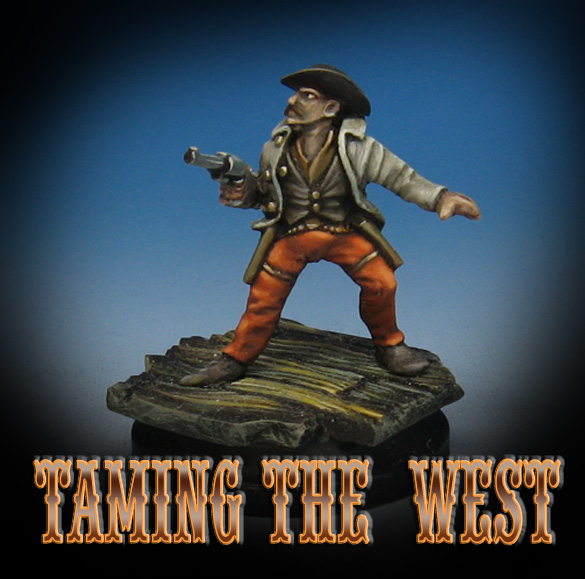 Here's a fun miniature from Artizan Miniatures.  We used to have these represent our characters and the NPC's in our Deadlands adventures.

Some of you might recognize the color scheme from my Lawmen.  I'm not sure why I liked the white coats so much, but I thought it would be very fun.

I have also used him as a civilian in our games of Wild West Exodus.  I believe his name was Clyde. 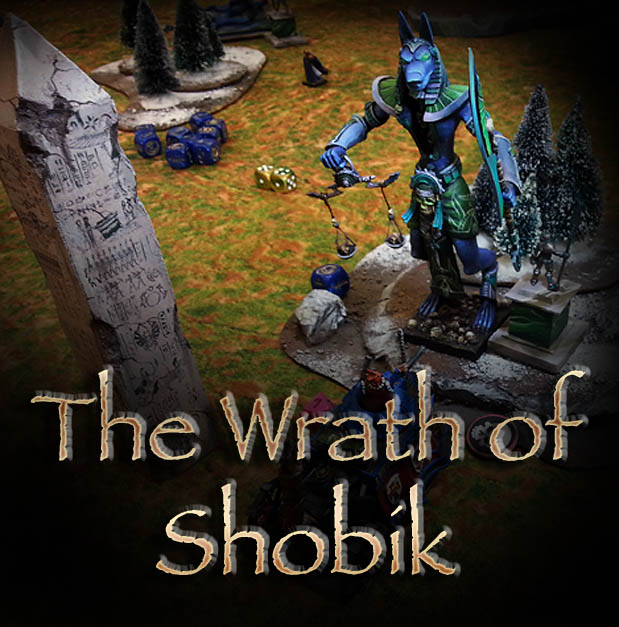 After countless centuries of looting and pillaging of his Tomb Cities, Pseusennes has decided, at last, to leave his Empire behind and pursue those treasures which have been taken.

Shobik was leading an army in the field against the Kindgoms of Men, hoping to seize all four of the statues which had been erected around the Artifacts.  While the bows and breath weapons of the Ahmuntites was grinding down the hapless men, it would not be enough.  They would have to leave those firing positions to take these objectives.

The Enslaved Guardian archers were chosen, and they were surged forward by incredibly powerful magic, aided by the Monolith nearby.  They were set upon immediately by a unit of knights. 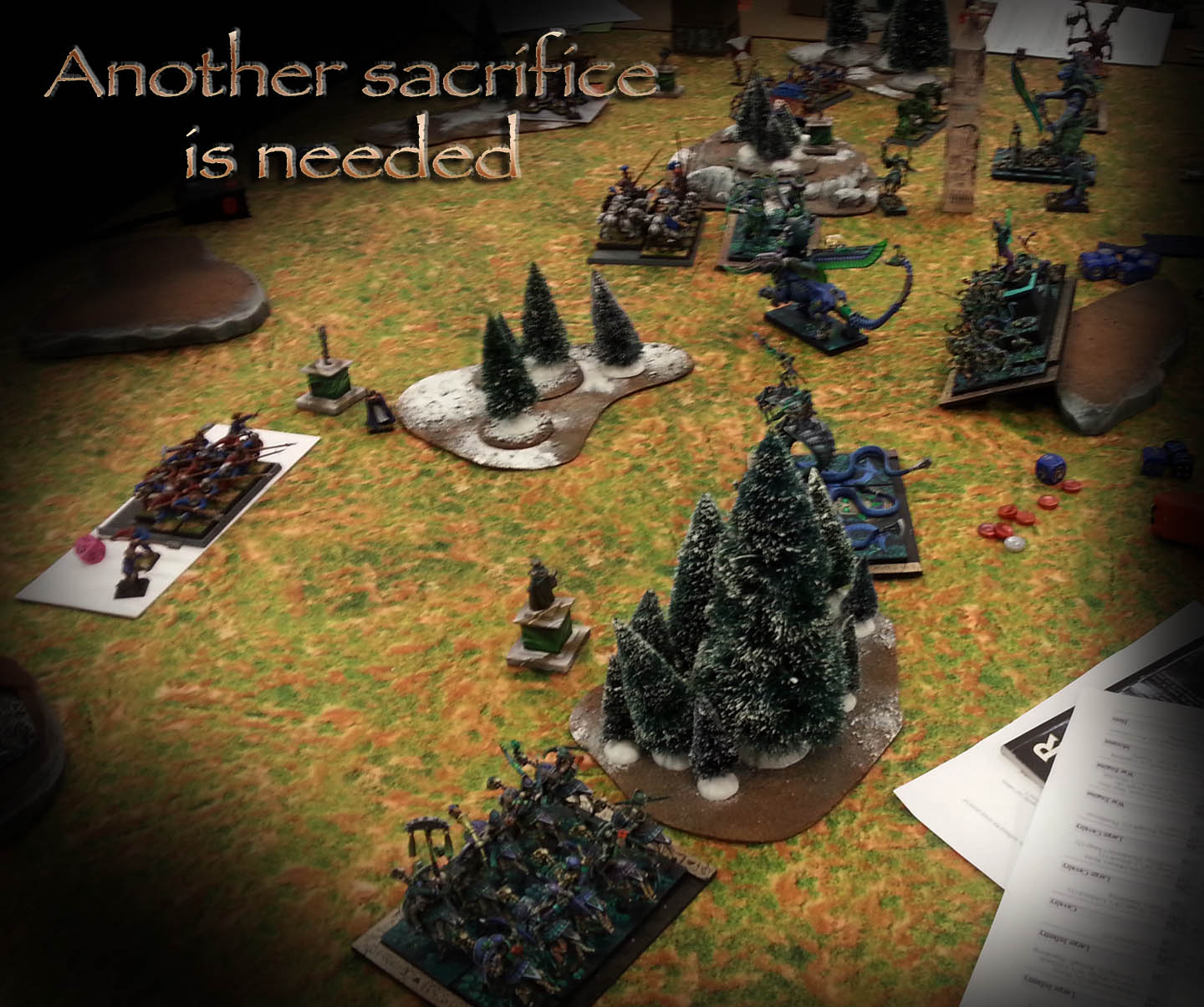 However, this charge was not enough, and the great archers held!  This meant that the Bone Dragon could join in that fight, and slaughter the knights. 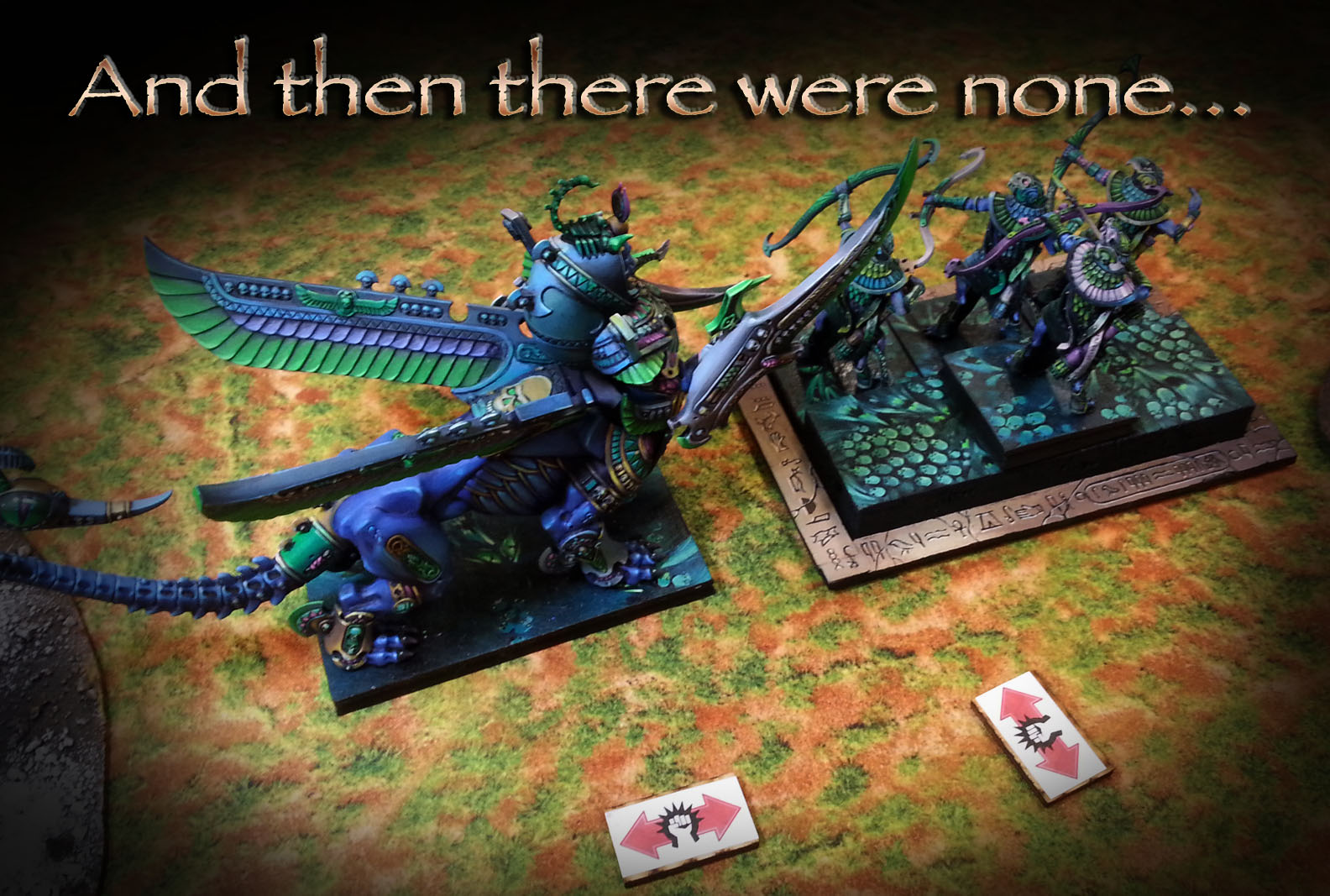 Fresh from the victory over the knights, units all across the field began to move towards the objectives, hoping to solidify those gains before the strong remaining combat units of Men could be brought to bear. 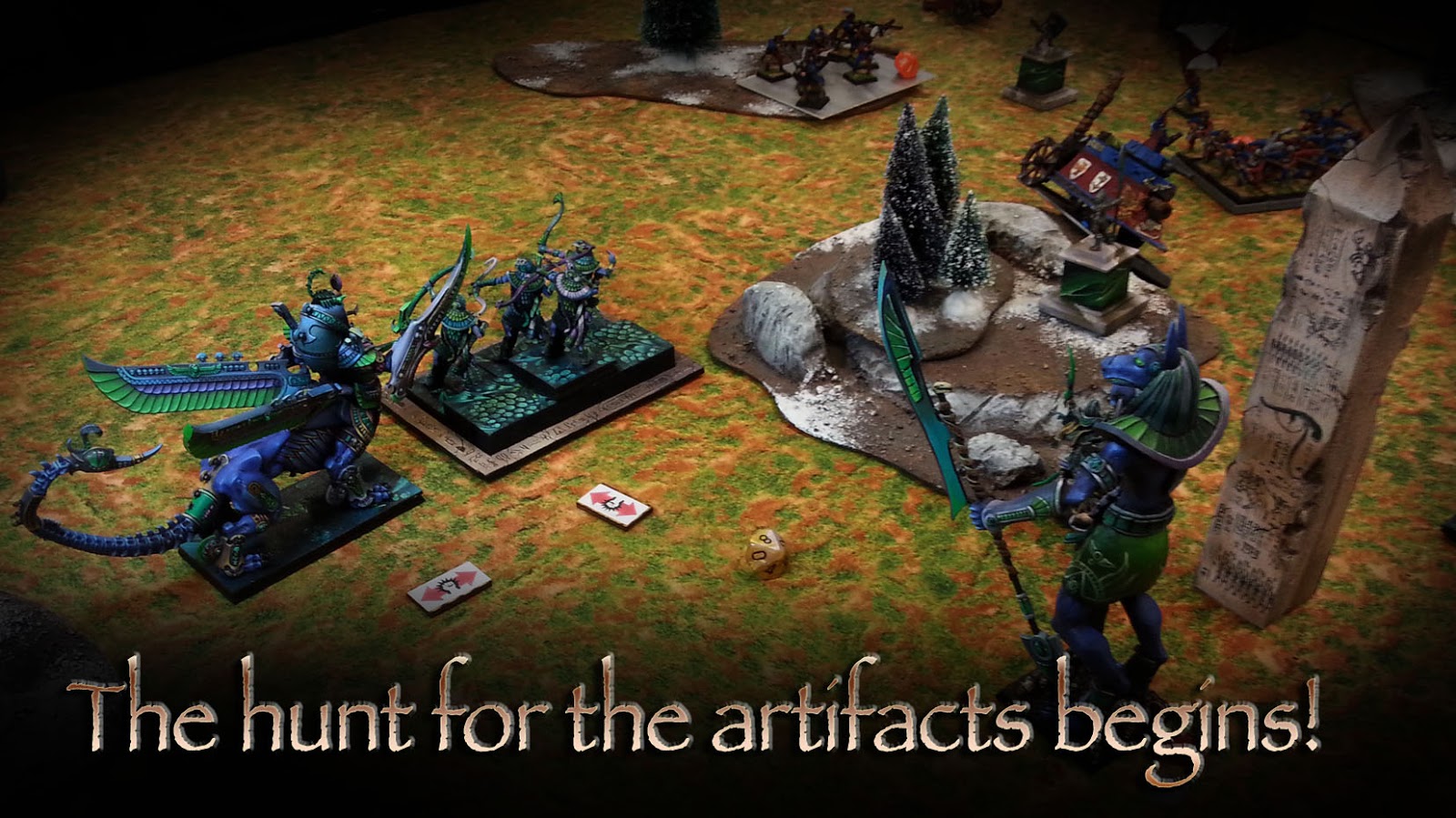 Those combat units, like the Beast, moved swiftly on the right flank, threatening to roll up the Ahmuntite position in one great sweep! 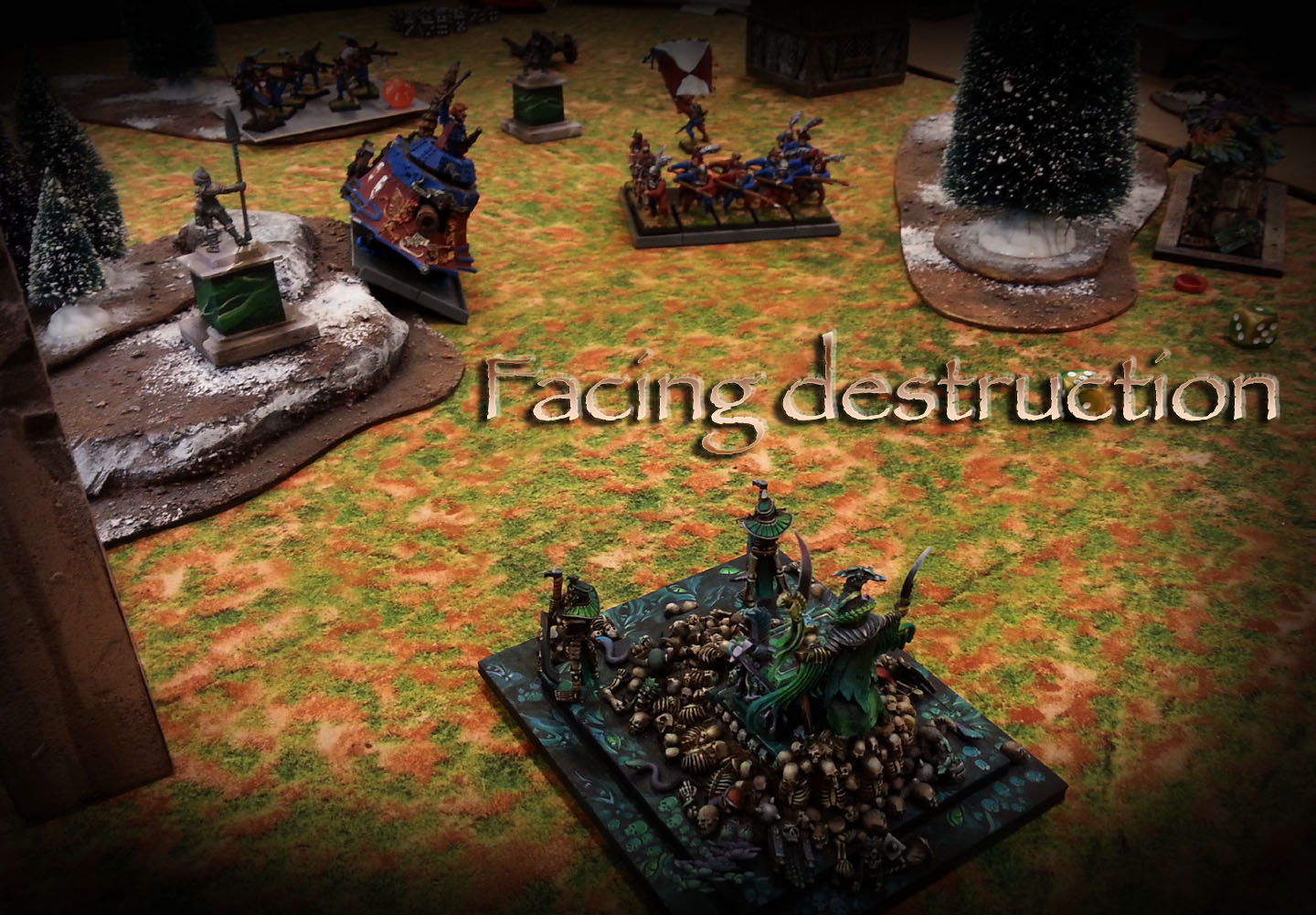 The Soul Snare had trapped many of the souls of men inside the daemonic marble floor at its base, but now it faced its own destruction, crushed by the blows of two massive beasts! 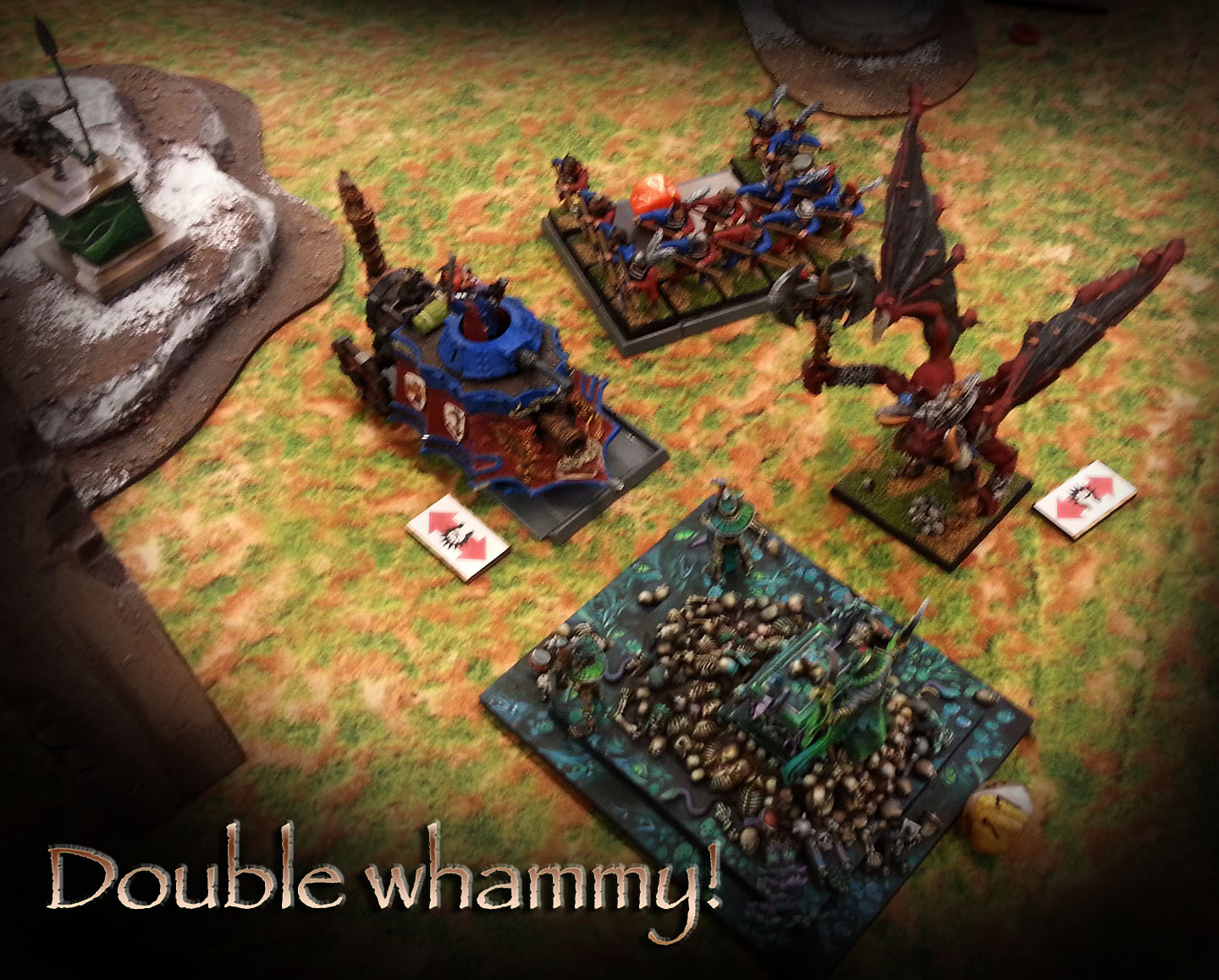 The dastardly gunpowder weapons of the Men had been blasting away chunks of the great Bone Dragon, as well as the lightning bolt of the hidden wizard.  It would be essential that the Dragon destroy this unit with its charge, lest lightning and lead bring him down once and for all! 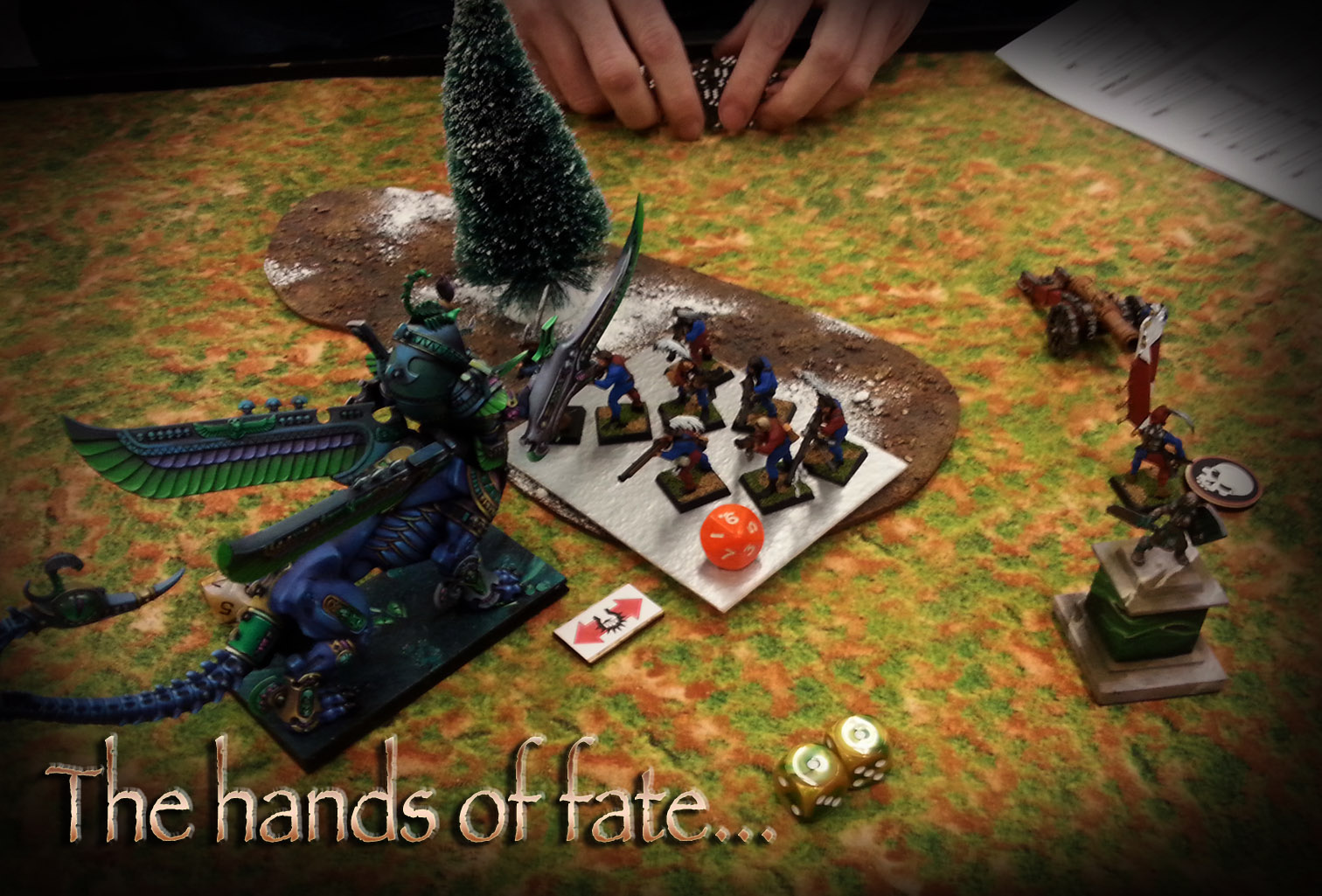 The anticipated hook from the right was now in full swing.  The winged Daemon leaped into the archer horde with sound and fury, but could not vanquish such a massive unit on his own.  His support had either left the field, or was moving back towards the statues. 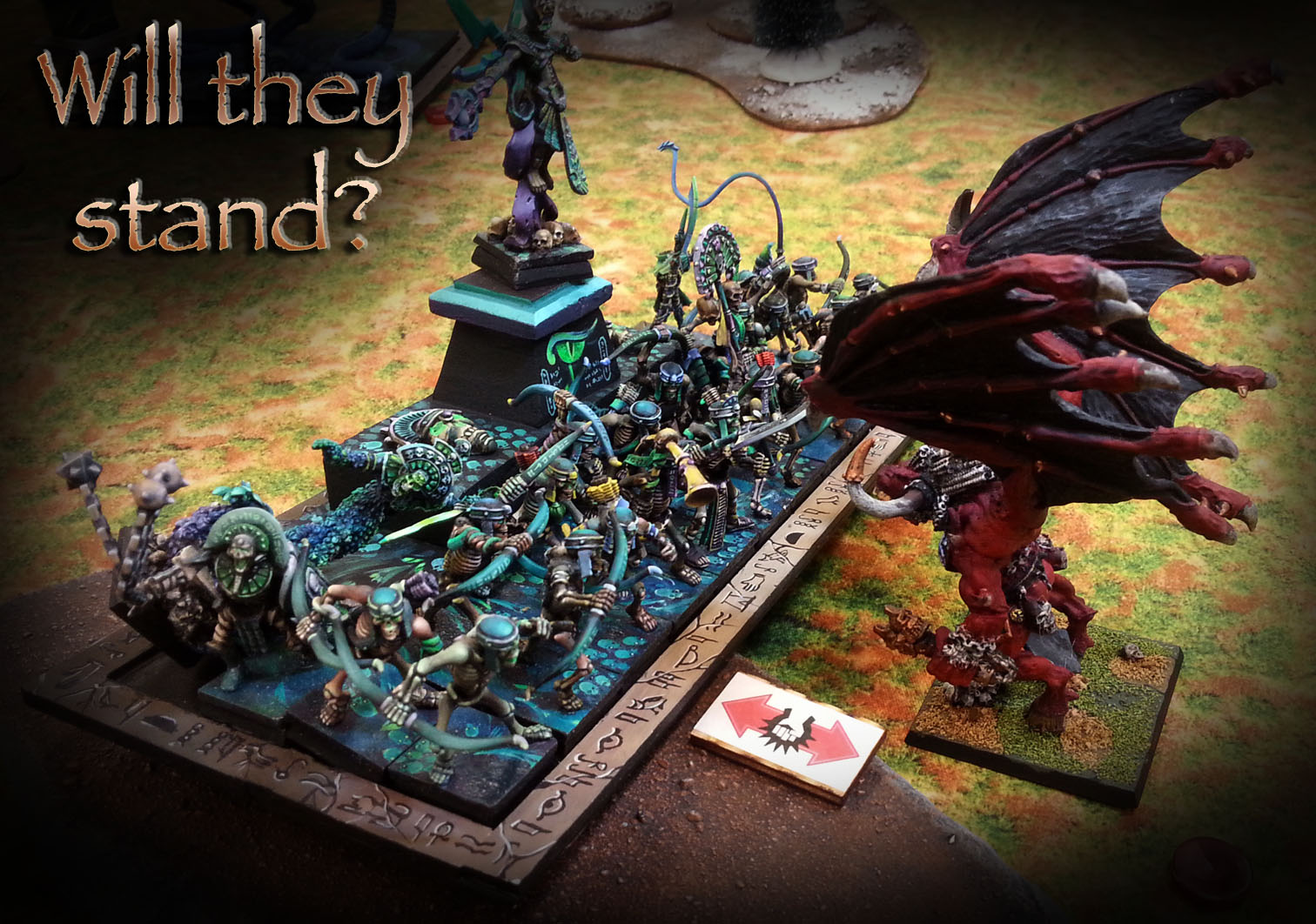 This was a battle of extreme movement, and it ultimately turned completely around on itself.  Both sides had advanced deep into each others territory by the 5th and 6th turns.  Any small or damaged units risked imminent ruin. 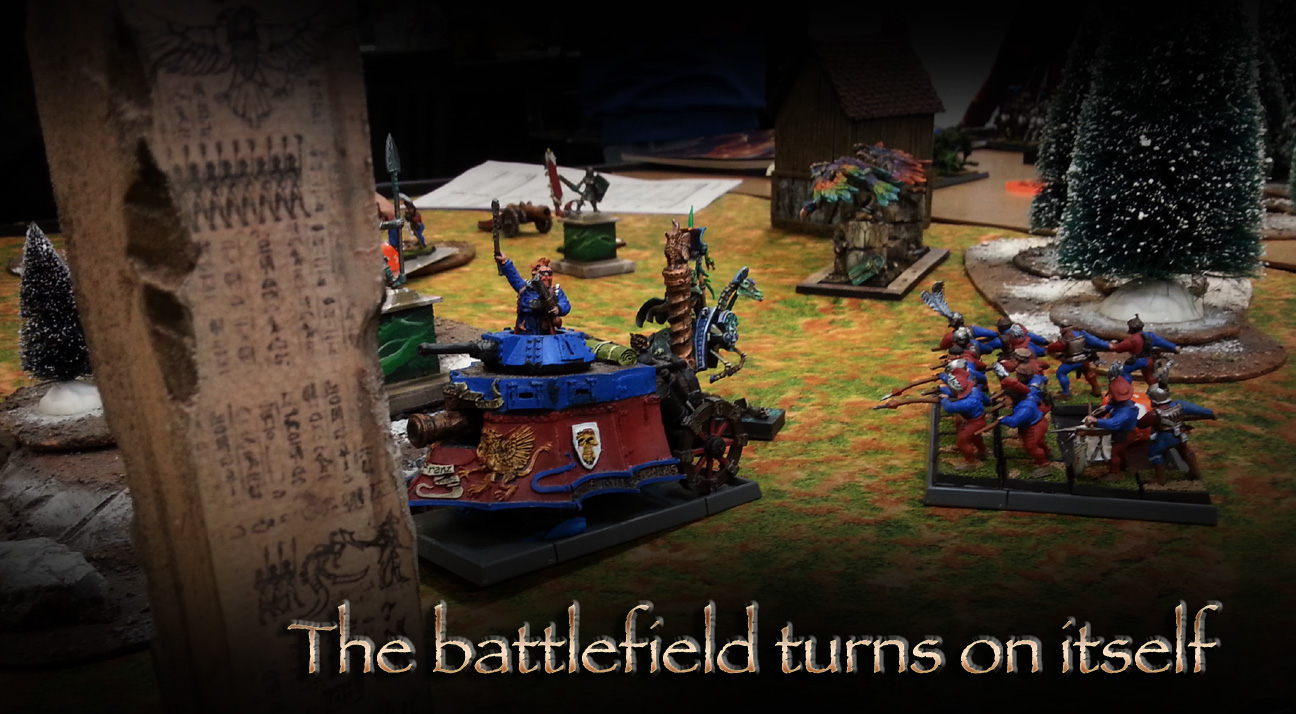 The Cursed High Priest was able to use his magical breath to wipe out the last of the spear block, so the Winged Daemon would either have to wipe out entire units by himself, or fly towards one of the statues which was no being held by the horse archers. 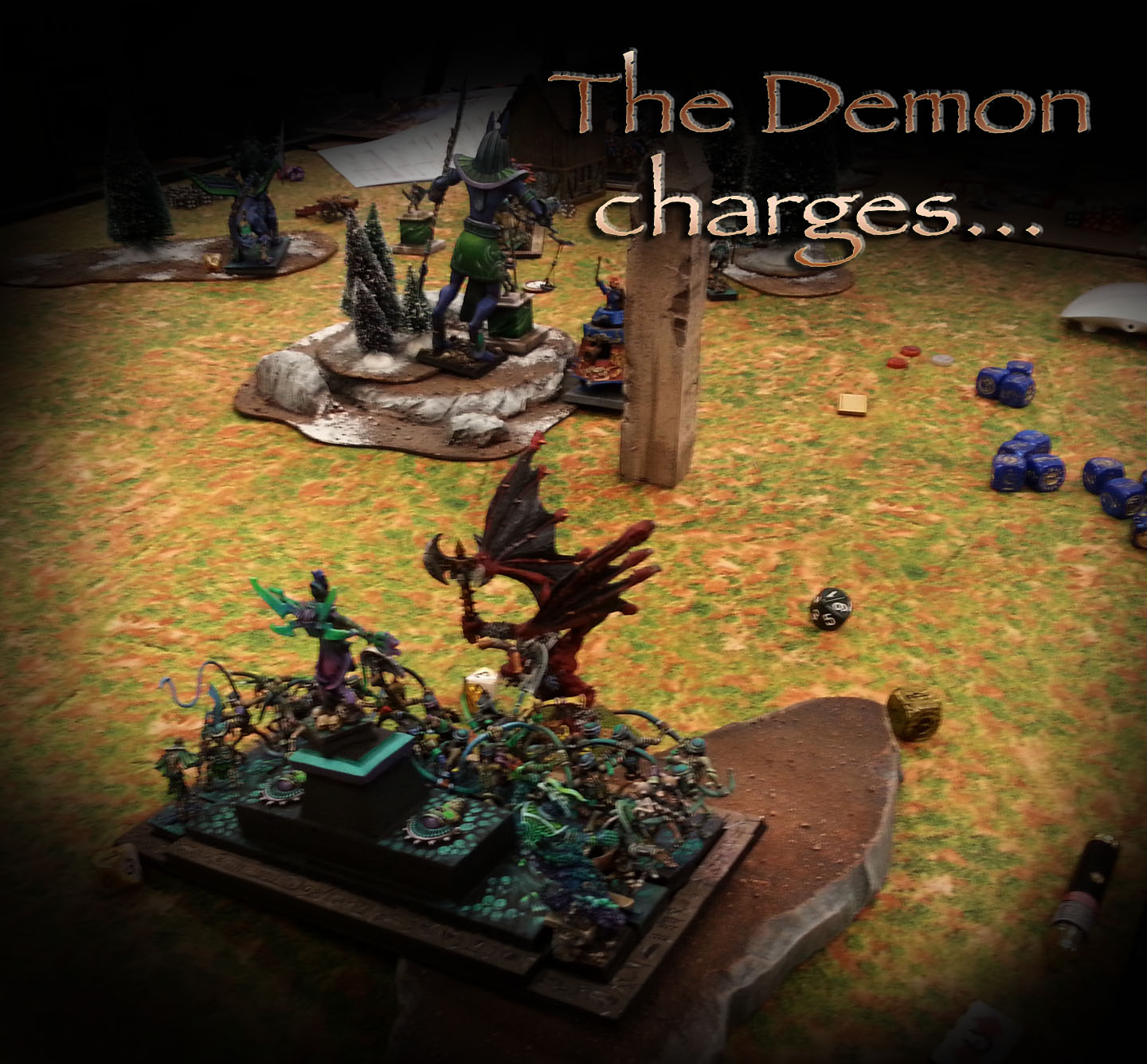 This he did, smashing the skeletal horses and riders to pieces with his ensorcelled axe.

The Revenant Worm Riders slithered directly towards the statue which was being held by a horde of pikes.  Such was the damage to their morale from the incessant shooting by the archers, that block had no chance of holding against the fierce charge of the giant snakes! 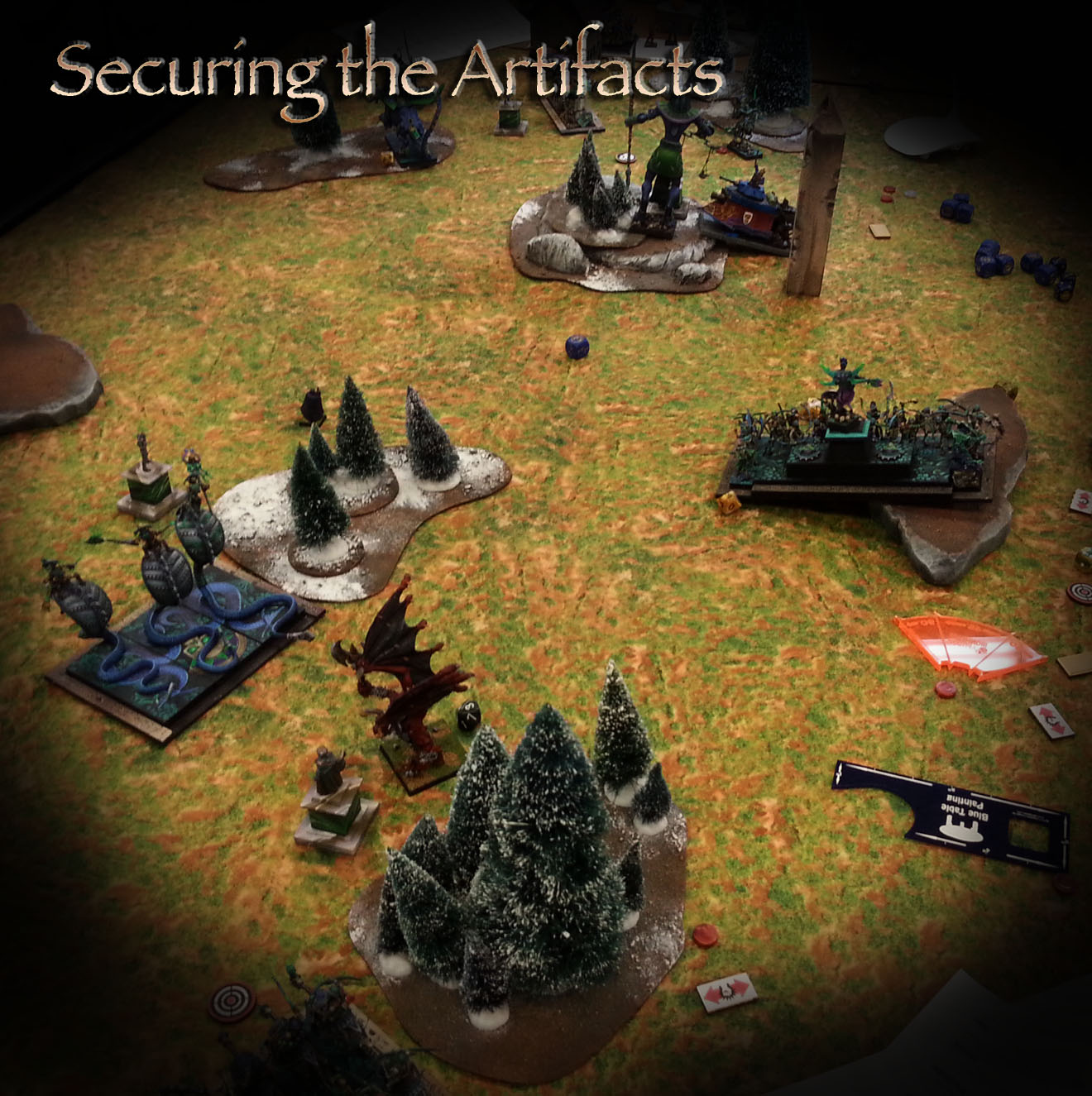 The Bone giant had managed to clear out the gunners, while the Scavengers set the Standard Bearer ablaze.  The Bone Dragon must destroy the cannon, or it could possibly move towards the statue, therefore contesting it in case the battle should continue. 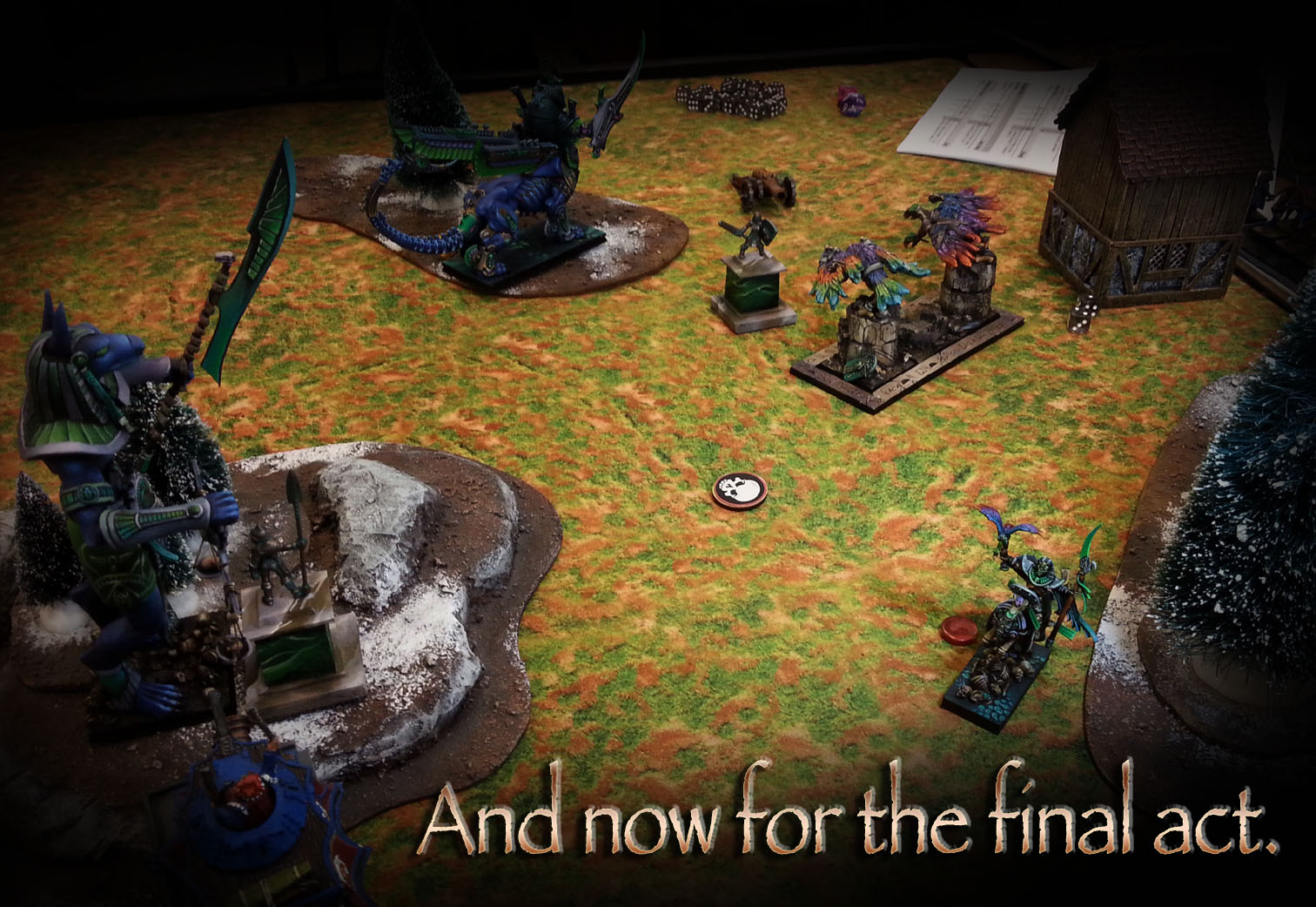 The roll for additional turns was made... and it was a six!  The combat would continue. 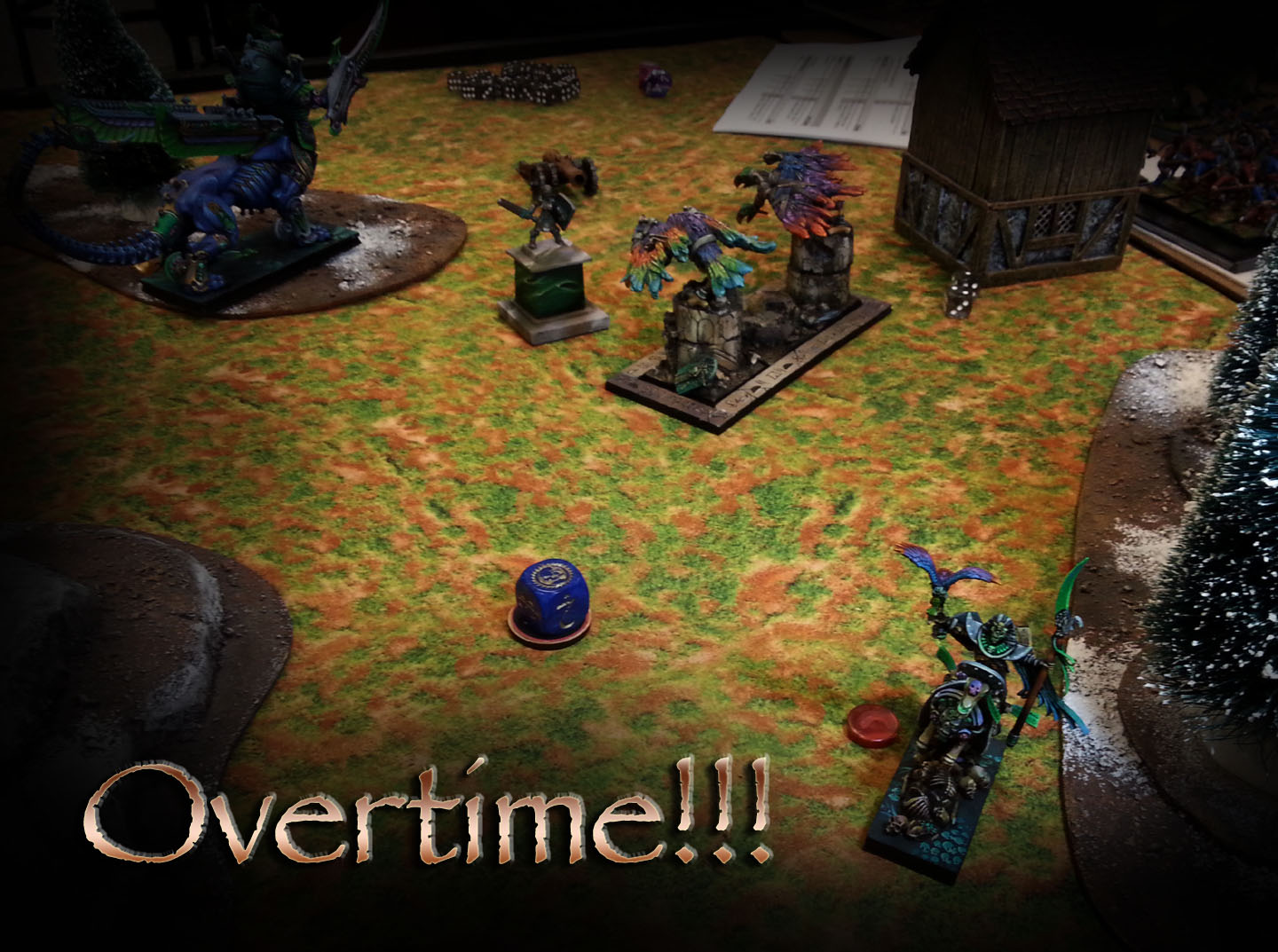 This would lead to the final showdown between Shobik and the Beast.  The Cursed High Priest weakened the beast of Men with his breath weapon, and then used his magic amulet... surging the great Idol directly into the beast!

Shobik would defeat the monster, and secure the statue at his feet. 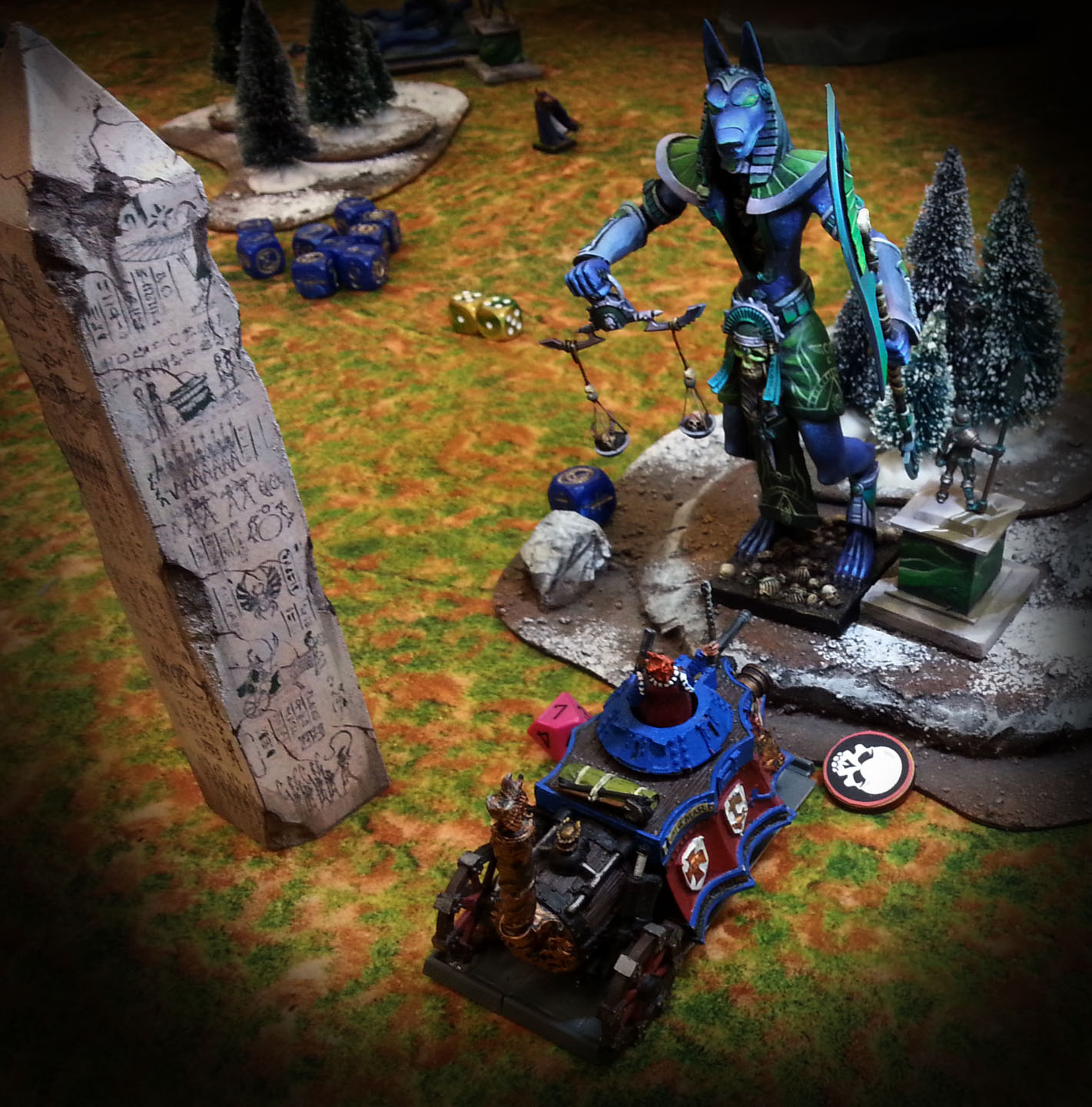 Well past the mid point of the battle, the Men could lay claim to 3 of the 4 statues.  By the sixth turn, this had changed dramatically.  Still with the additional turn, the forces of Men might still be able to contest enough objectives (or kill units holding them) to force a draw. 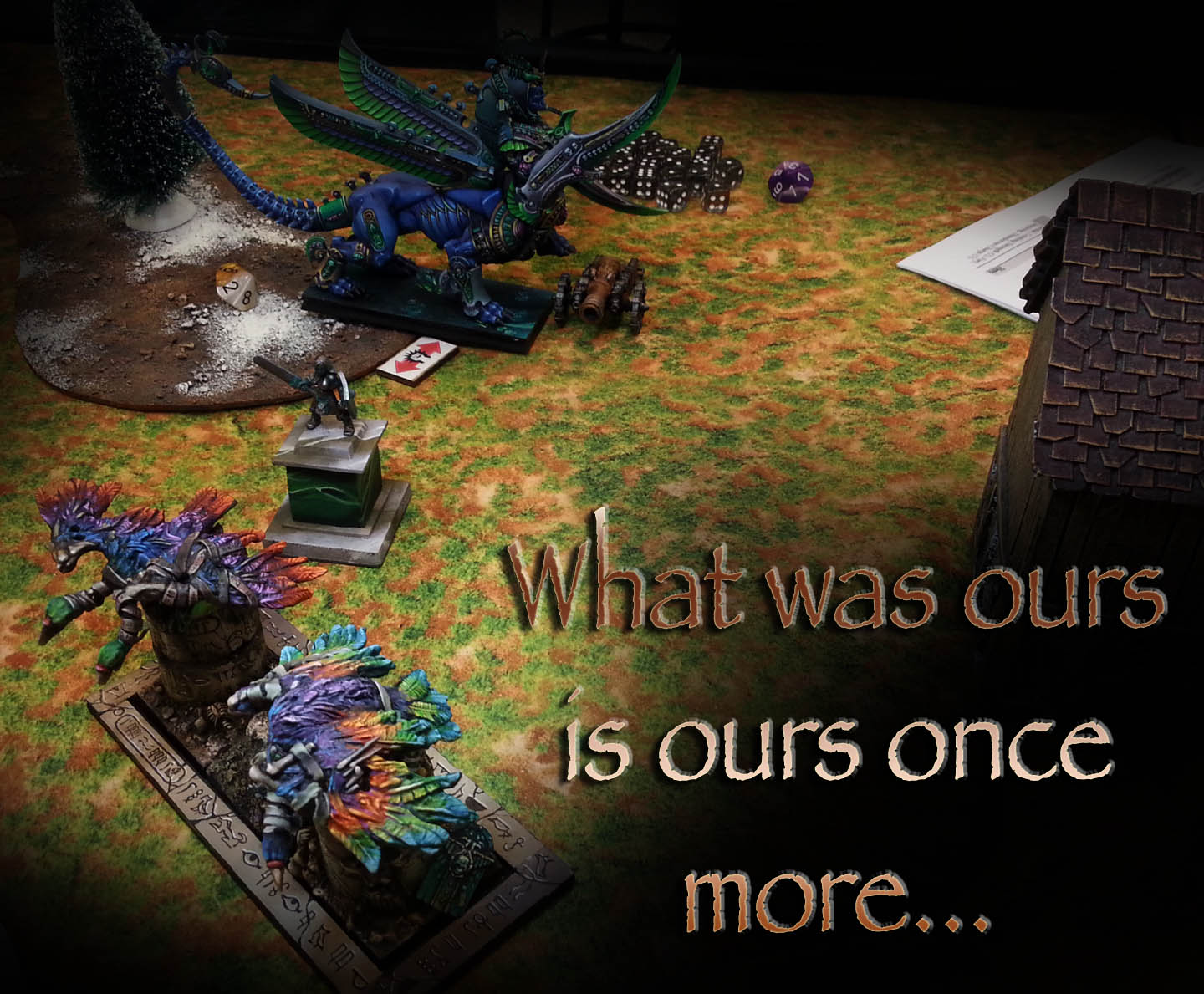 However, the magic of Men proved no match for the eternally ancient sorcery of the Ahmuntites, and only the Daemon could create any possibility of turning the tide.  In the end, it would not be enough, and Shobik would bring three of the Artifacts back to Pseusennes.  The fourth was left abandoned on the field.

This army was very different from the first game.  Not only were there more archers, but their range and accuracy had been enhanced by magic items.  This is a very different mechanic than what I had become used to, but it is fantastic for creating more variety in an army!  The enhanced scavengers ultimately played a very different role with their own ranged attack.  They didn't have to risk destruction by attempting to supplement the charges of other units, leaving them exposed to fire and charges themselves.

I had not realized that shambling units can charge a full double move.  Not sure why I thought this was the case, but it made a big difference in how I played the last few turns.  It will certainly make a big difference moving forward as well.

I am working on many more units for the army, so that it changes dramatically in structure each game.  This is something that I really missed before, and I am so glad that it is possible in Kings of War!!  Stay tuned for another match up!! 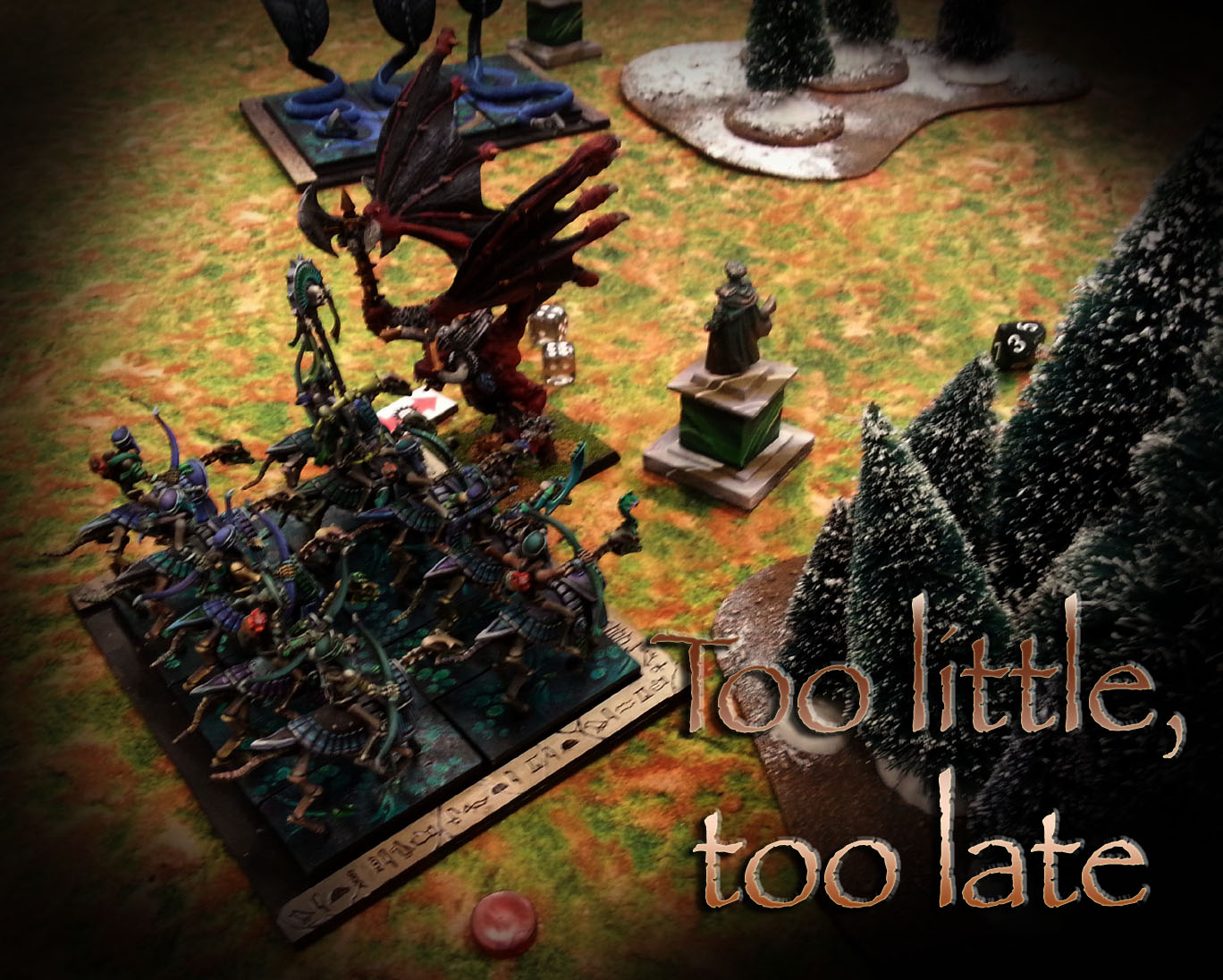 Posted by wappellious at 2:13 AM No comments: