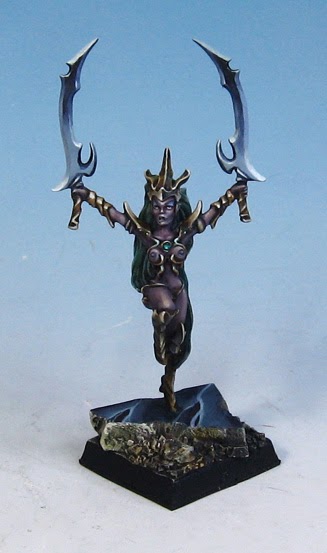 Watch out for these flying blades of doom!  After painting the champion Blood Vestal in the Dark Elf color scheme, I could not resist painting it in the Drow scheme. 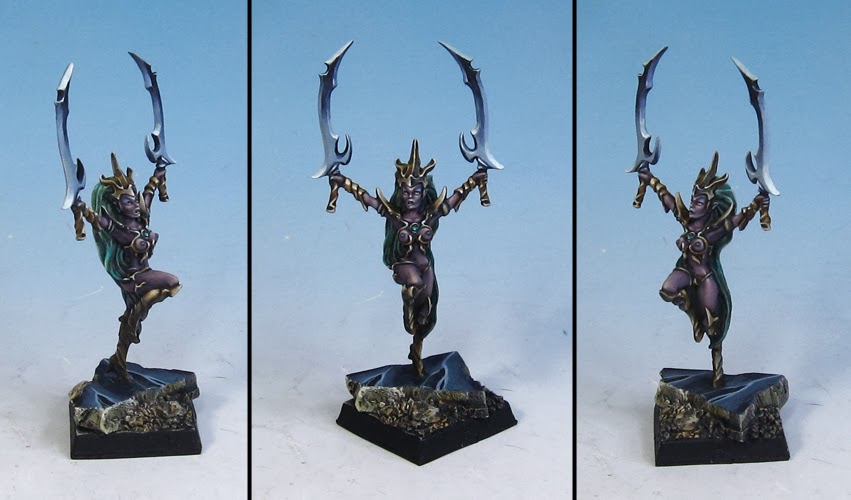 The darker skin was really nice against the gold/bronze colored armor, creating a nice value contrast. 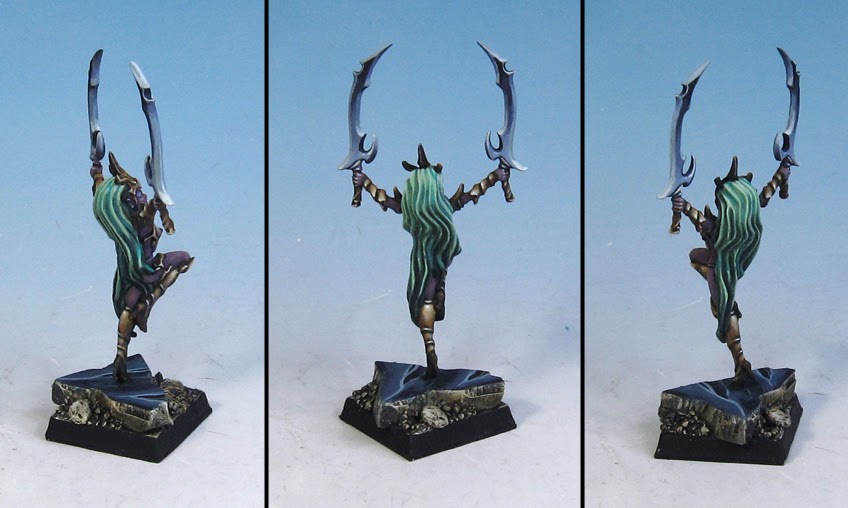 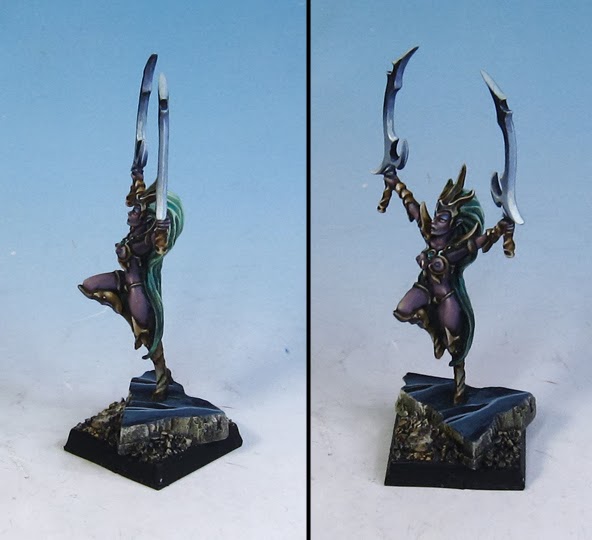 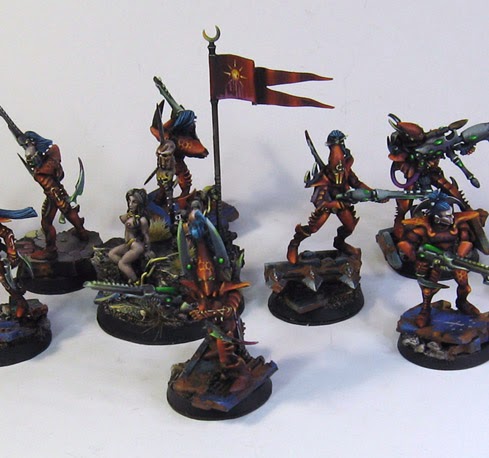 Here we have some group shots of the Kabal Squad.  I have them positioned around one of the three objective markers that I made for Adepticon. 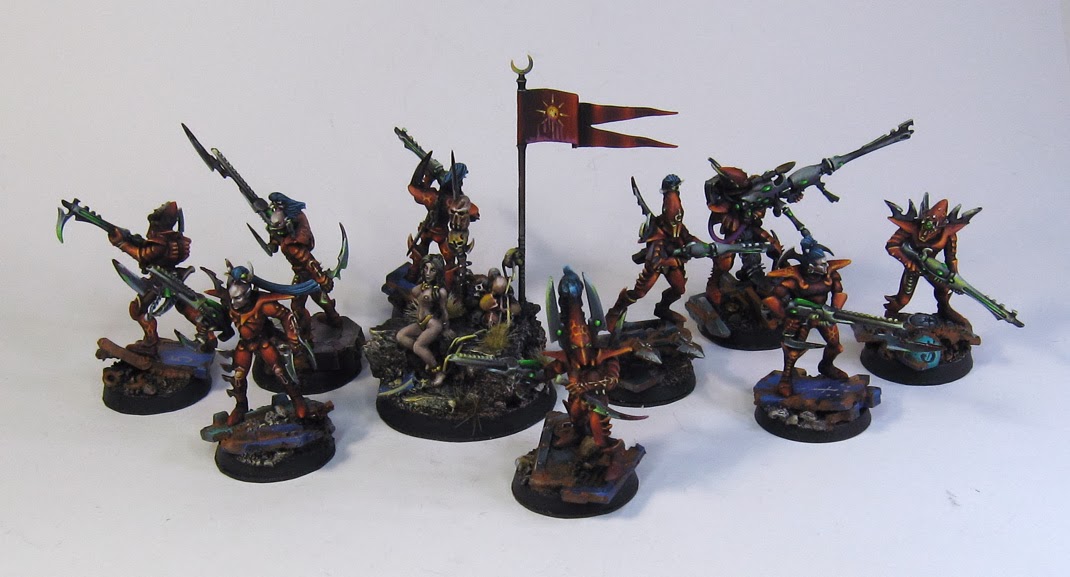 You can see that the colors and markings match the vehicles and the Grotesques.  As I have mentioned before, this matching of colors across an entire army was something new to my own armies! 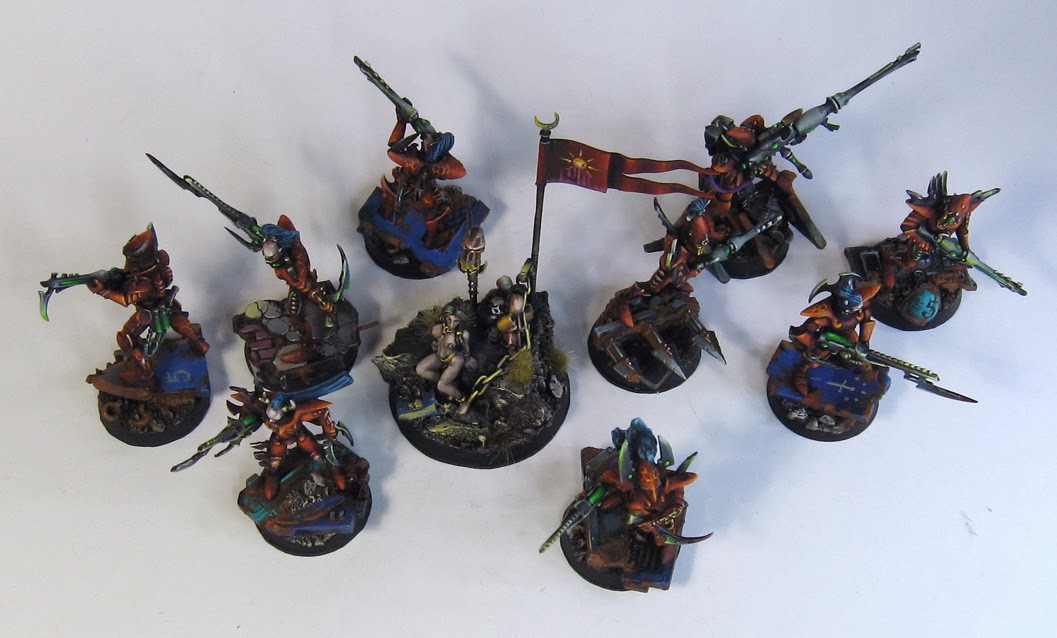 The bases are the same mixture of destroyed vehicle bits and chunks of ruined buildings.

You can also see that there is a mixture of "old and new" in this group.  Some of them are a blending of ancient Kabal minis from 20 years ago with the newer kits.  Those were very fun!

That also extended the amount of figures I could get from each kit.  I have at least a dozen more Kabal warriors being painted that are the same mix of old and new.

Next up, the troops around a second objective marker! 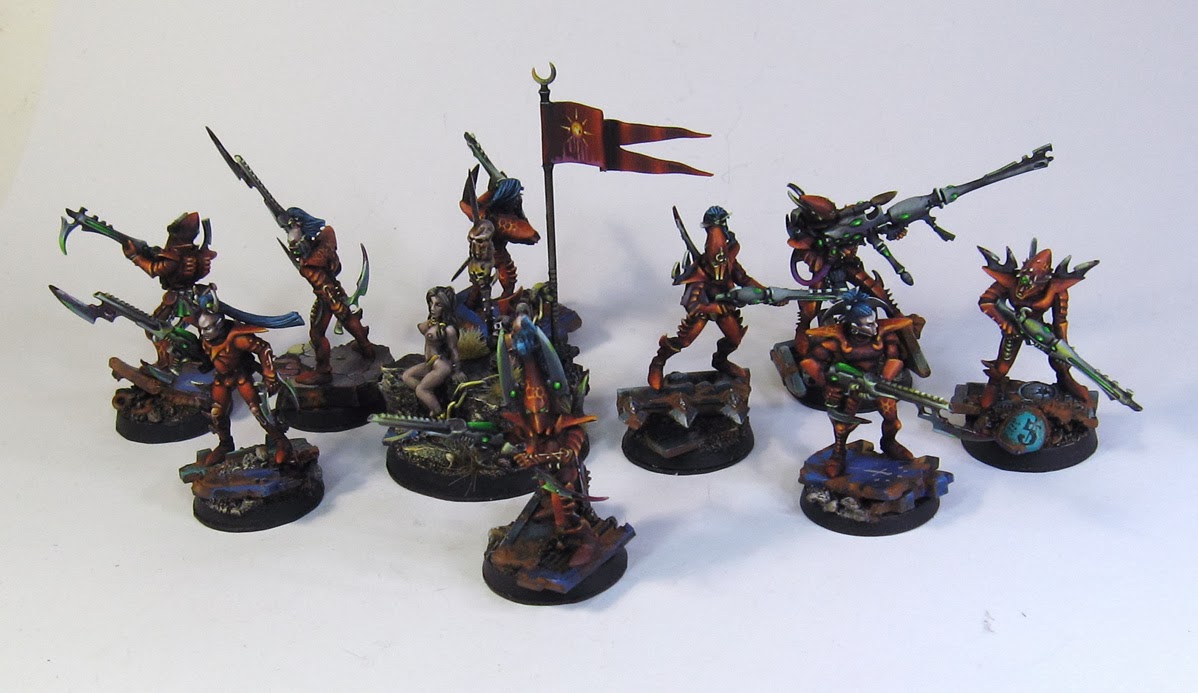 Posted by wappellious at 2:26 AM No comments: