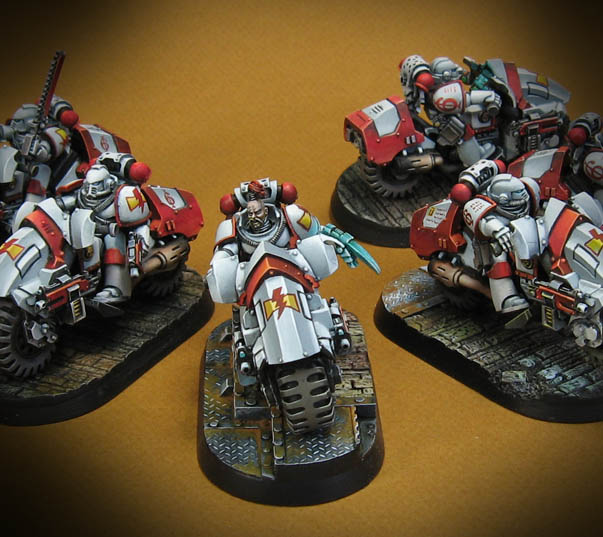 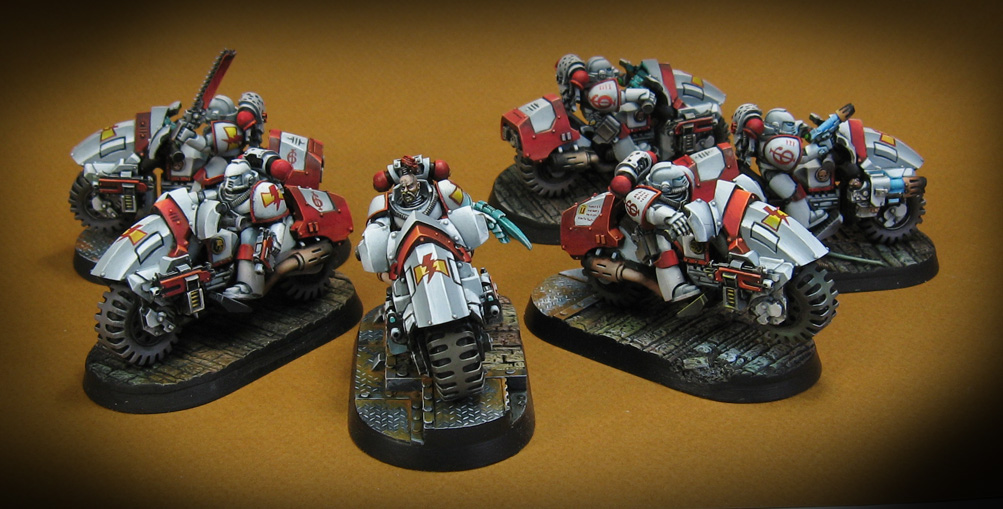 A very interesting squad to paint, to say the least. 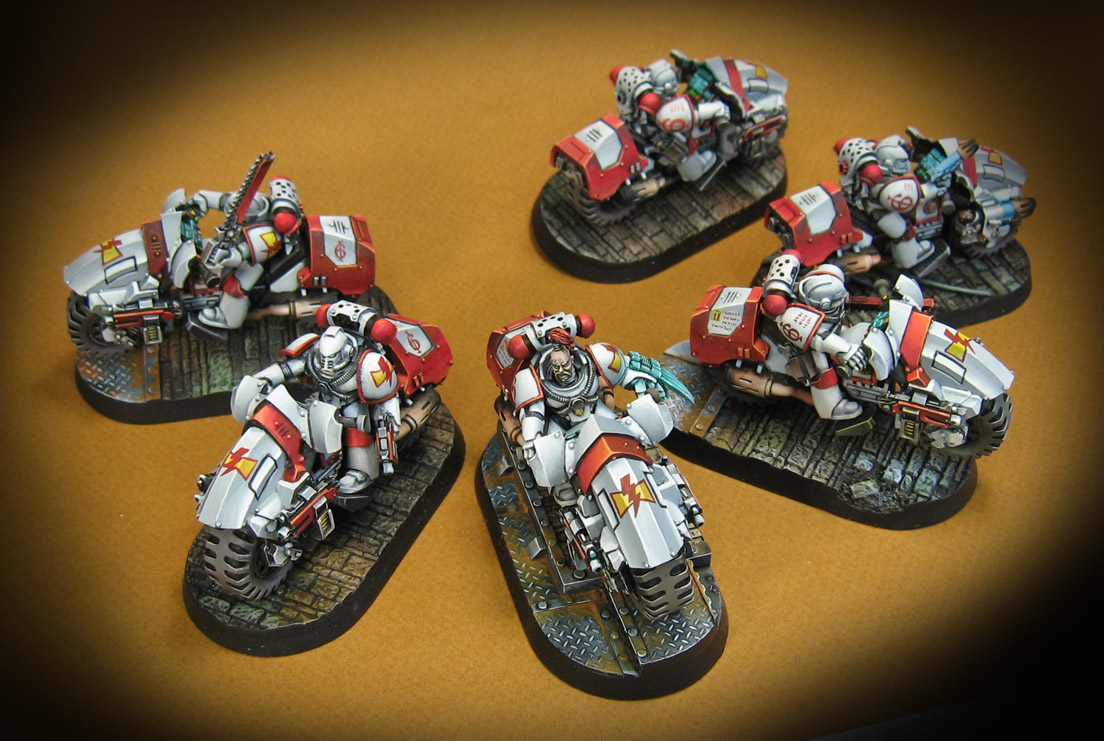 A very fun little project.  As I have mentioned before, painting 'neutral' white on anything is a massive rarity for me.

This makes a fair amount of White Scar marines that I have painted thus far.

Comin' right at you! 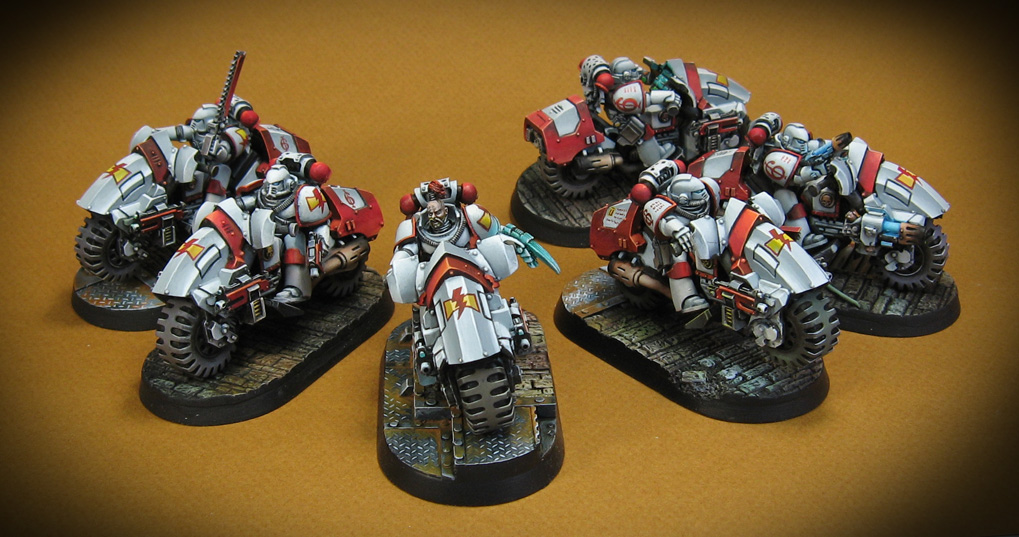 Posted by wappellious at 3:45 PM 7 comments: 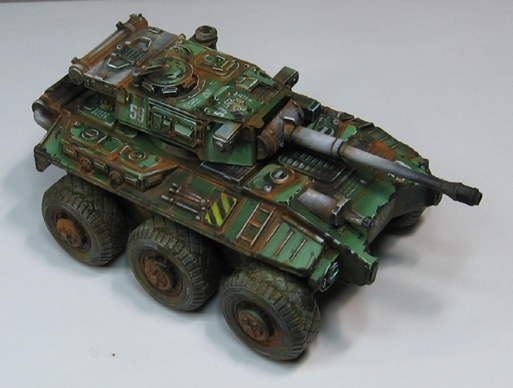 To create the setting for the 'Weathering and Battle damage' video, I had to carefully prepare another Secret Weapon APV so that I could show several aspects of that technique on one mini.  Many thanks to the good folks at Secret Weapon once again for allowing me to use such a great product! 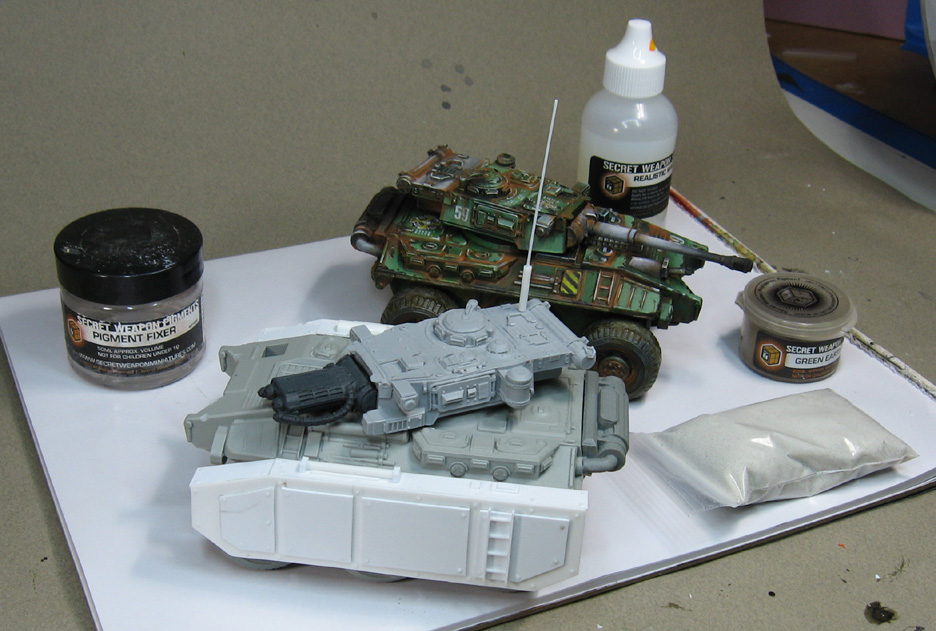 I wanted to show how to do some of the physical effects, not just the painting.  So, I designed some plasticard armor skirts that would not only give more surfaces to paint, but much more to chop up with an exacto knife! 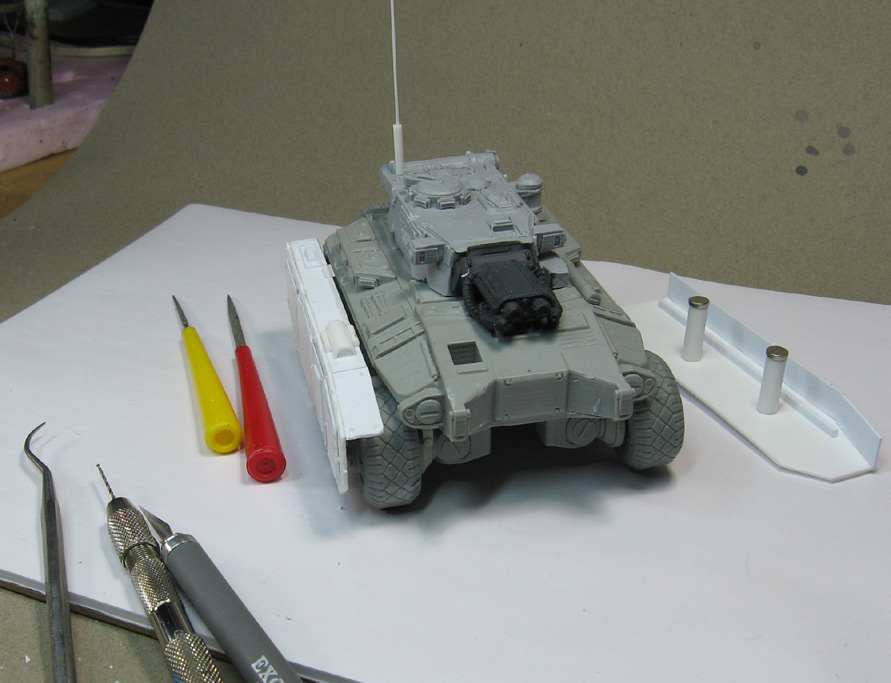 After doing some damage effects on those plasticard pieces, I did do a few little bits of chipping and cutting on the main resin vehicle. 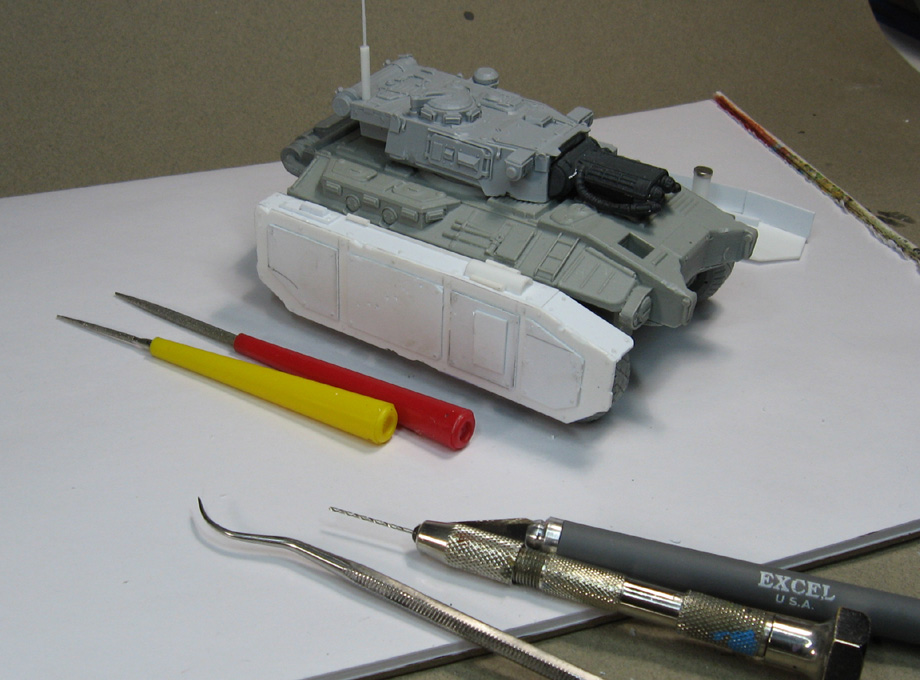 Everything was set up pretty nicely, so then I had to paint the vehicle itself, so that I could spend as much time as possible on the effects. 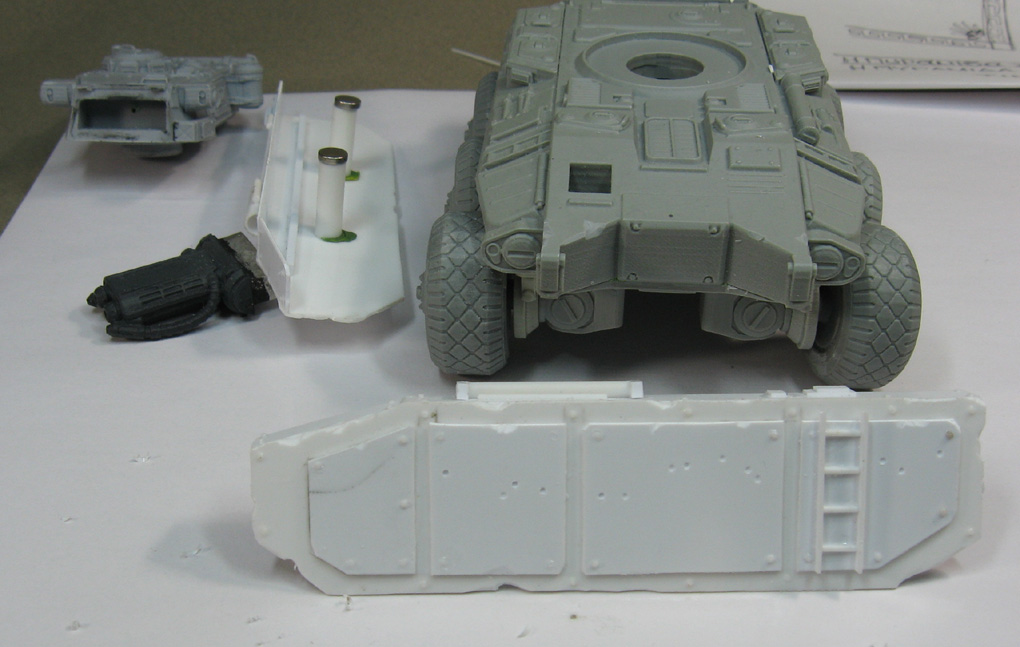 These subsequent images will show the 'shaded basecoat' process.  Yes, I do that, even on vehicles :-) 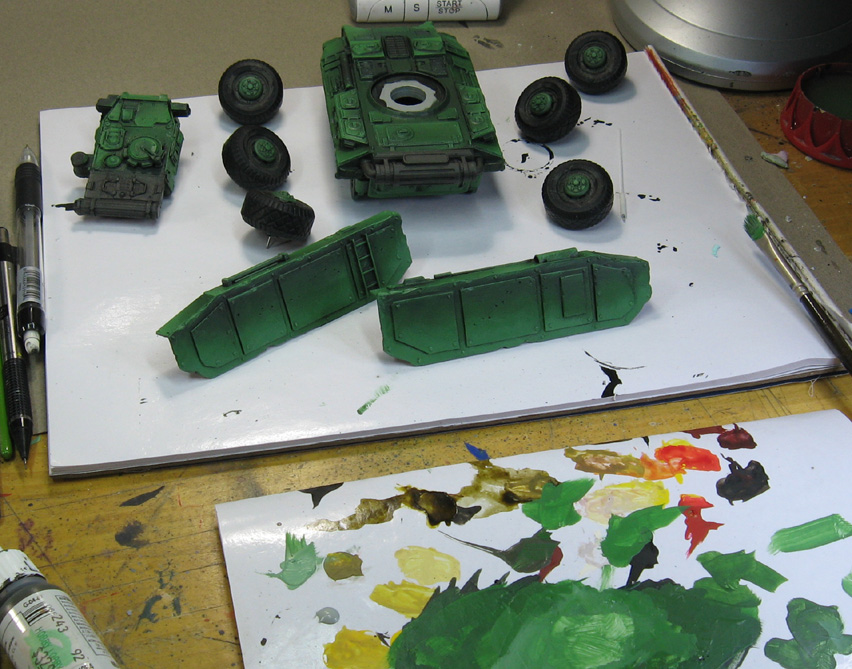 That means, of course, working lighter than normal, with the plan of adding more darks via glazing. 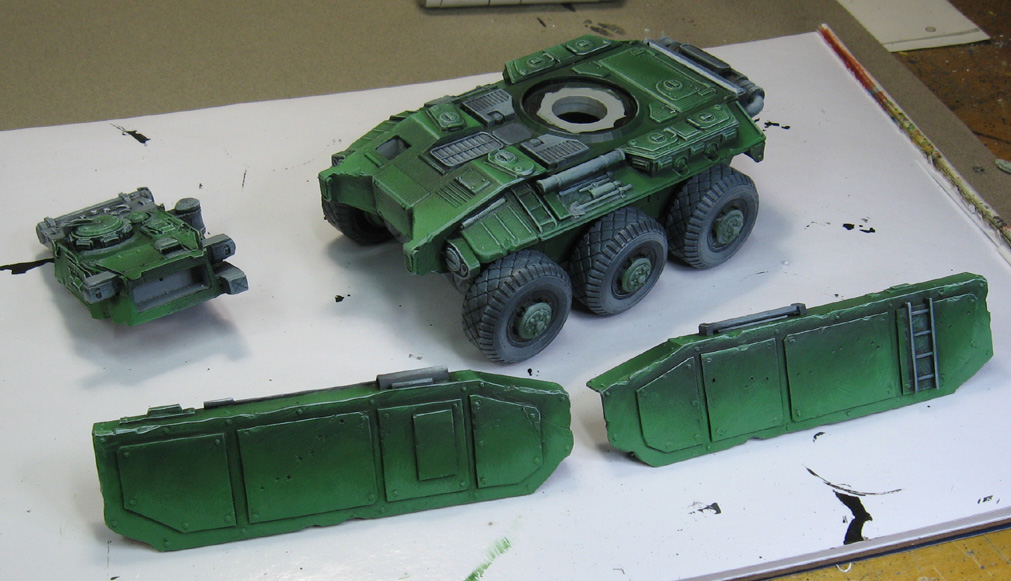 This was just about the end of that phase.  It sure looked a lot different from the white and grey object I had seen for so long! 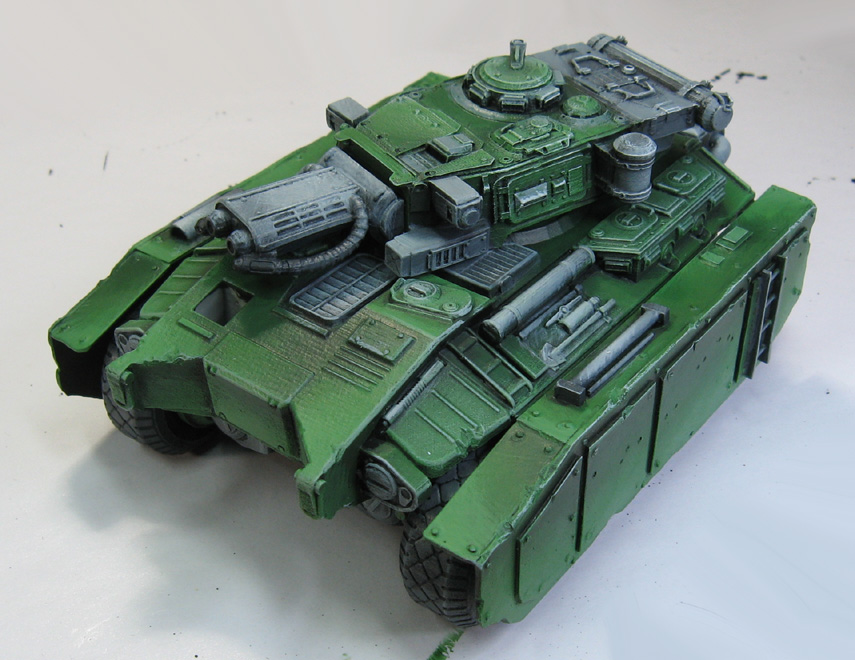 I added some more very bright highlights, and then started to plan out where the freehand would go.  That was an important thing I wanted to show with the weathering.  Having some weathering on top of freehand work makes both things look even more realistic.

The other idea was to do the weathering using a different set of materials on either side of the vehicle.  In other words, one side done with only paint, the other side with weathering powders!

Stay tuned for the next set of images that I shot of the freehand and the glazing process.  There were so many images from each part of this individual project, I had to break it up into several posts. 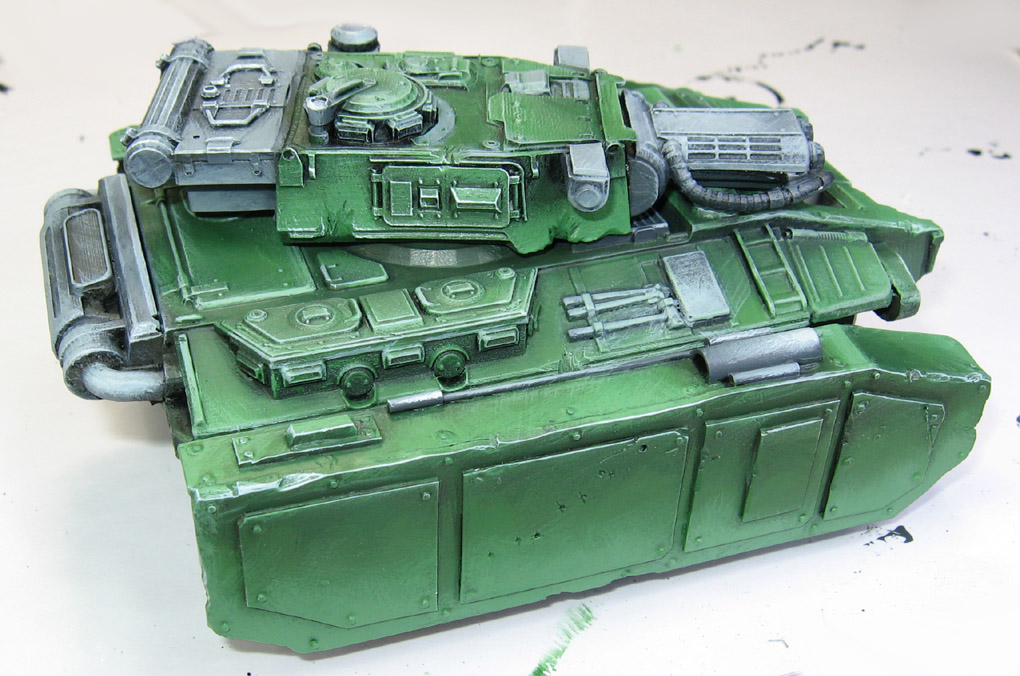 Posted by wappellious at 3:35 AM 6 comments: