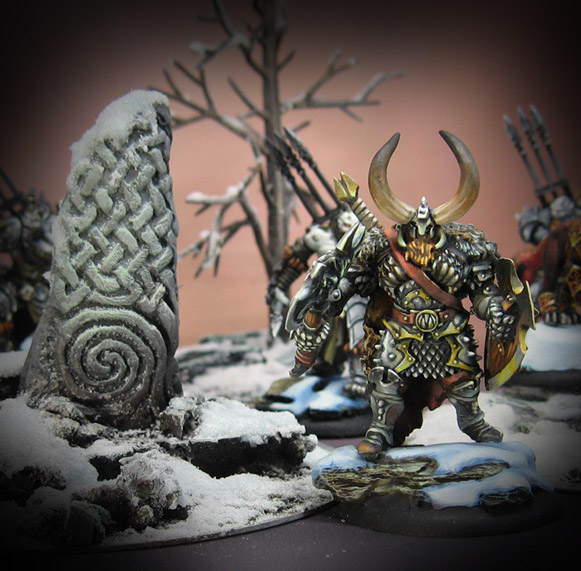 Here's a collection of figures that are all part of the same project. 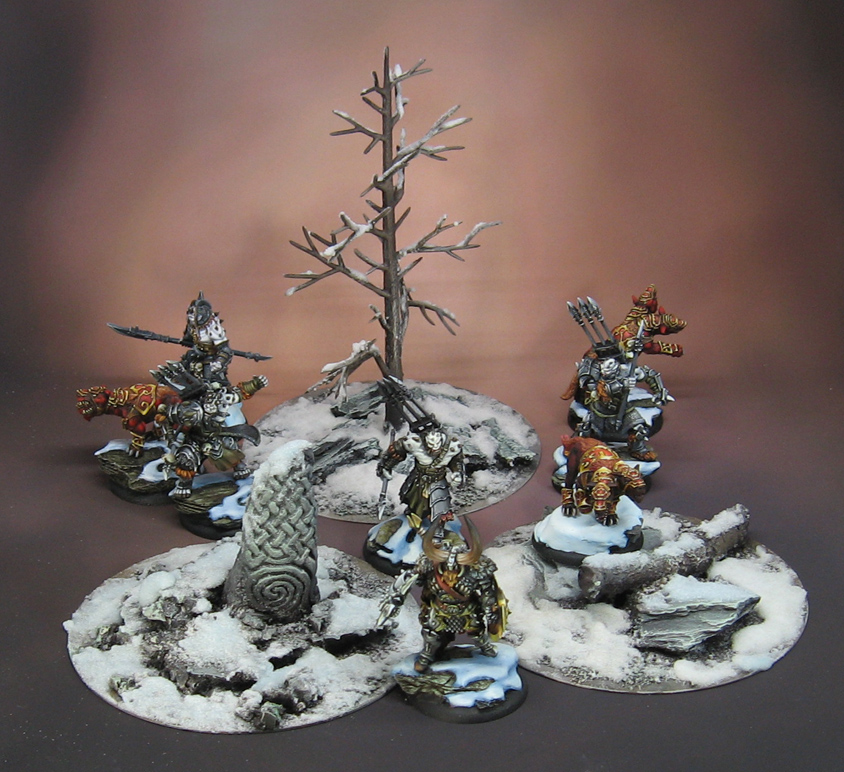 I just had to place these guys into the terrain pieces you saw me working on a while back. 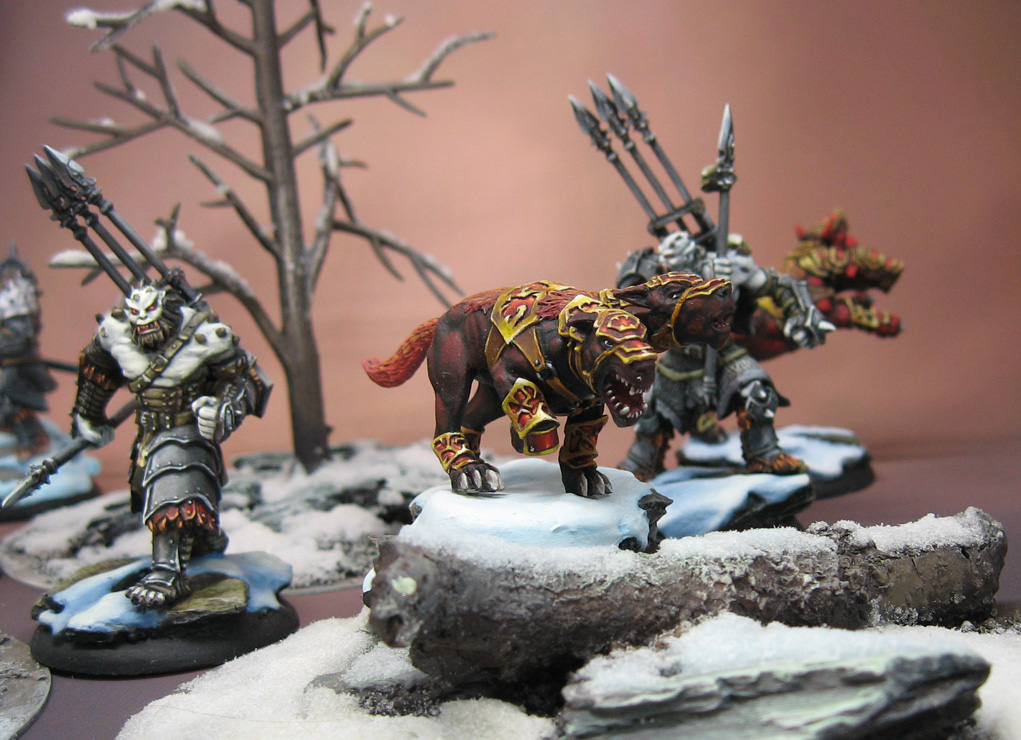 The action, or 'glory' shots, are something that I have tried to do more of recently.  Not only are they very fun, but it allows me to see the figures in an entirely different setting. 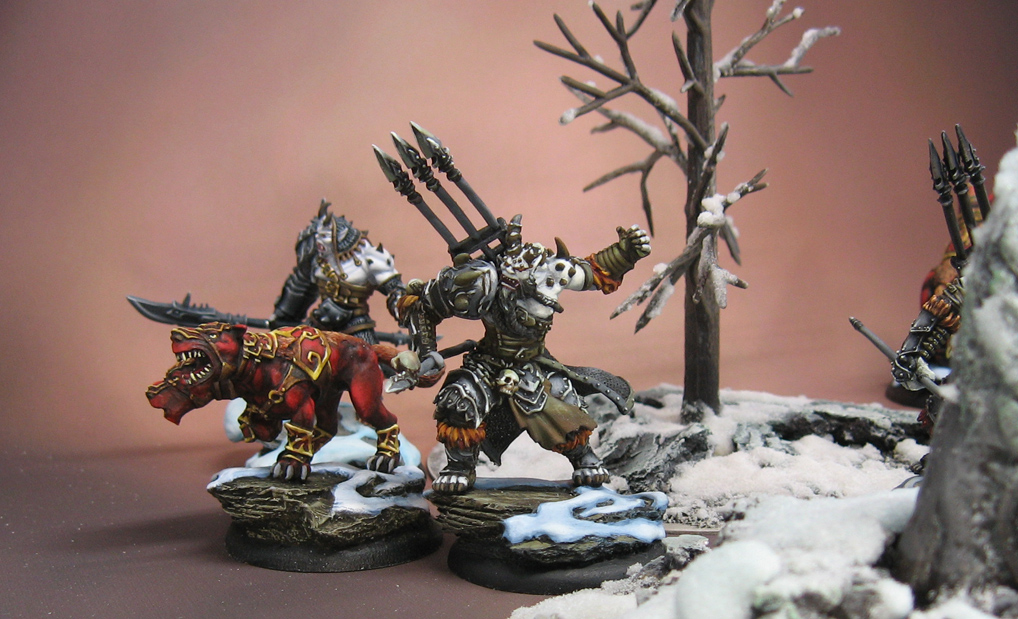 That can be helpful for many reasons.  You get to see how the overall composition and color choices which you have been making from a distance, but with an extra flavor that simple group shots don't provide. 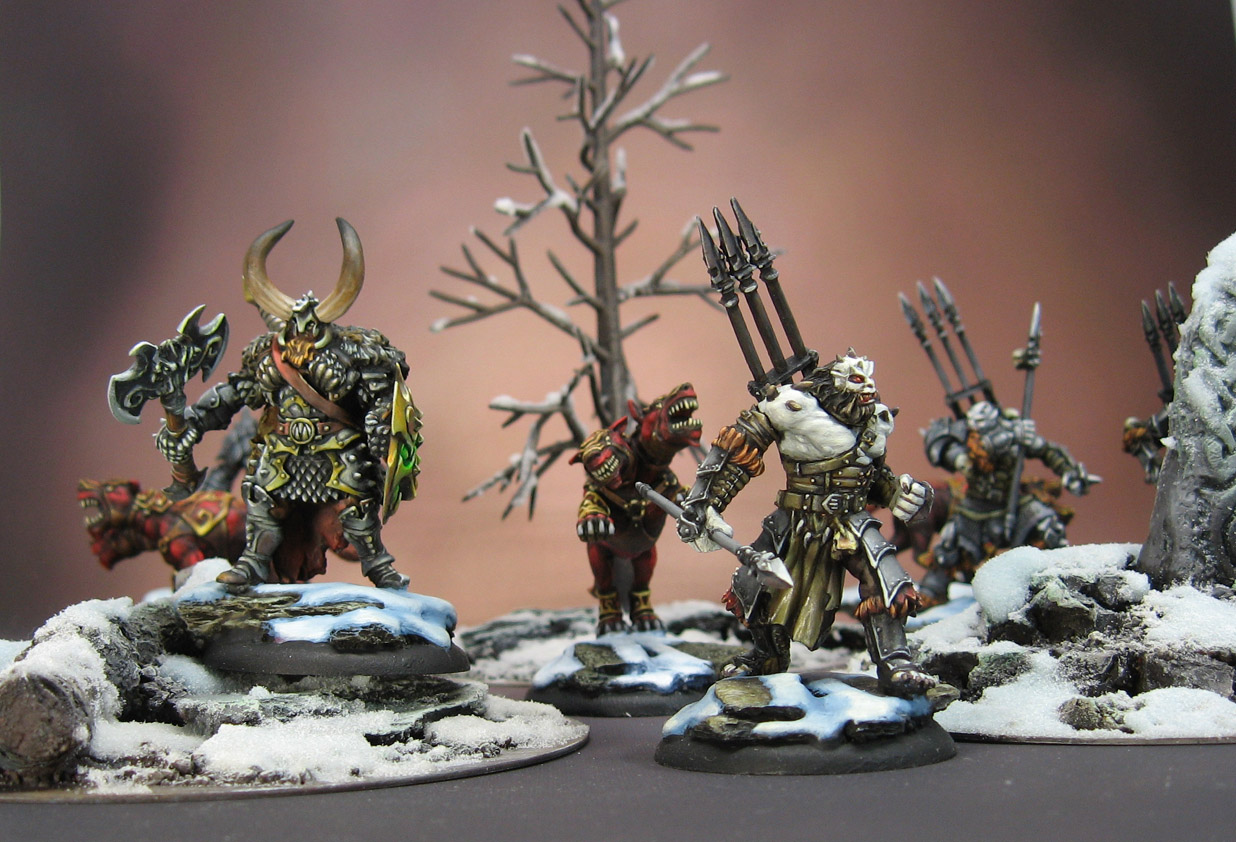 The greyish backdrop which I will be using is going to be quite striking with all this snow!!! 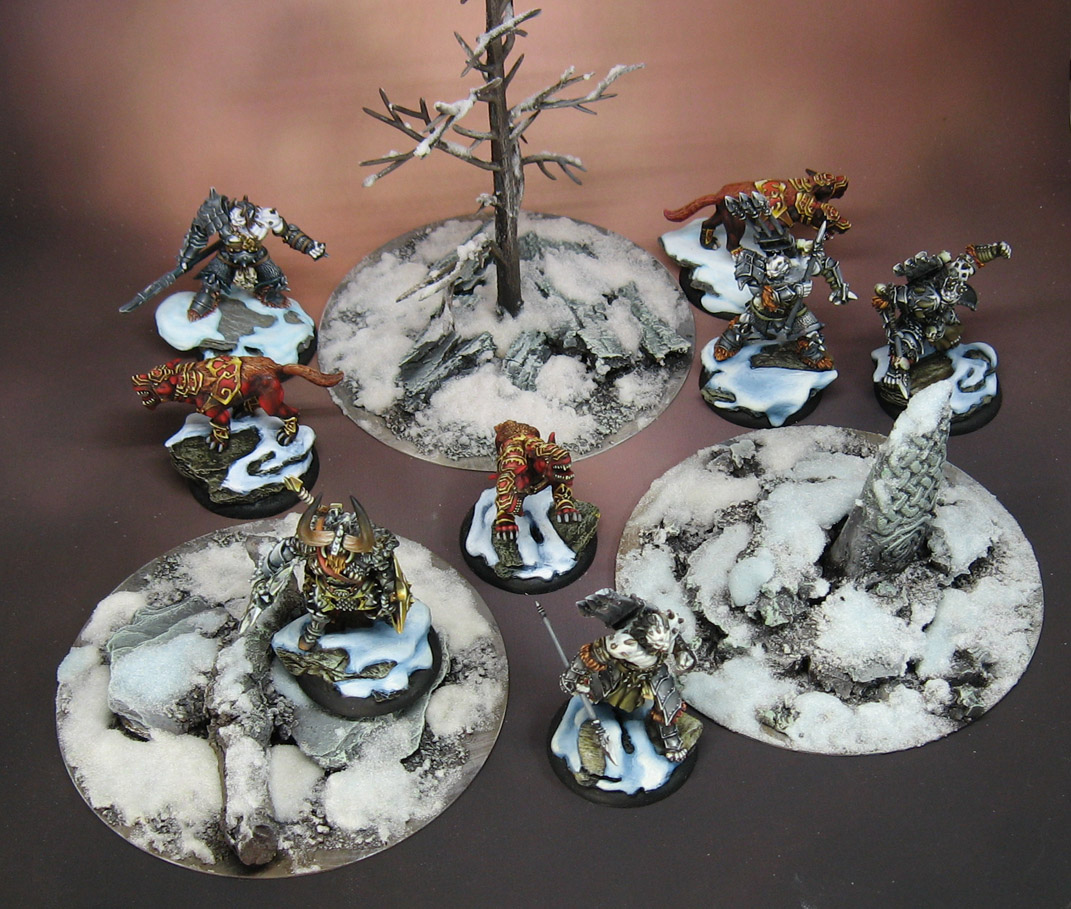 I have some foam hills and rocks which I'm working on that will go along with these tree and rock stands. 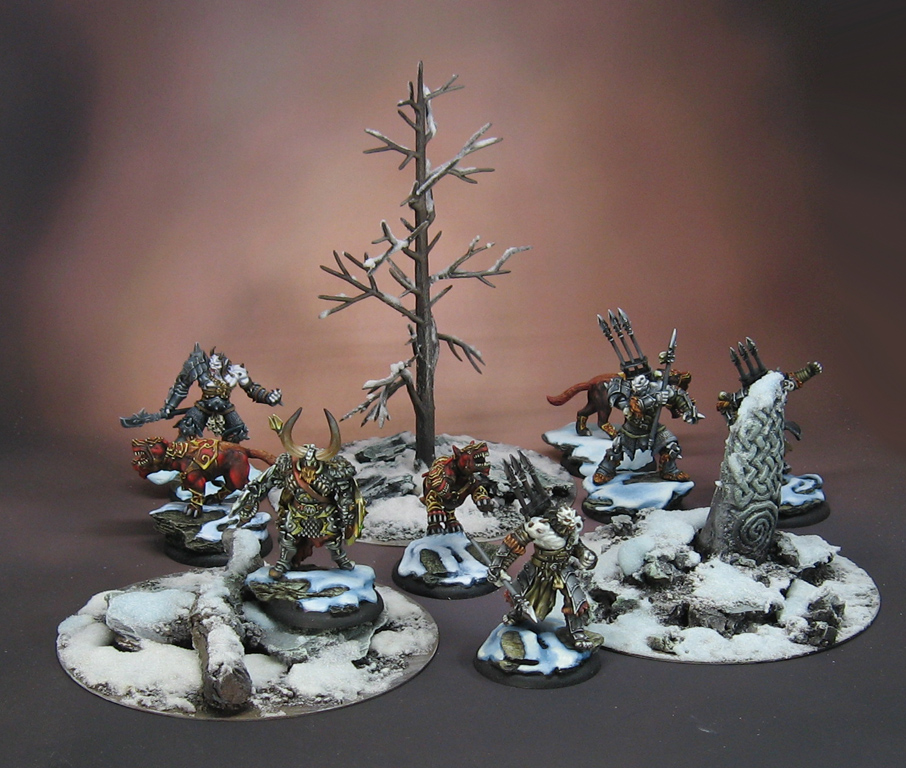 So, keep an eye out for the Great Frozen Hordes!!! 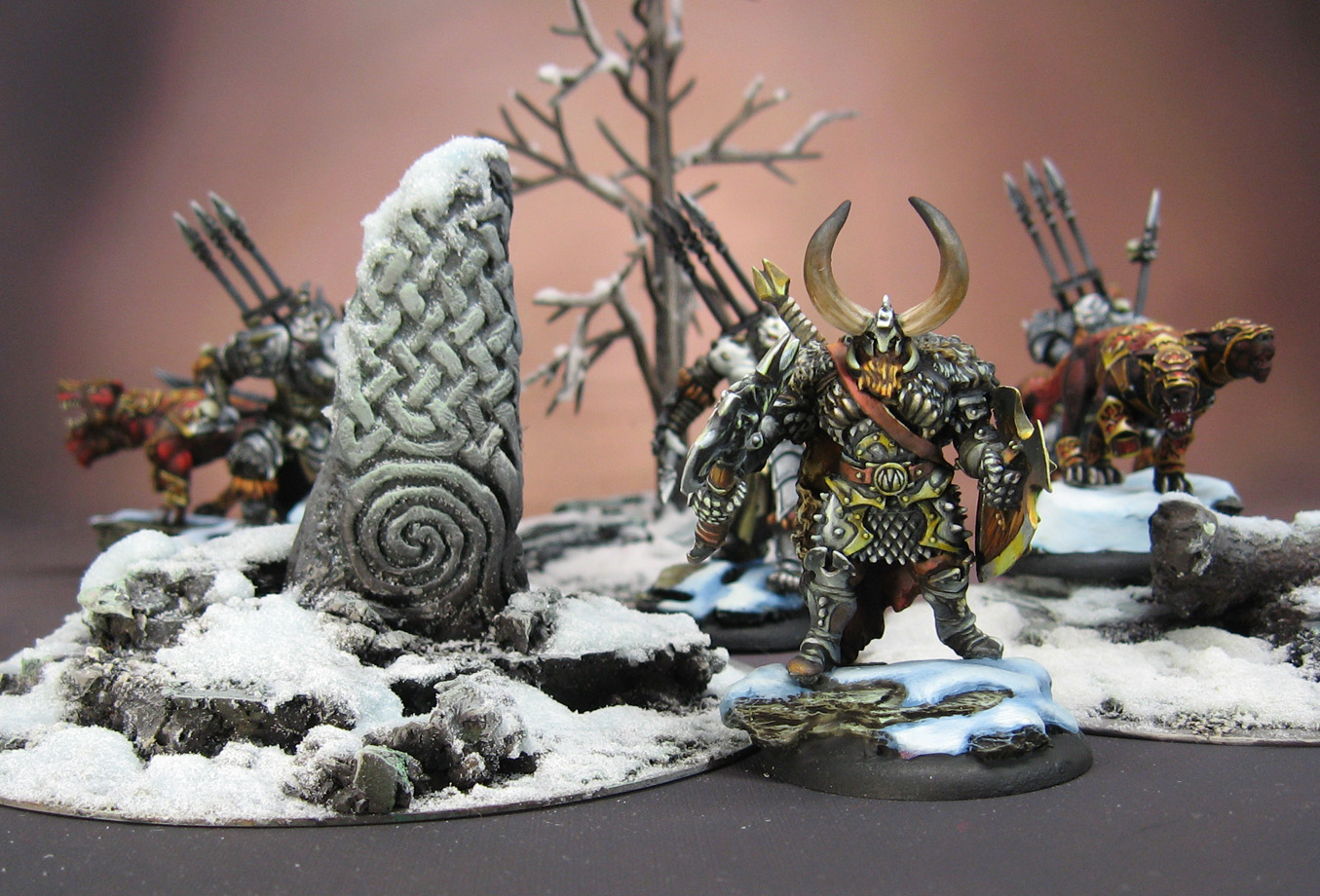 Posted by wappellious at 4:27 PM No comments: 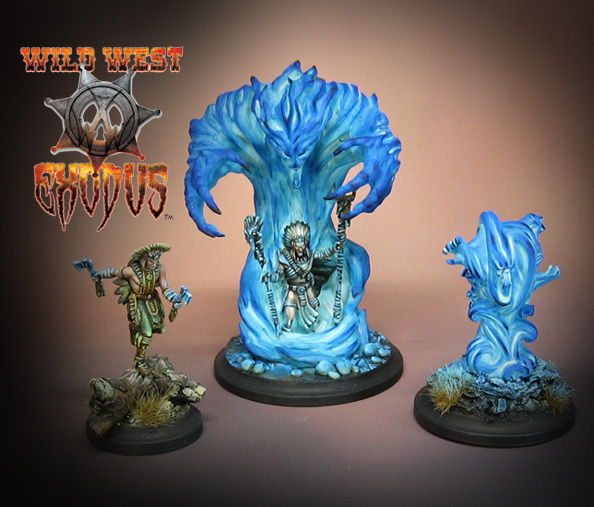 I thought you might like to see the 'regular' Apparition and War Priest alongside Chief Raven Spirit of the Warrior Nation. 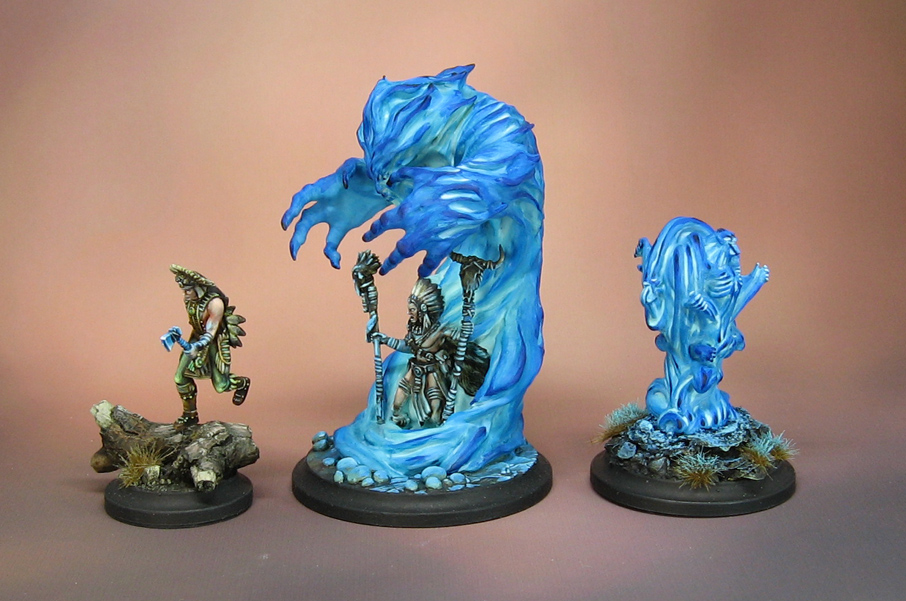 You can see that all the same principles applied to both the smaller Apparition and the larger summoned monster.  I worked the effect from the inside out. 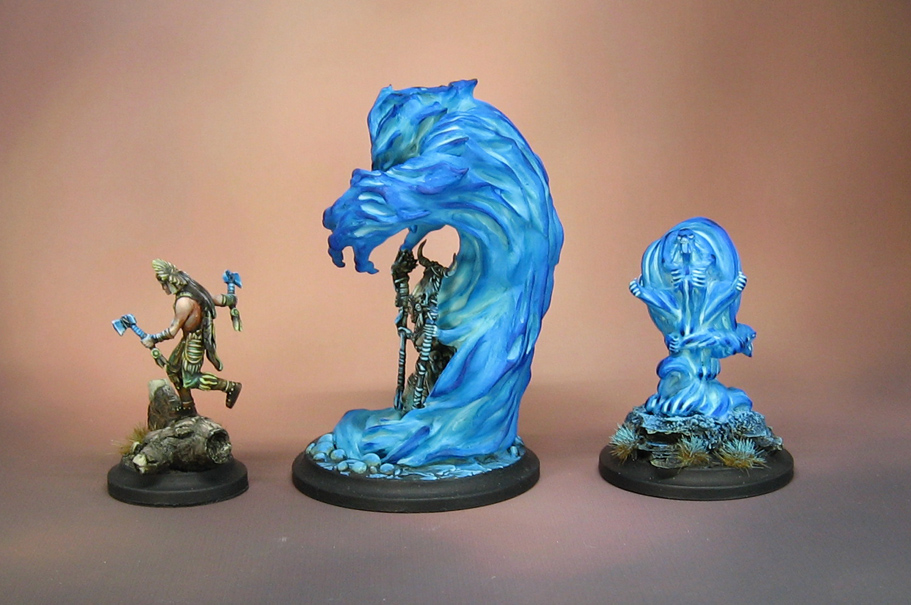 I also attempted to vary the colors a bit, with some parts being more of a reddish, or purple blue.  To contrast that, I also made an effort to get some teal green in there too. 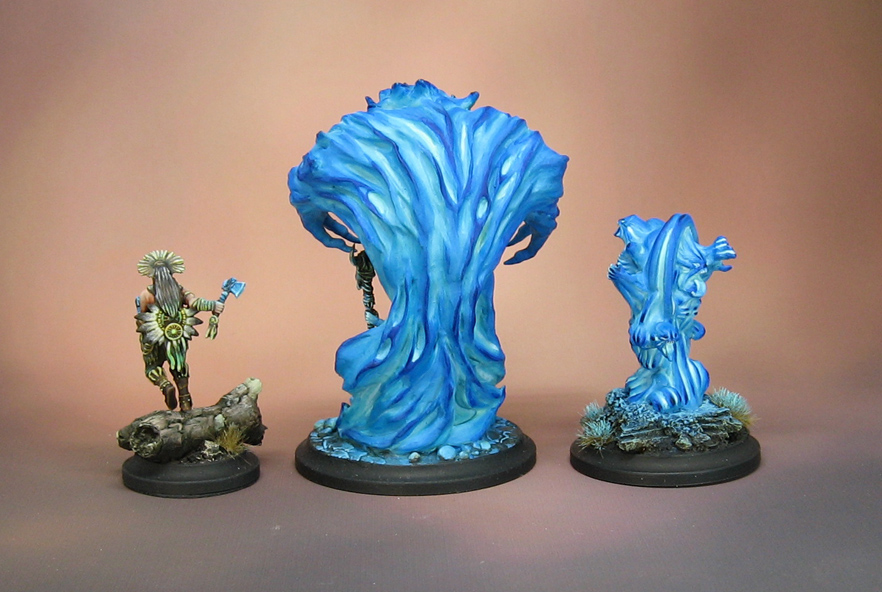 The bigger Apparition had more of an angular sculpt, which made a big difference in my approach to shading it. 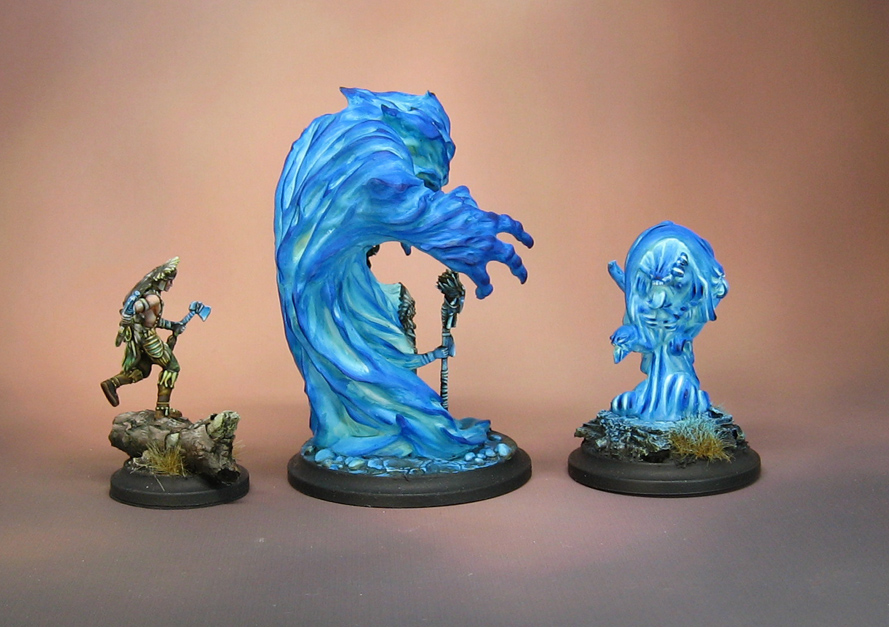 The smaller, more rounded Apparition could not have as many dark shades to it. 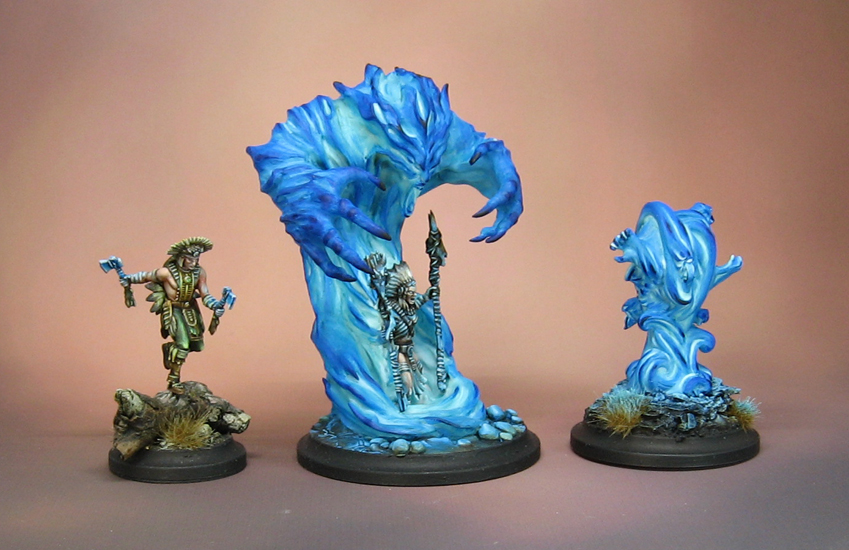 I am looking forward to seeing how these both play out in the game! 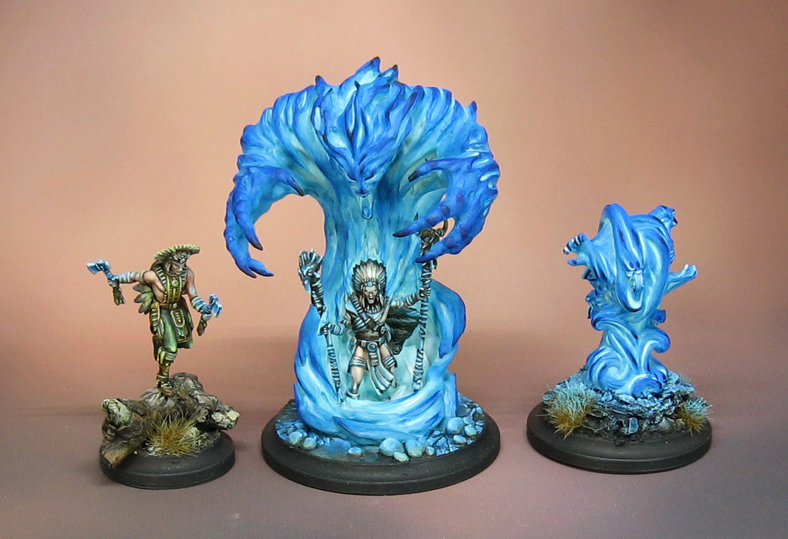 The two summoned beasts side by side... 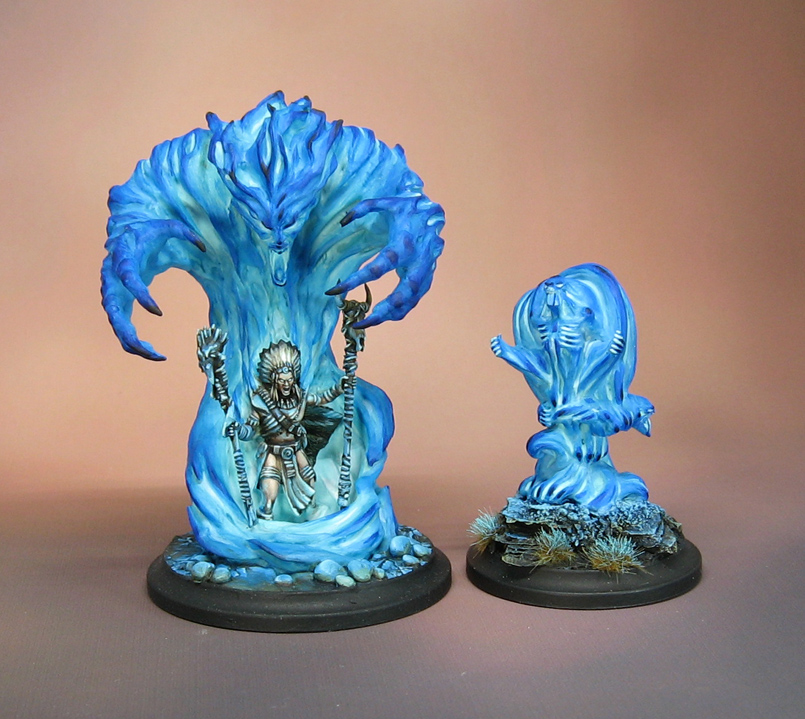 The Energy of the Great Spirit resides within them, making them indestructible. 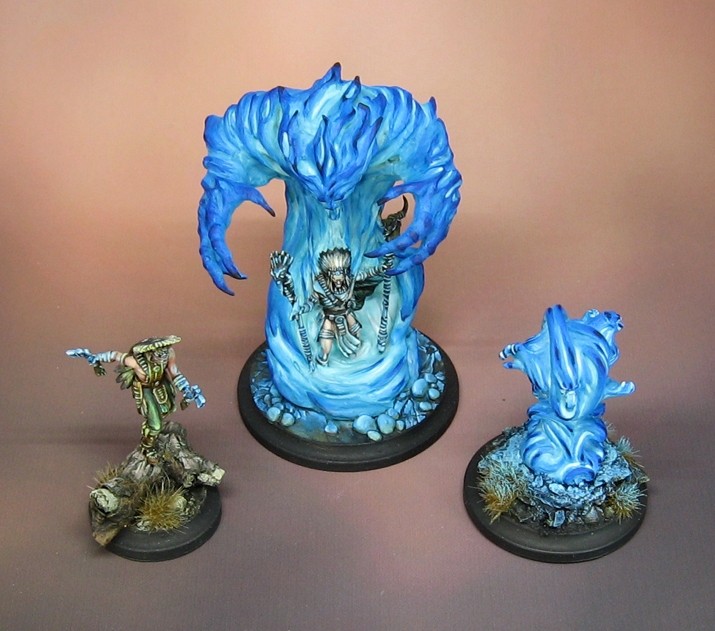 Chief Raven Spirit can call up to two of these Apparitions at one time, so it looks like I have to make another one! 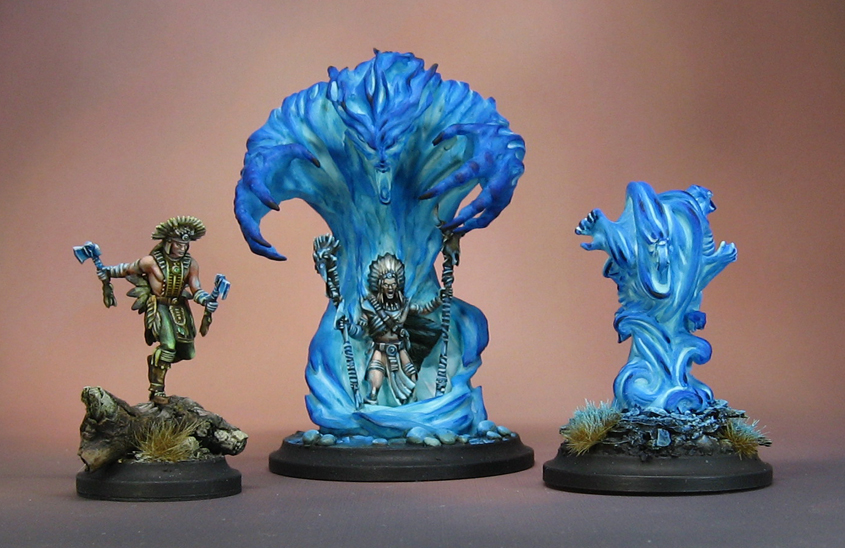 Stay tuned to the eventual first fight of the Free Peoples!! 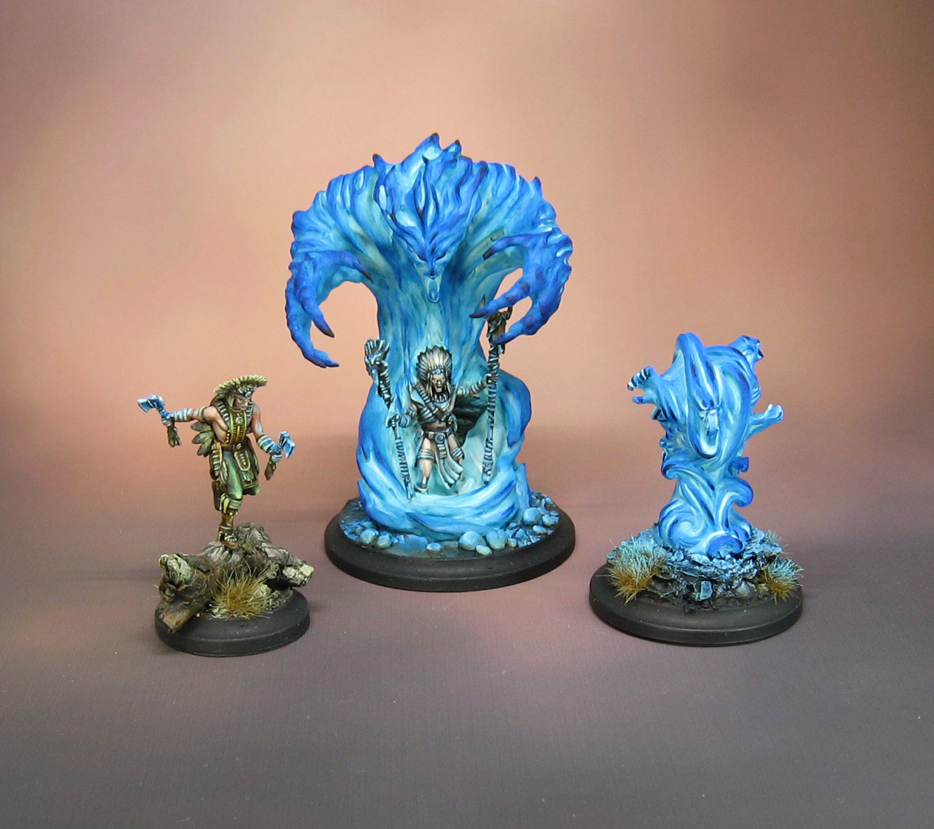 Posted by wappellious at 1:57 AM 6 comments: