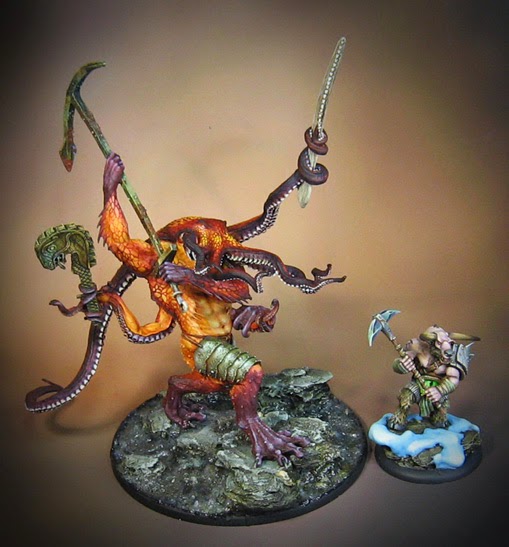 Here are some new views of the massive sea creature from Mierce Miniatures.  There was no one angle that showed all the craziness of this figure!

These views from above give you a better glimpse at the freehand pattern.

As I mentioned in some of the comments, I went back and forth on this as I was painting the pattern.  I worked it darker, then went back into the lighter colors, and so on.

Since the head had to be painted separately from the body, I had some "unifying" to do once those were joined together. 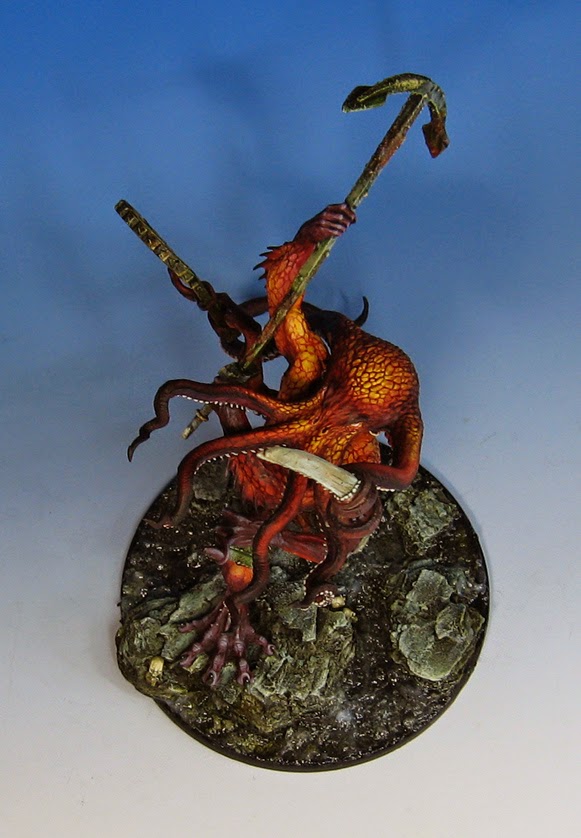 This view shows the contrast I was attempting to get between the more greenish colors of the anchor and wooden prow against the higher chroma, warmer colors of the head. 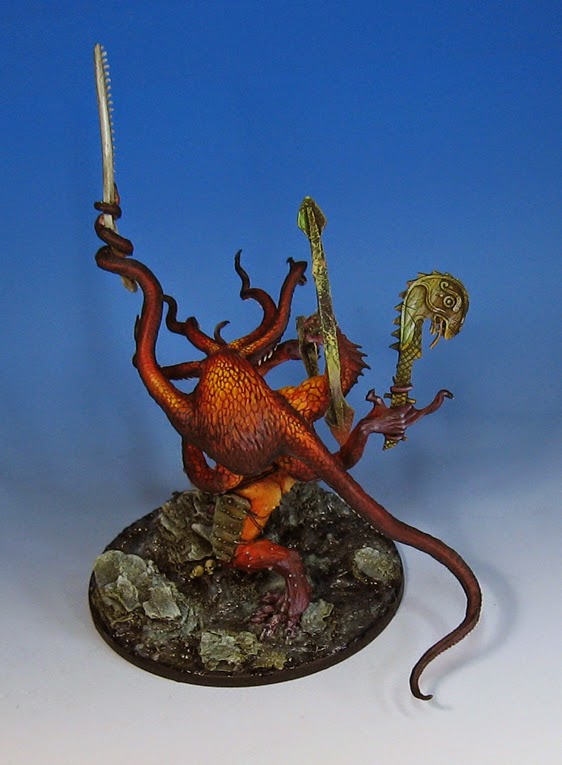 I eventually decided to make the leg "armor" a similar set of colors to the prow in order to spread that 'base' color around.  It was highlighted with a very light blue, in fact :-) 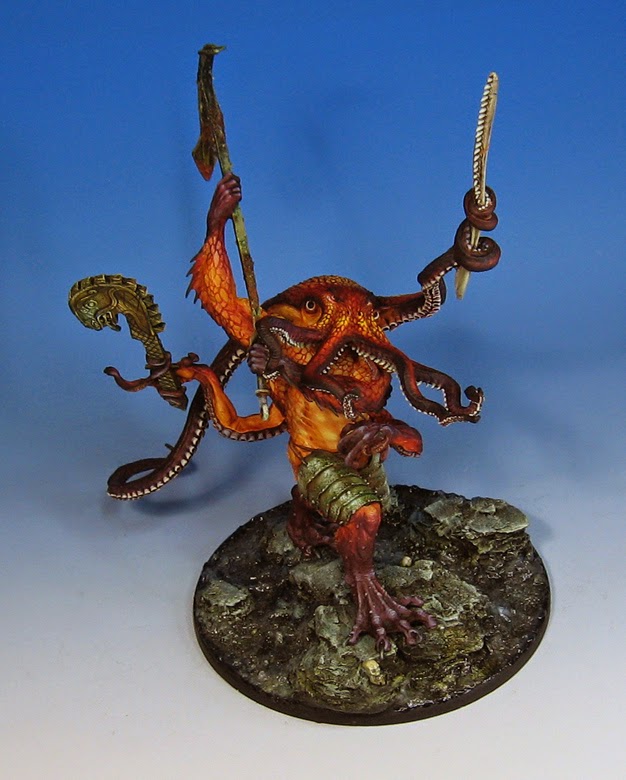 Here's the first size comparison.  Yes, that is a Minotaur next to him!  The base of that "tiny" Minotaur is 50mm.  Yeah... HUGE! 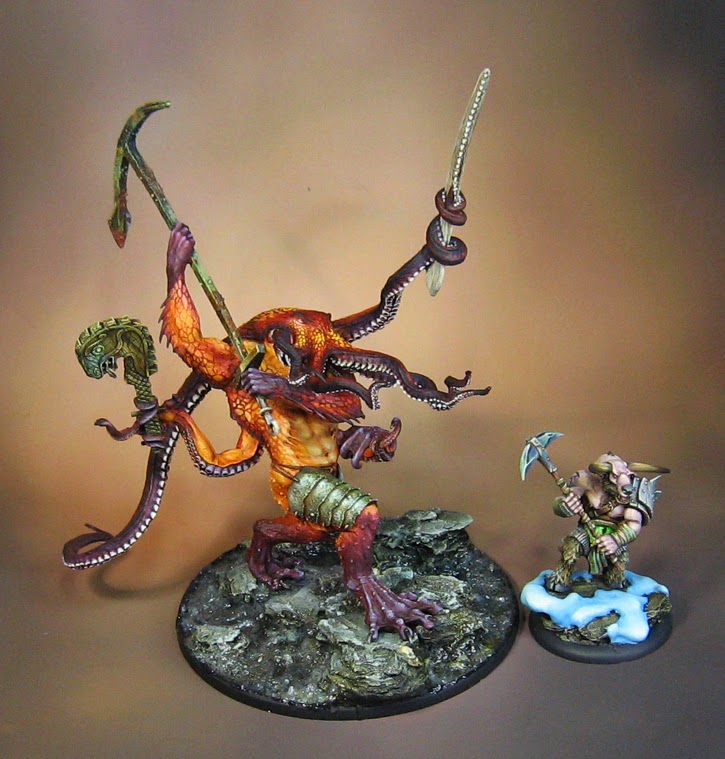 It's interesting how this backdrop emphasizes the cooler colors of the base, anchor and prow. 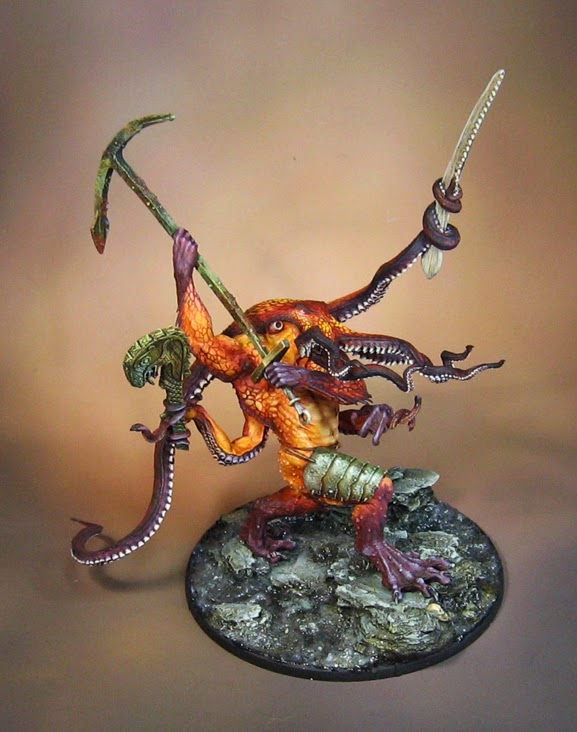 I have one more set of images coming from this guy... a "family" shot with a wide variety of Mierce Monsters to give you an overall idea of size. 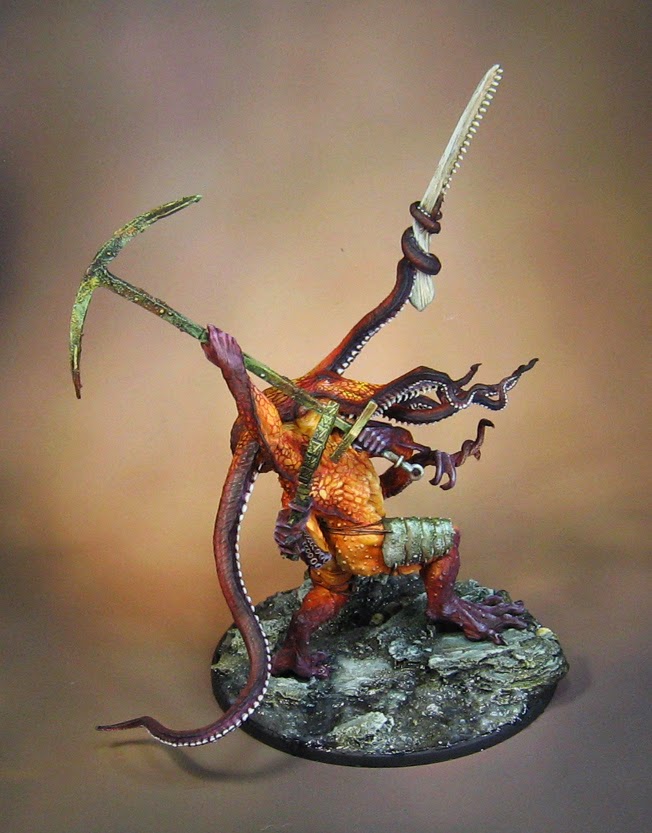 Again, the water effects was layer after layer.  I wanted to be careful, working in thinner applications. 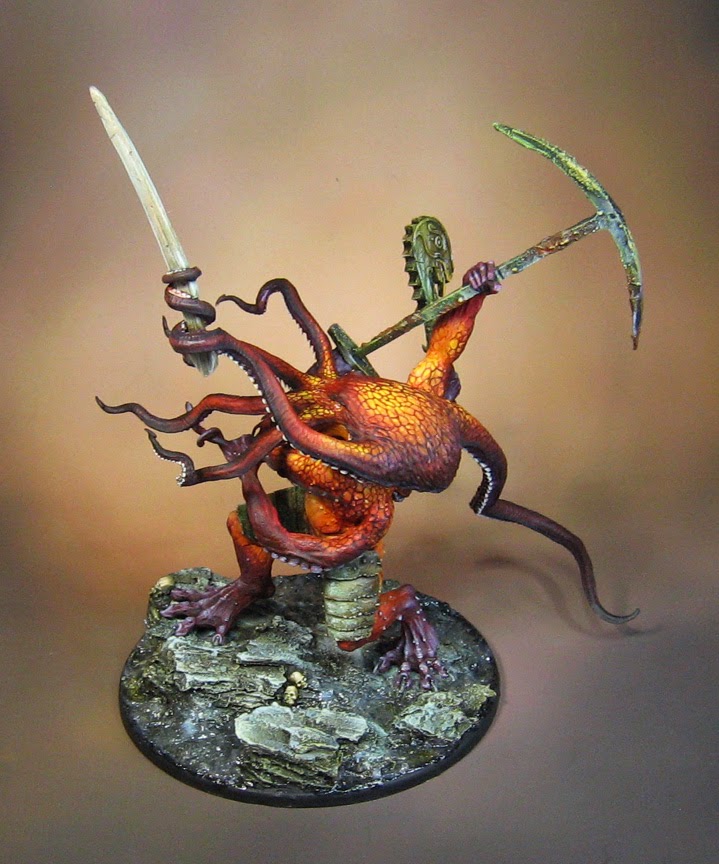 I was worried that if I made a clump too thick, it might never cure on the inside! 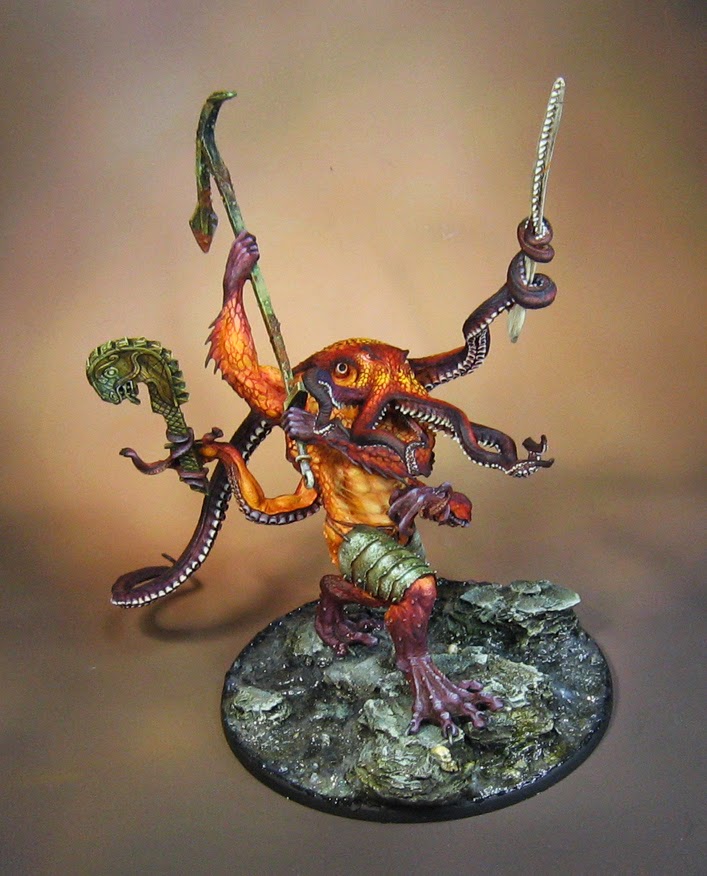 OK, continuing with the "size matters" campaign, we have a giant transport vehicle for the Mechanicum army.

This is the Triaros Armored Conveyor.

These innocent looking pieces don't show you just how huge it is. 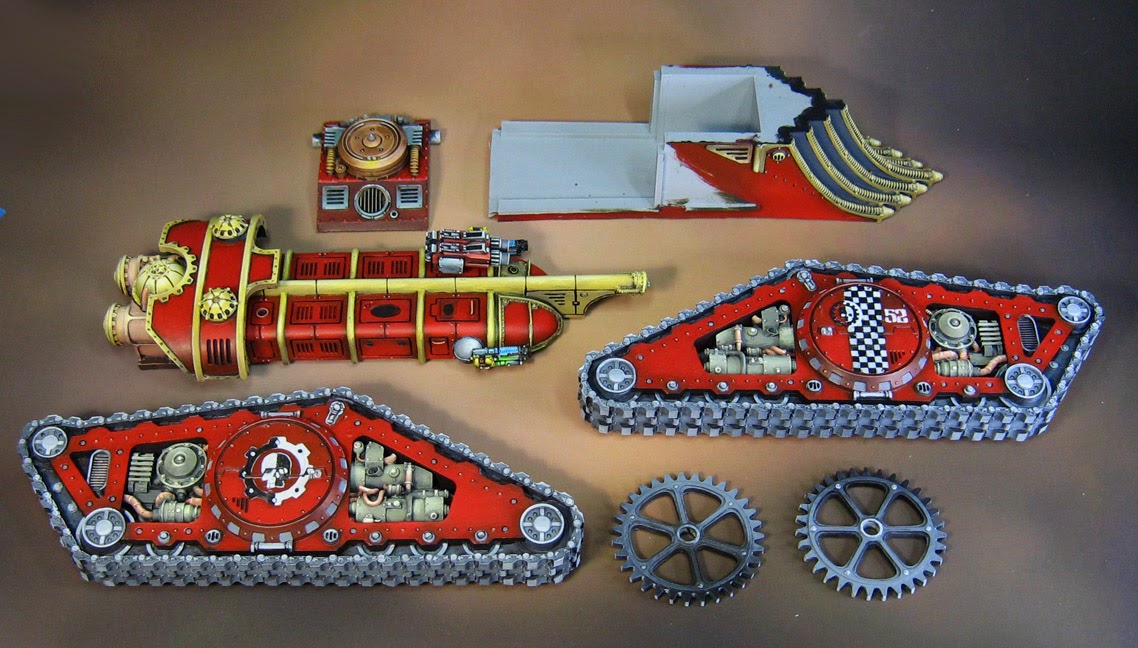 Each of these pieces is a massive hunk of resin and they are very heavy.  This will surely be the heaviest thing I have painted thus far. 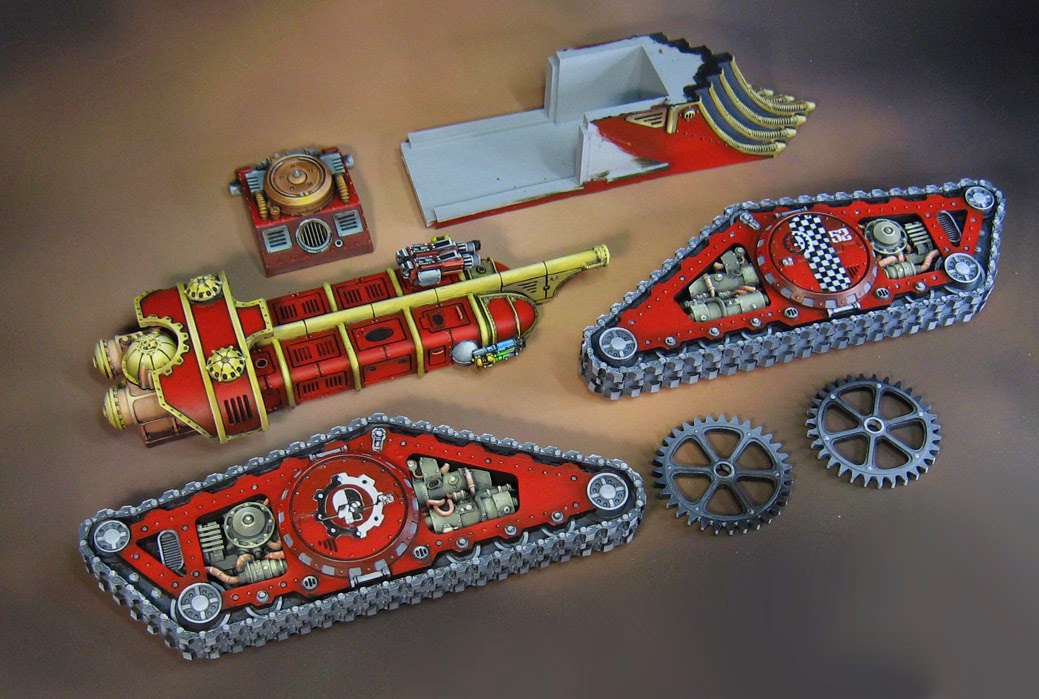 Aside from getting my brush into certain areas, I had to do this in sections, since the pressure of my hands holding these heavy resin parts is enough to scrape off paint as I turn them around and around. 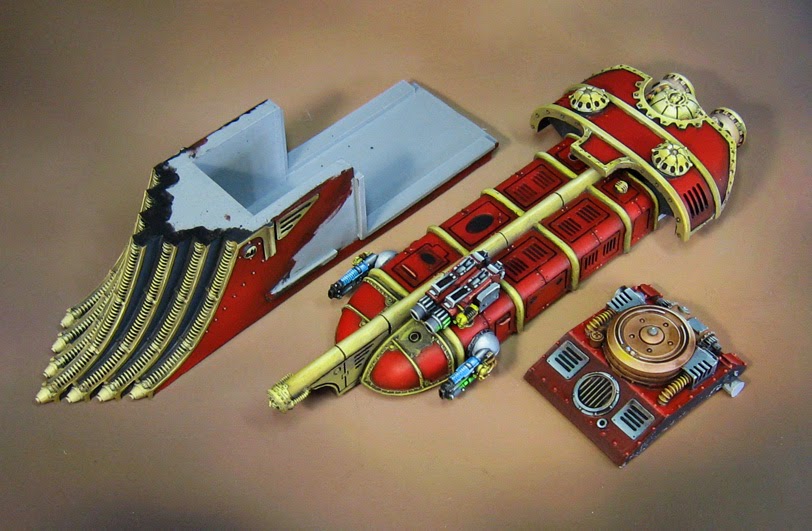 Even these tread sections are in two big parts... the inner workings, and the outer shell.  These are not yet attached, as this is still the Shaded Basecoat process.

All of these pieces have since been tinted and shaded much darker.  Glaze after glaze applied, just as I did with the Krios and other Mechanicum figures.

There will be a dramatic difference when you see that phase play out, adding depth, shading, and more to this gargantuan vehicle!  Stay tuned... 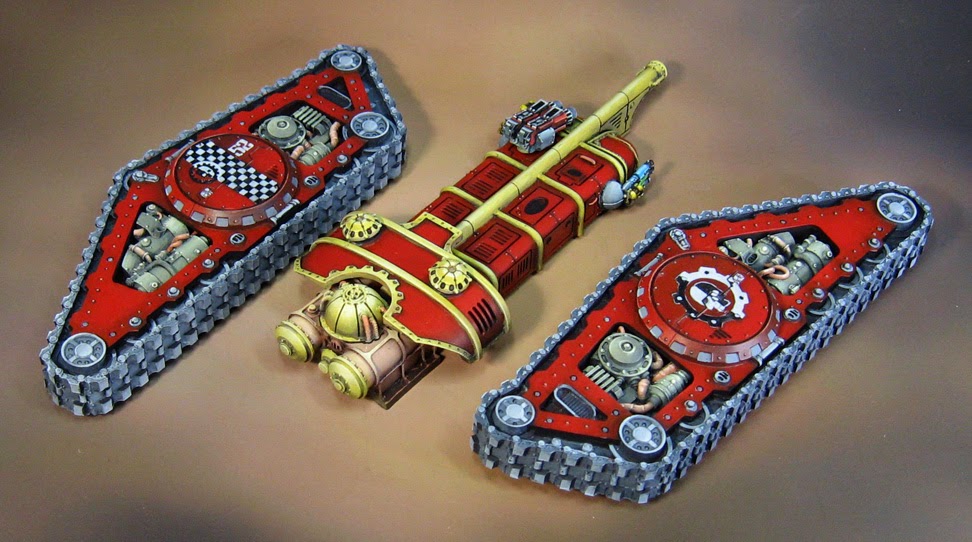