The old is made new! 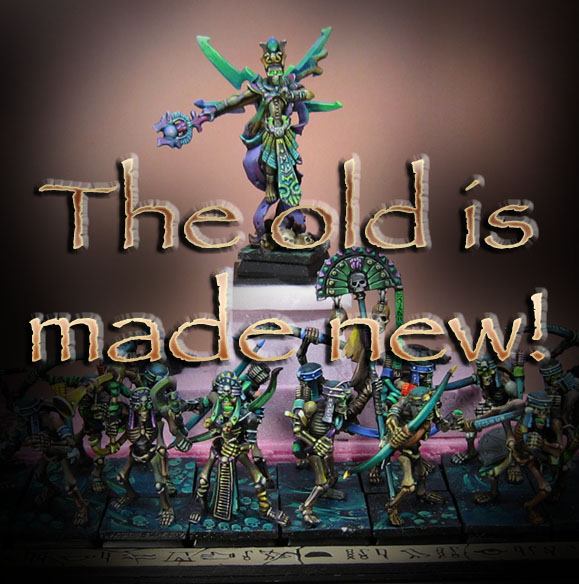 After the first test game last week, I realized that I was going to have to rework all of my movement trays.  Since Kings of War involves set unit sizes, I would try to get all of the units to be the appropriate shape for the next battle report!

I wrote up a new list, still utilizing what was already at hand.  I only had a few hours to do this entire operation, so doing things that saved 20-30 minutes here and there was key. 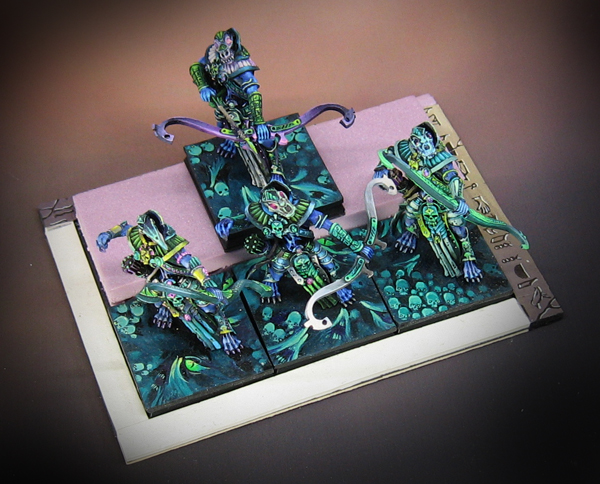 Originally, this was a large movement tray for a mass of chariots.  Not wanting to waste the magnet sheets, the matboard and the sculpey, I chopped it up to fit six Enslaved Guardians.  The painted section is from another large tray that was cut up to fit another unit.

I added a panel of pink foam to elevate the fourth archer.  It solved the issue of ranking up, and once the braziers are added and everything is painted, it will look better than ever! 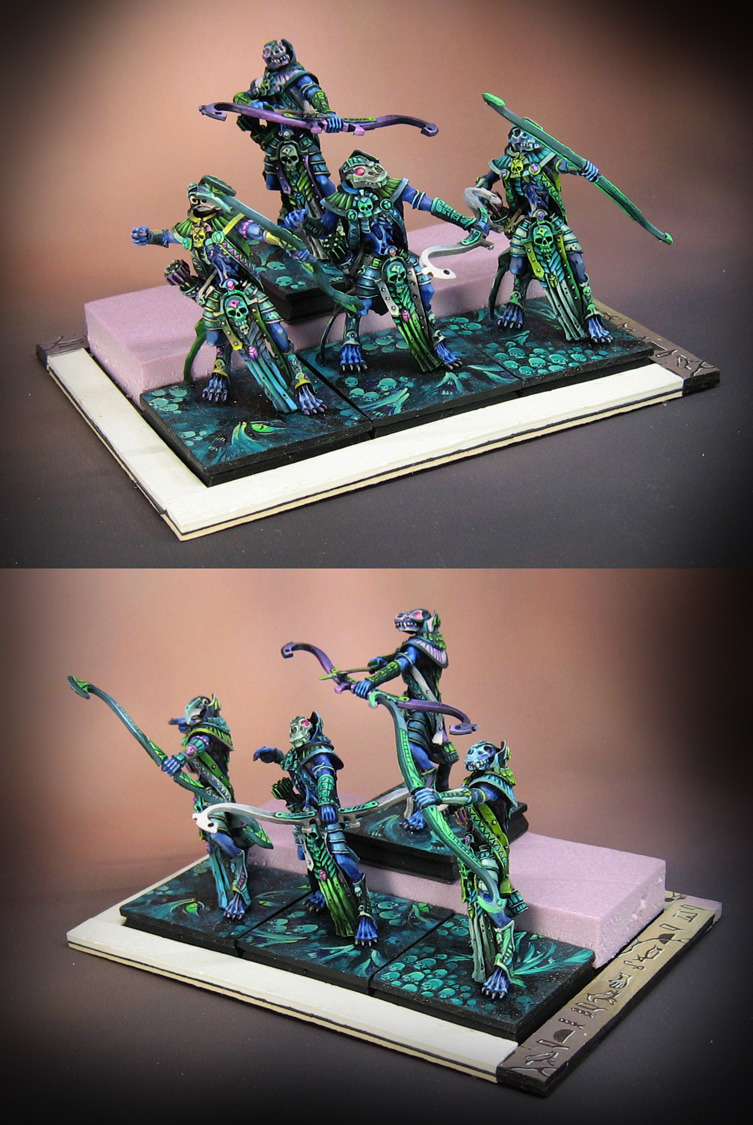 This tray was originally used for a unit of 4 Ushabti.  Obviously, these guys work much differently in this system than when I made these Carrion/Scavengers.  I cut down the tray so that it was three wide, and then created a unit filler to match the bases of the two Scavengers. 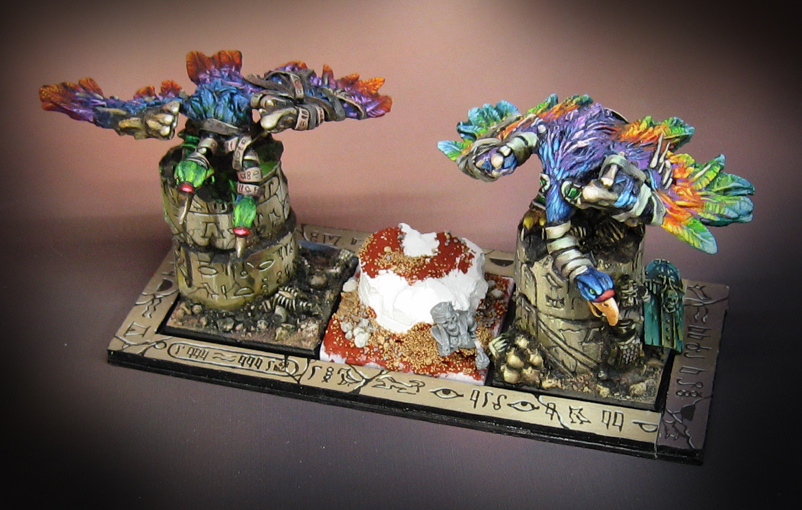 I had a number of broken columns already cast from previous projects, so this was a simple and quick fix!! 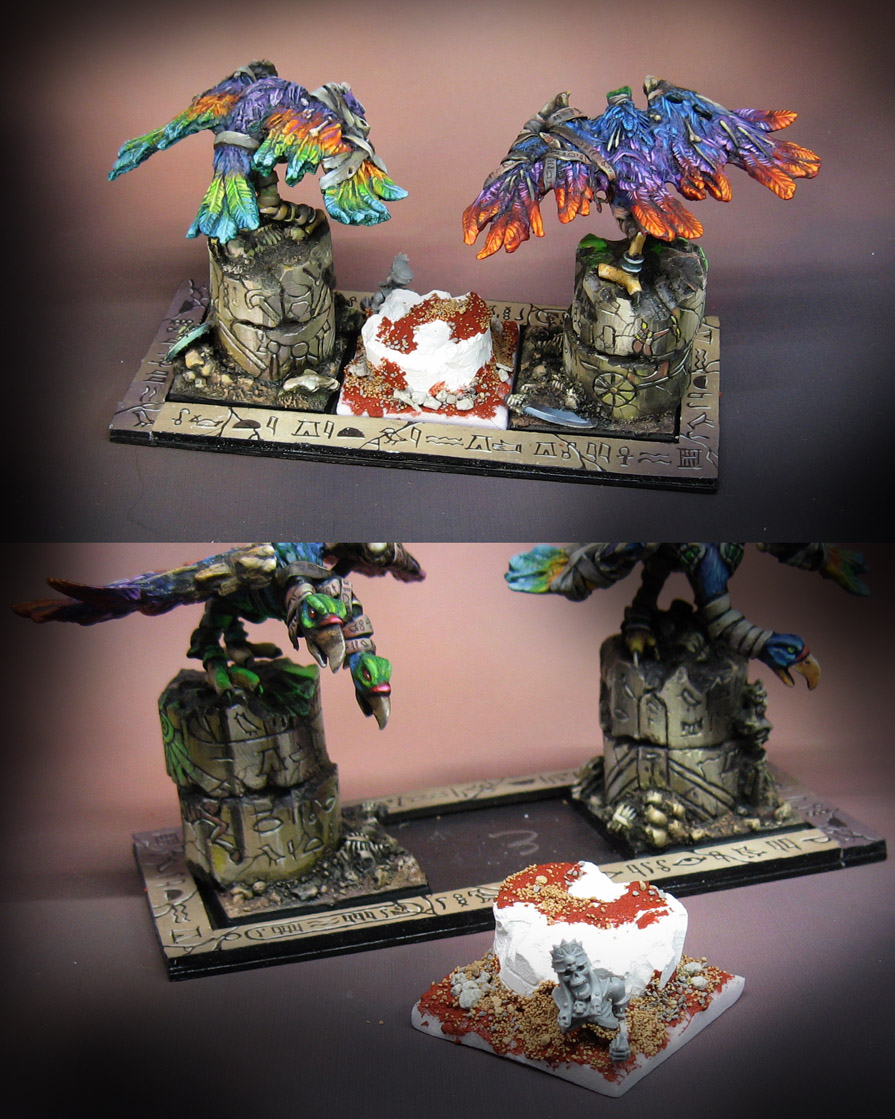 Here's the biggest switch that was needed.  I had to take a 2x10 archer tray and make it valid for a horde.  Quickly.  Very quickly.  I didn't want to construct a completely new tray from scratch, so I ended up cutting a tray for another unit which was never made and splicing it to this one. 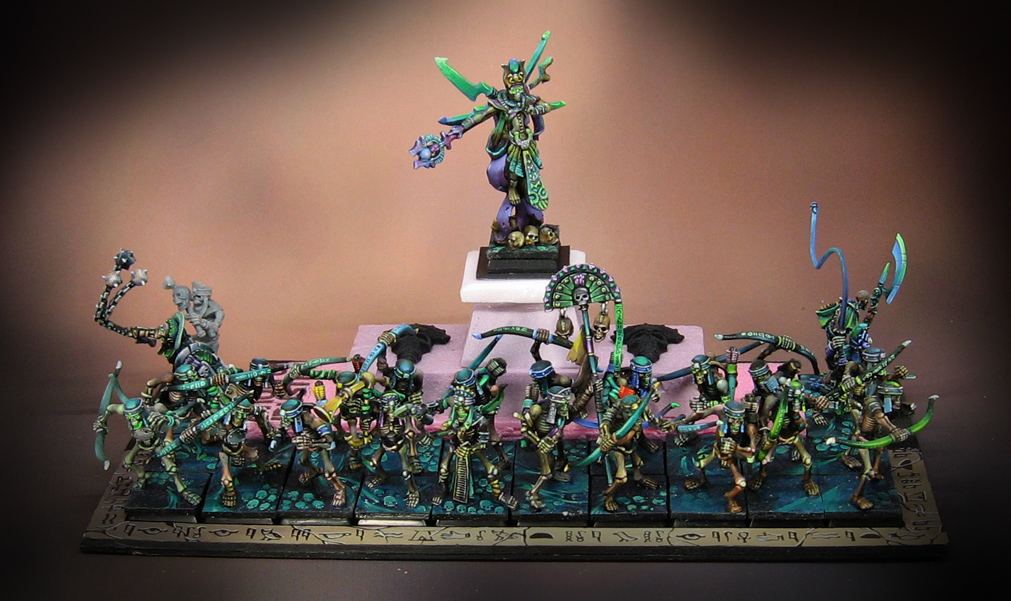 This image shows how the back half was added.  To create a bit of height, and make it look more interesting, I glued on a few levels of pink foam.  Braziers will also be placed on this later.

I will add a few more archers around the perimeter, and keep that High Priest (he's a Reaper BONES figure, by the way!) on the altar.  This will make a total of 25 figures on the tray, more than enough to designate the horde formation. 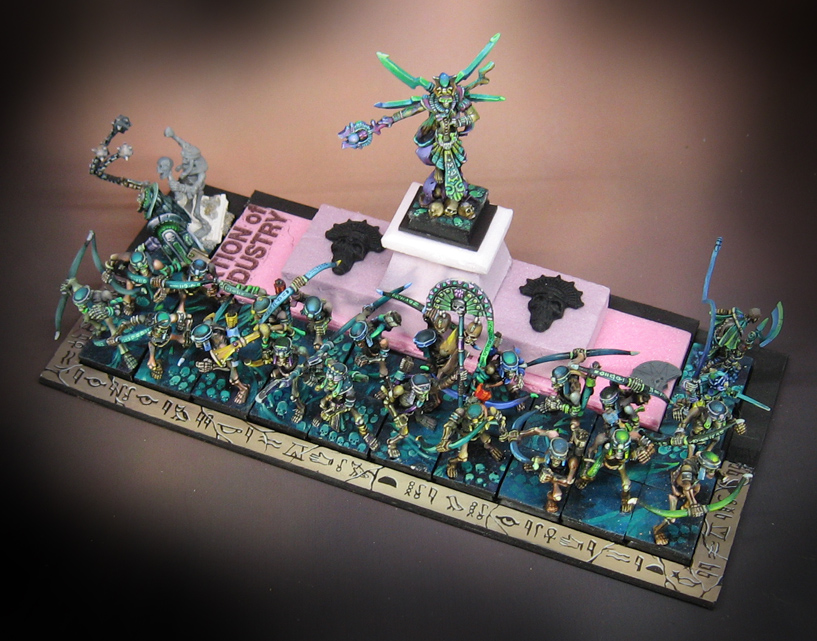 You can see the various heights of the added foam.  It will be painted like the interior of the Tomb complex... like this:
http://wappellious.blogspot.com/2015/01/dare-to-enter-tomb-city-of-pseusennes.html 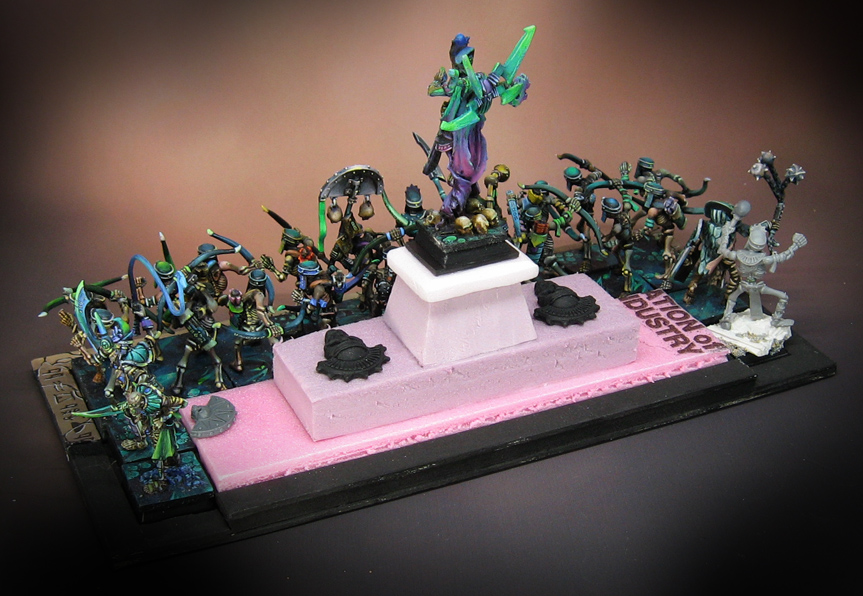 Posted by wappellious at 2:15 PM 4 comments: 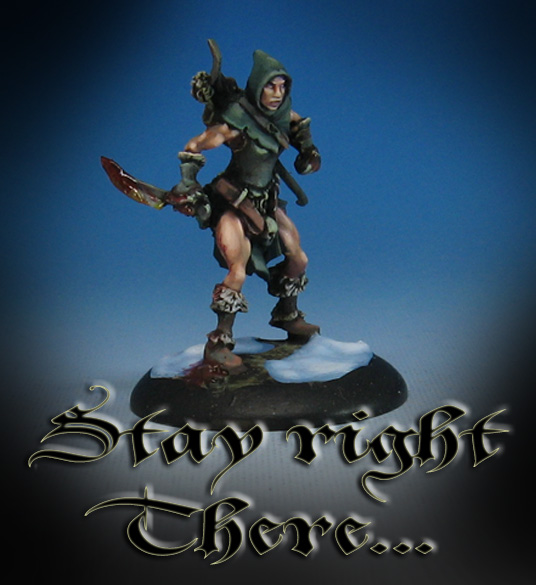 Back to the Red Box Games Archer unit!

This is one of the set of ten figures that was featured in the 3 part how to article.

Here's a link to episode one!

Posted by wappellious at 2:48 AM No comments: