March of the Valkyries 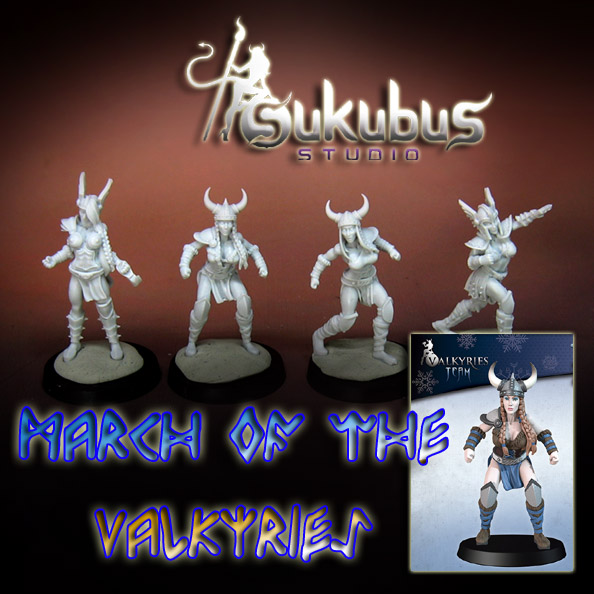 You have seen me paint some of the amazing succubus team created by Sukubus studios.  Now I'm looking forward to their even more incredible Valkyrie team!  I was impressed by the concept art, and the actual figures were stunning. 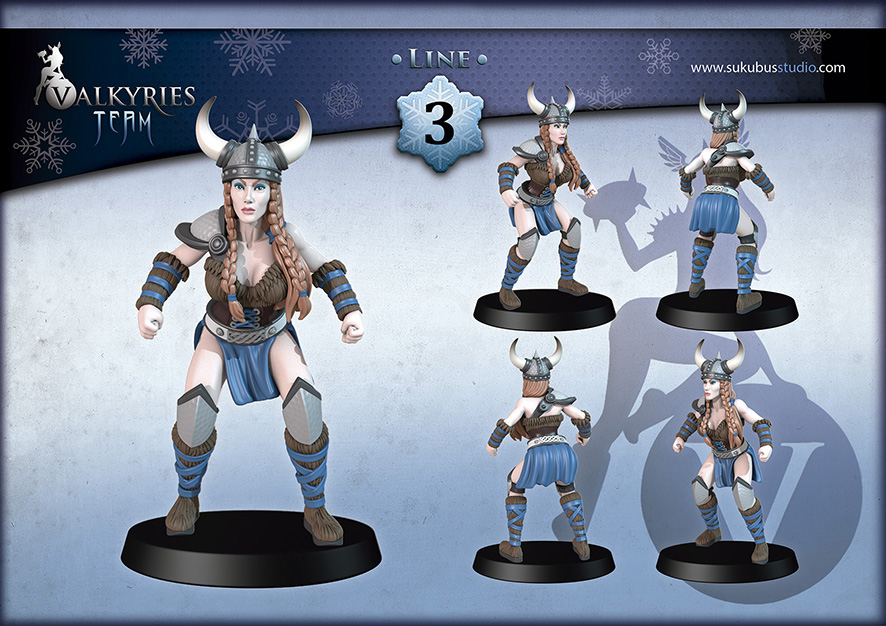 There are so many aspects to these which make these some of my favorite Blood Bowl figures.  The sculpts have character, action, and so on, but all in one piece!!! 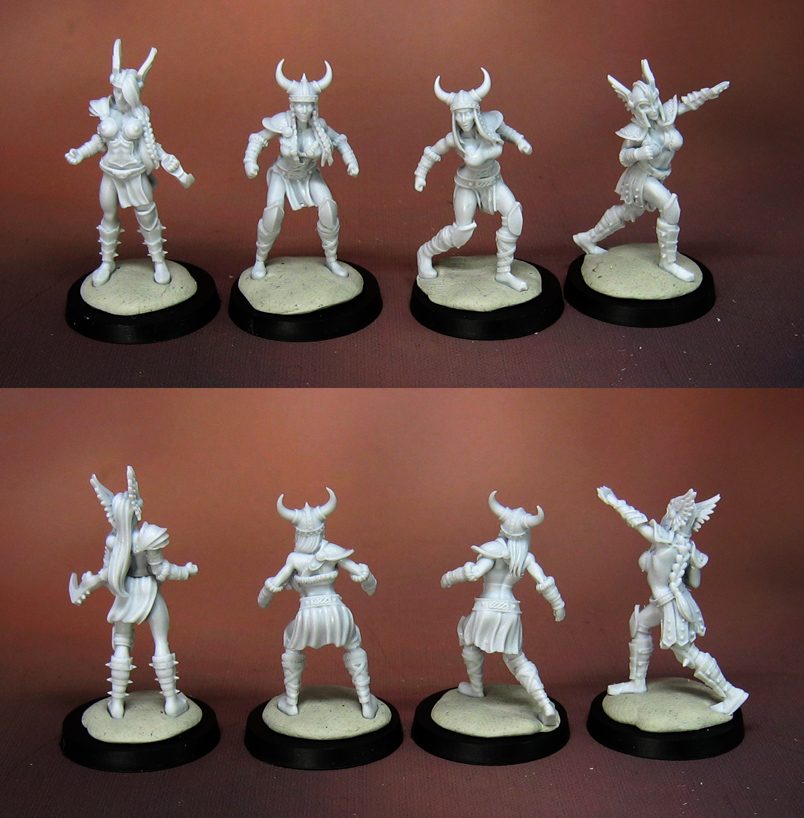 Yes, that's right, every single one of these is a single piece cast.  No pinning or gluing for worry about!  It's hard to believe how few mold lines are created in this process too.  You won't have to deal with many at all! 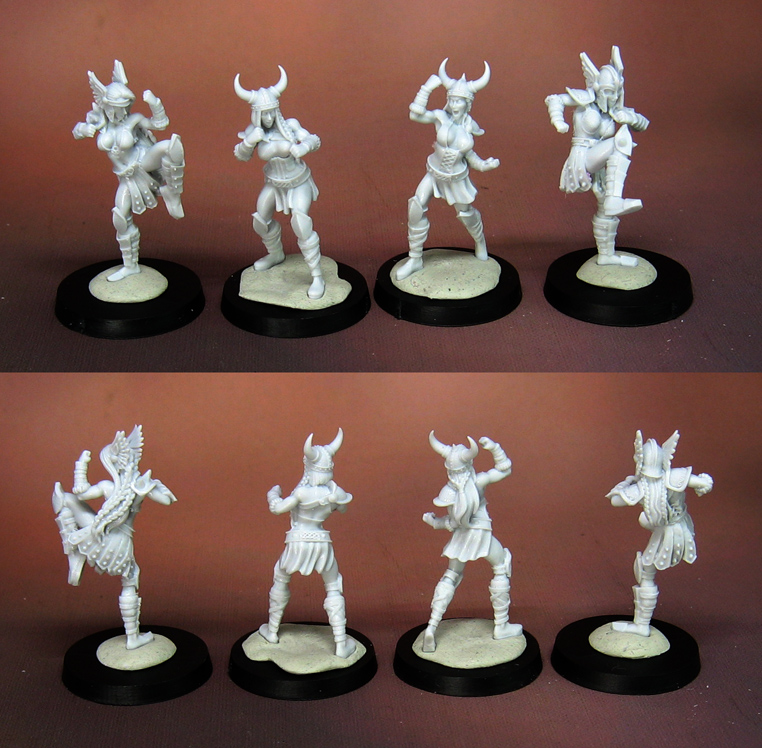 Like I said, plenty of movement and action to the poses! 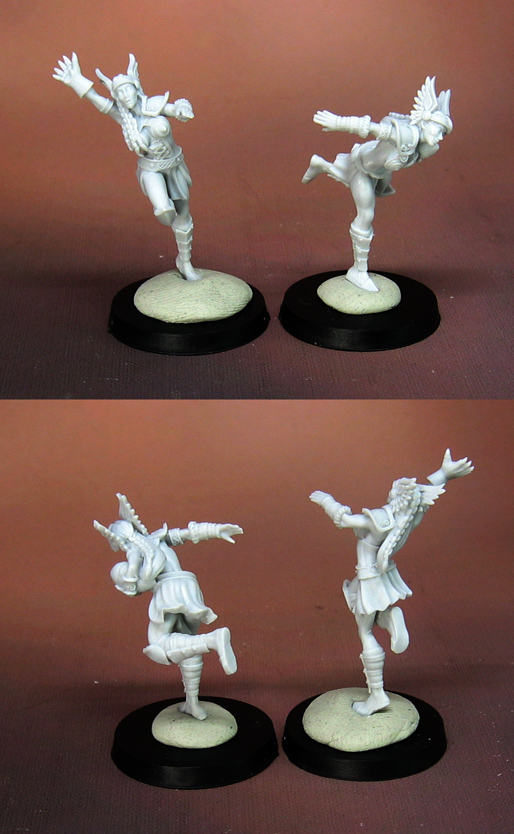 They are also very sturdy, perfect for some rough action on the pitch. 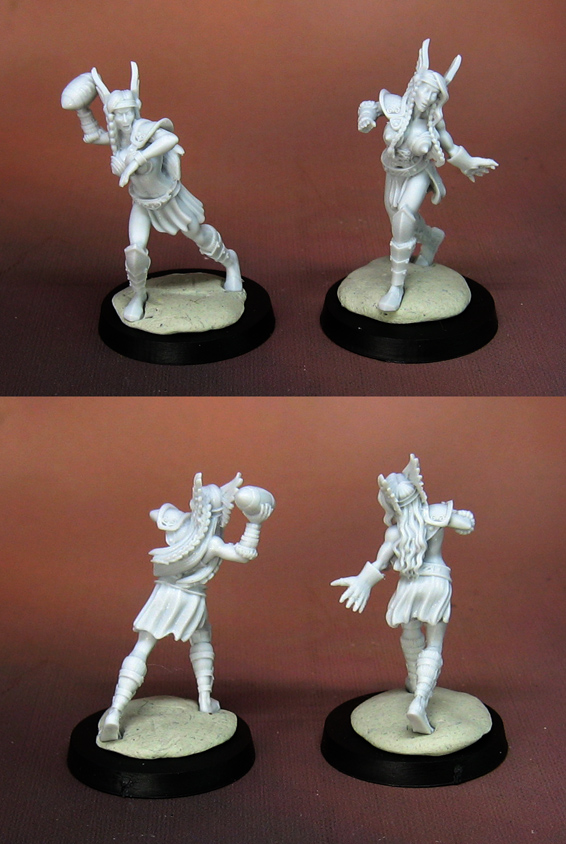 You have some support staff as well, with some Bloodweiser Babes and a team physician.  Some guys just won't want to leave that locker room.

The Ulfwereners and Snow Troll are definitely scary enough!  That's probably the most dynamic pose I have seen for a "Big Guy"... or gal. 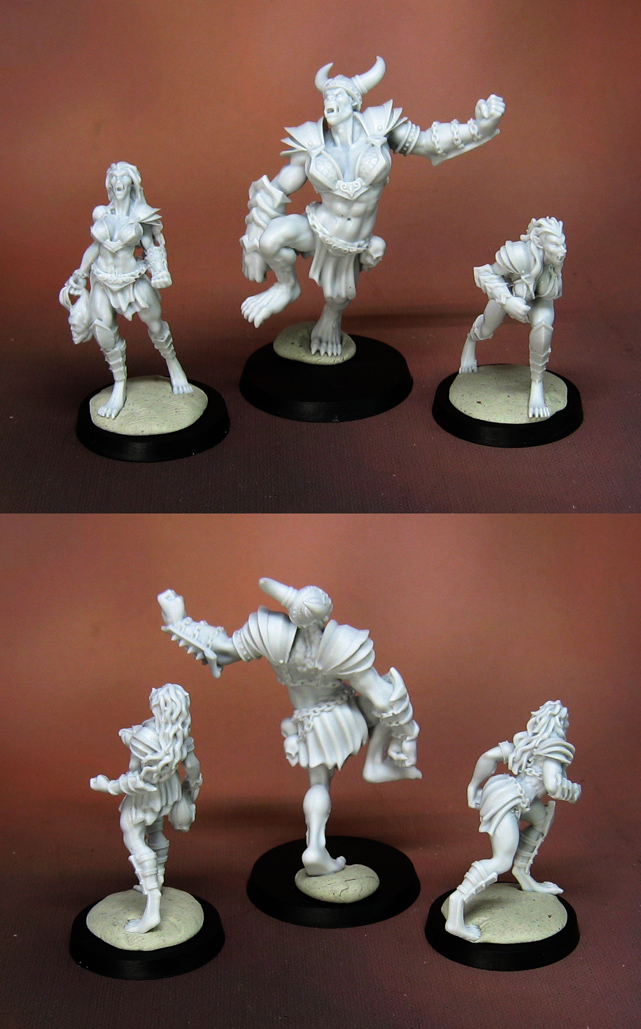 Here are a few team portaits.  I'm trying to nail down a basing strategy for them, with a focus on some kind of ice theme.  I may experiment with some crackle medium mixed with clear paints. 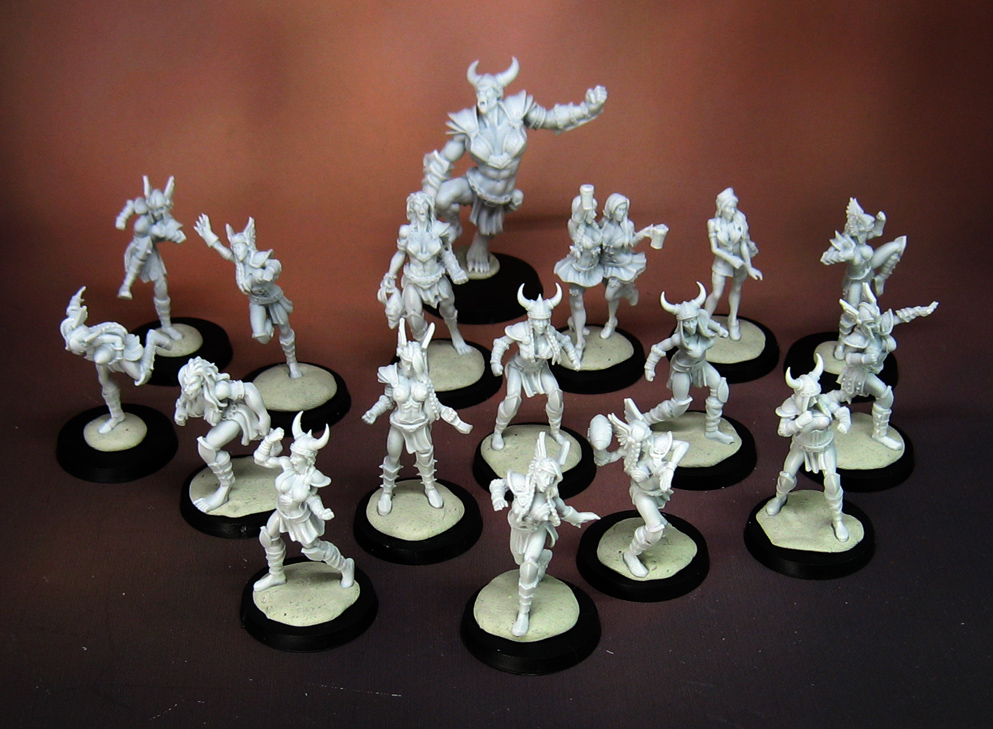 So stay tuned for the painting stage on these ladies of the North!  It should be very fun.

And a link to their page:
http://www.sukubusstudio.com/valkyries-team 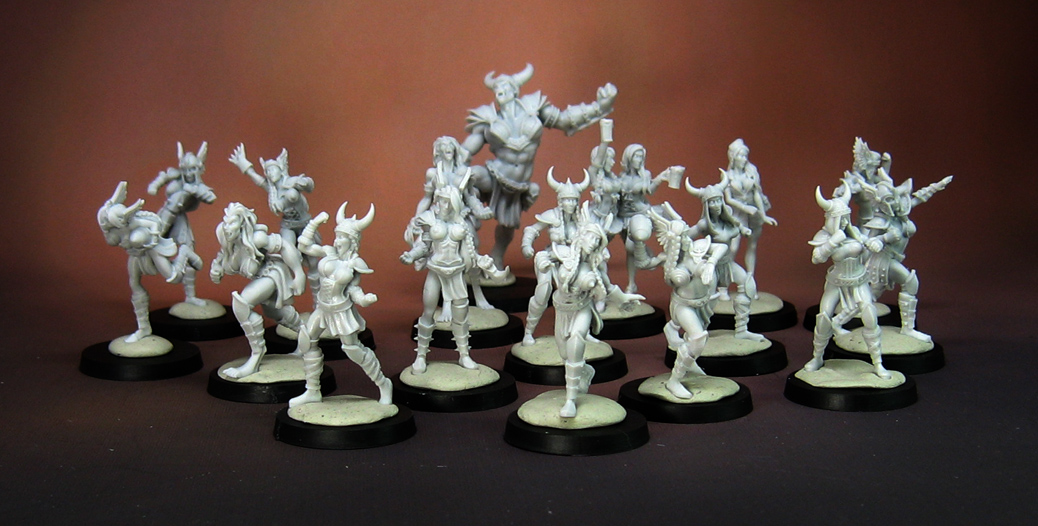 Posted by wappellious at 11:24 AM No comments: