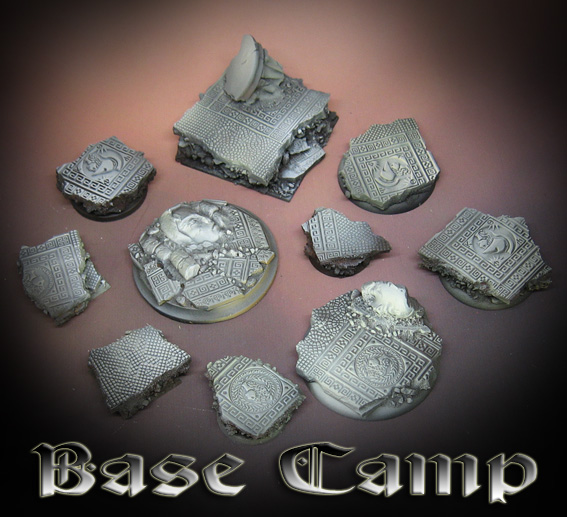 While miniature painting is the focus for my demos in the WitchBorn booth at GenCon (#2861), let's not forget about basing!

This is a set of bases that I have made over the last few weeks to have with me at the table.  Most of you already know how obsessed with basing that I am, so it is only fitting that I have all kinds of sculpey and bark bases handy!

I tried to make as wide a variety as possible, although most of them were made using the new Green Stuff World texture rollers. 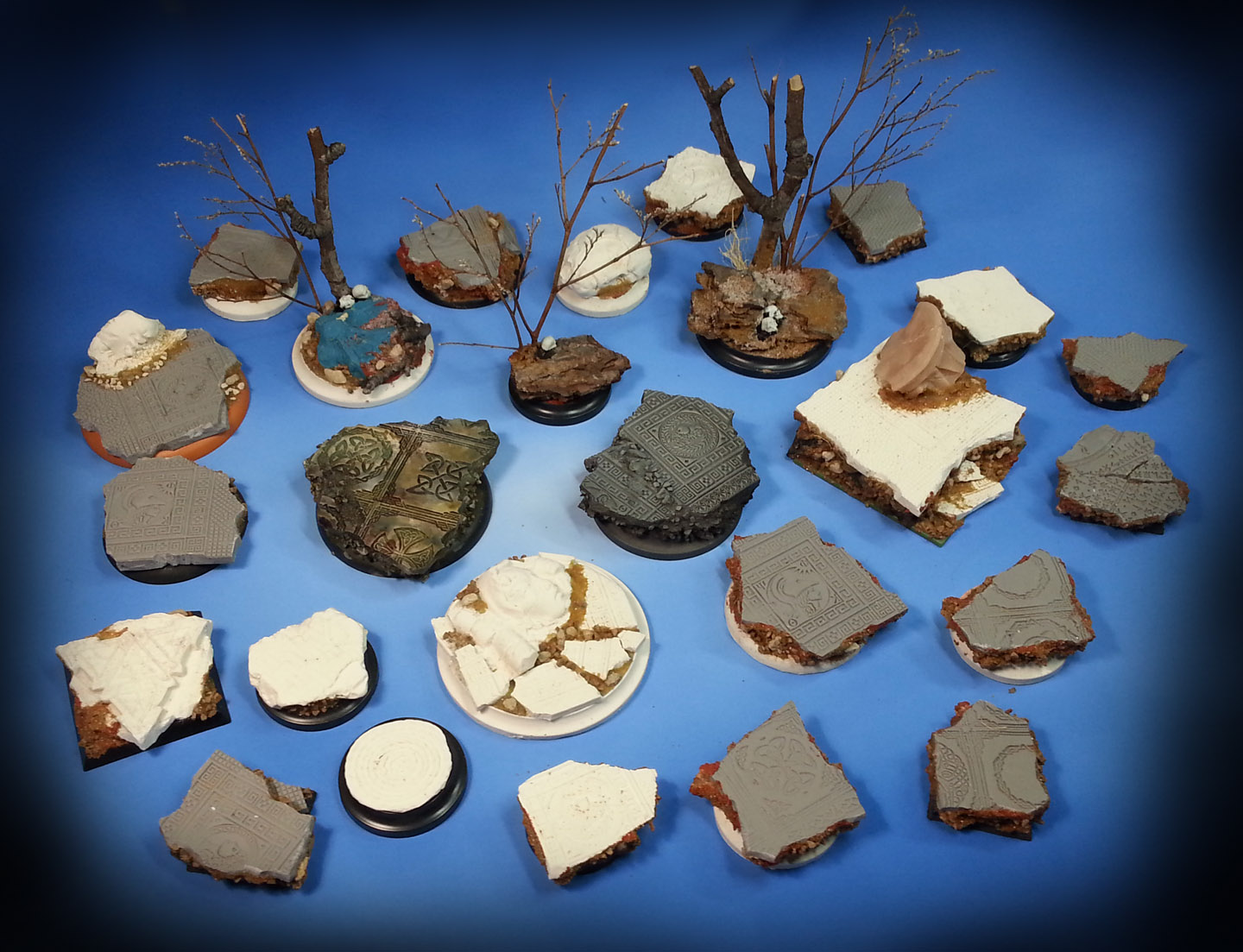 This batch was created with the mosaic tile texture roller.  I also combined a few other elements, including my sculpted column bits. 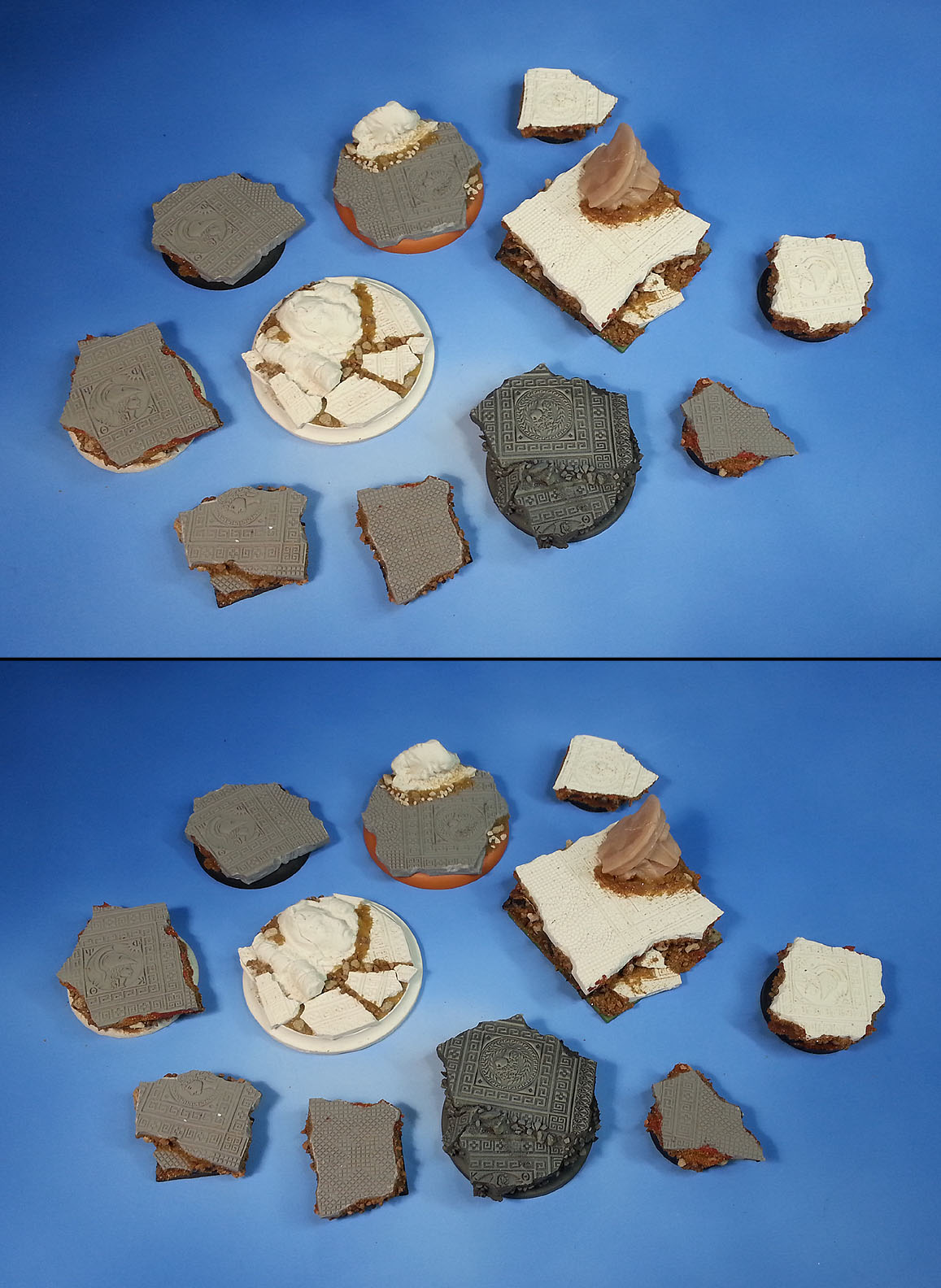 I still had some of the Celtic ruins texture left, so I made more of those too! 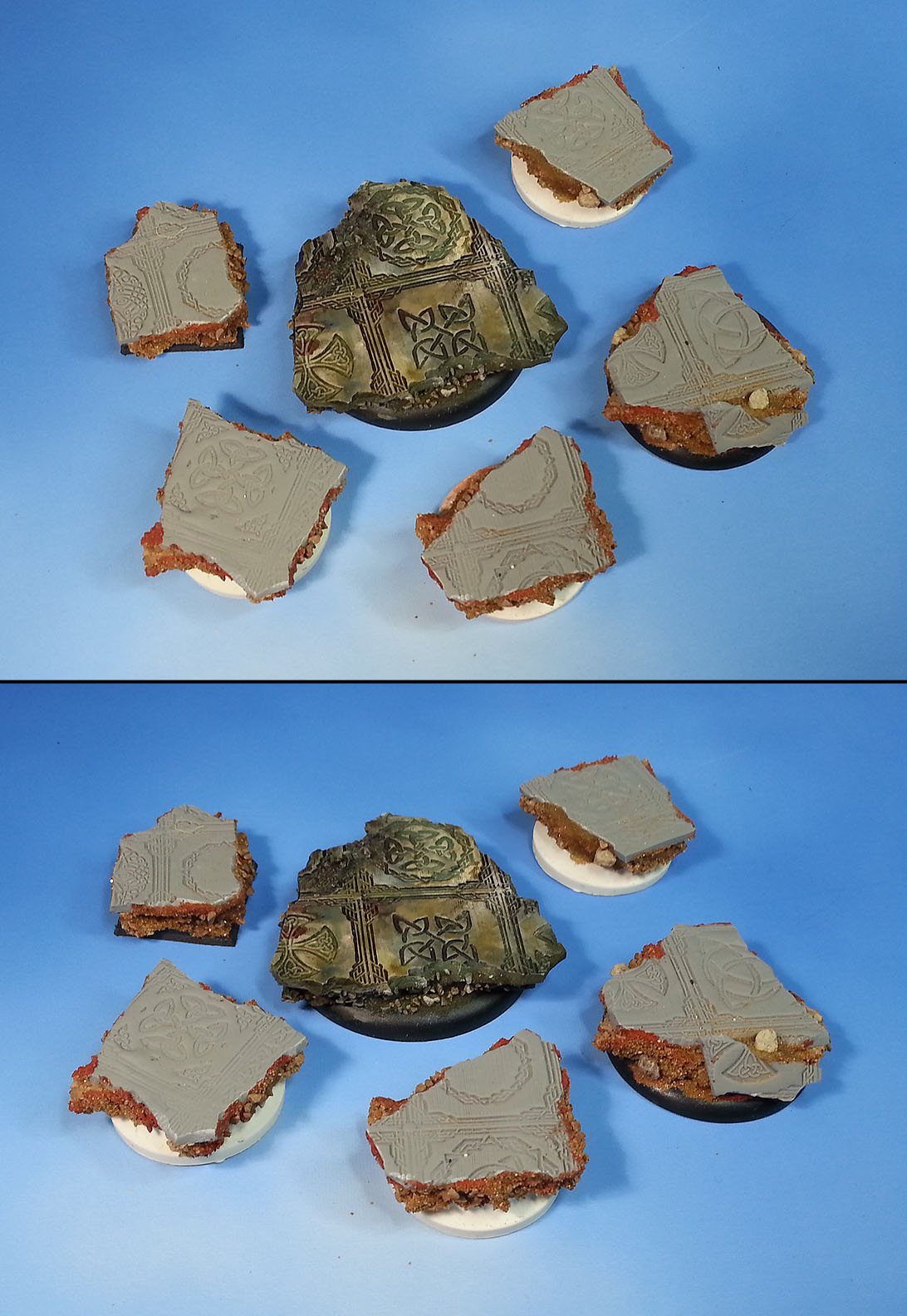 I had to make at least a few "Bark and Branch" bases to work on, of course! 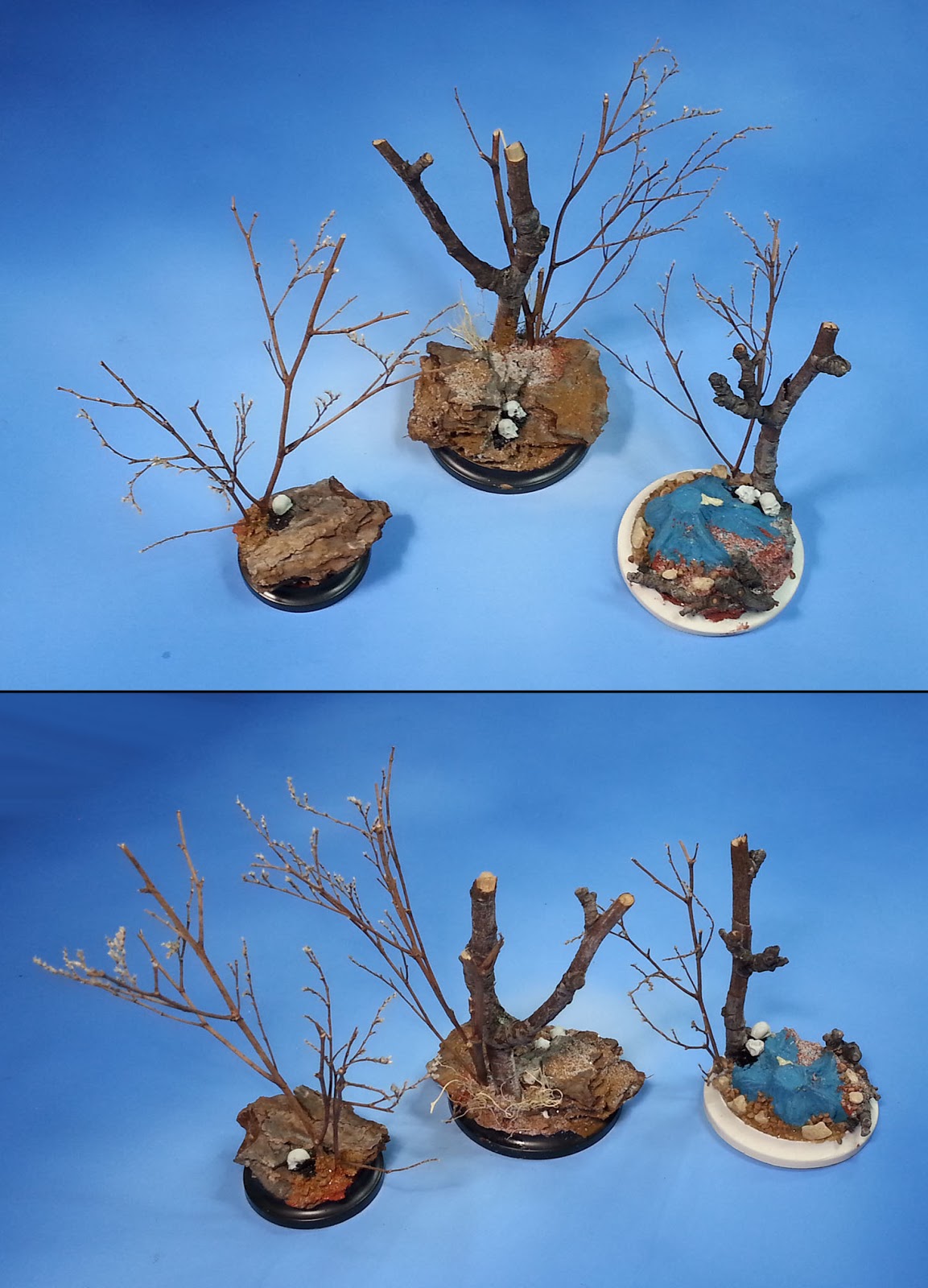 I will have all 53 videos in the booth on USB drives, twelve of which focus exclusively on different basing techniques.  Swamp, snow, forest, marble, wood planks... you name it.

Here's an example of the "core" basing video, on how to create some of the essential base types using sculpey: 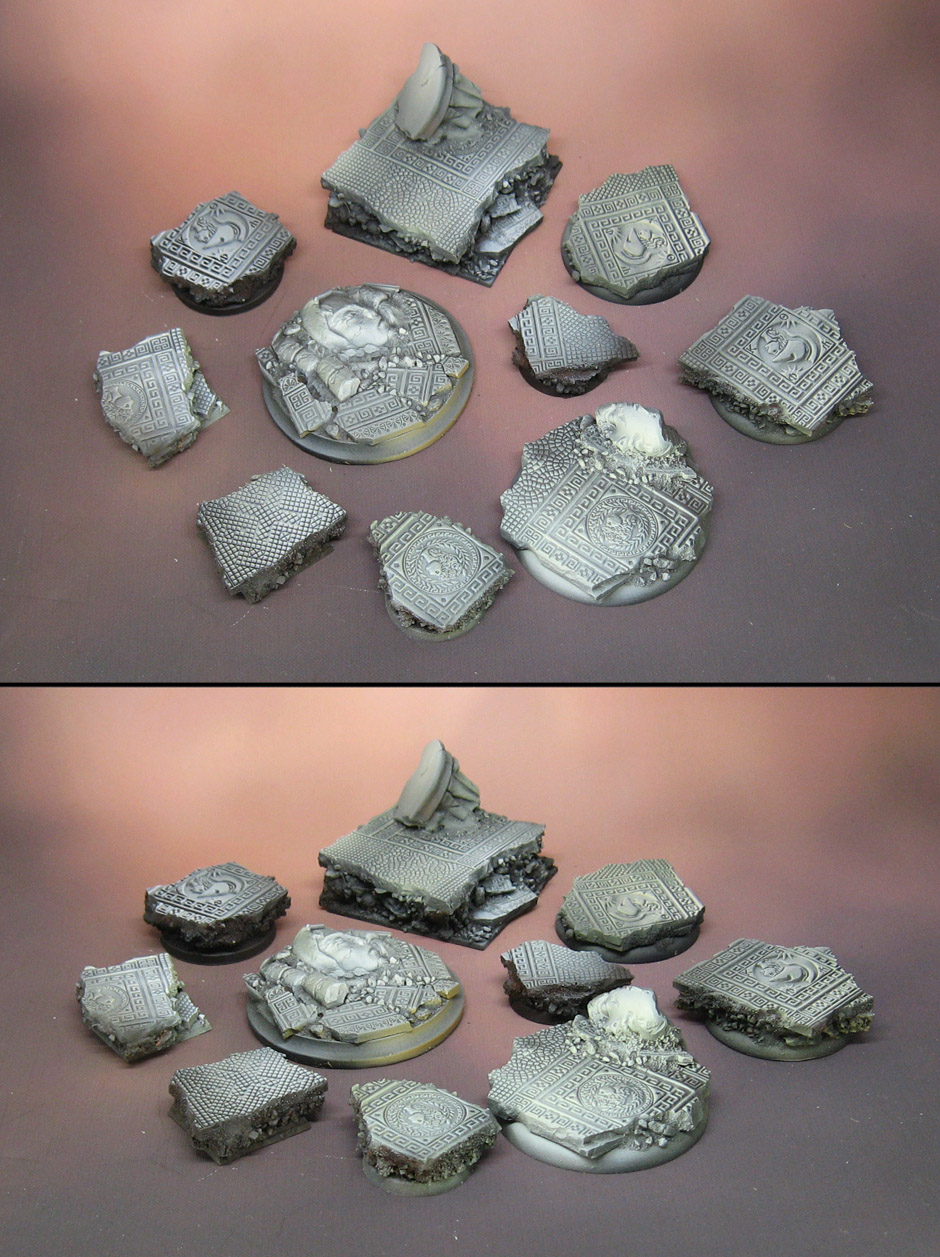 A few of the videos even discuss how to paint your bases once you have sculpted them.  One shows a more "standard" marble effect, while another shows you how to paint the "Demon marble" like the effect I used on my Tomb Kings bases.

This sample video shows how to create sci-fi style bases: 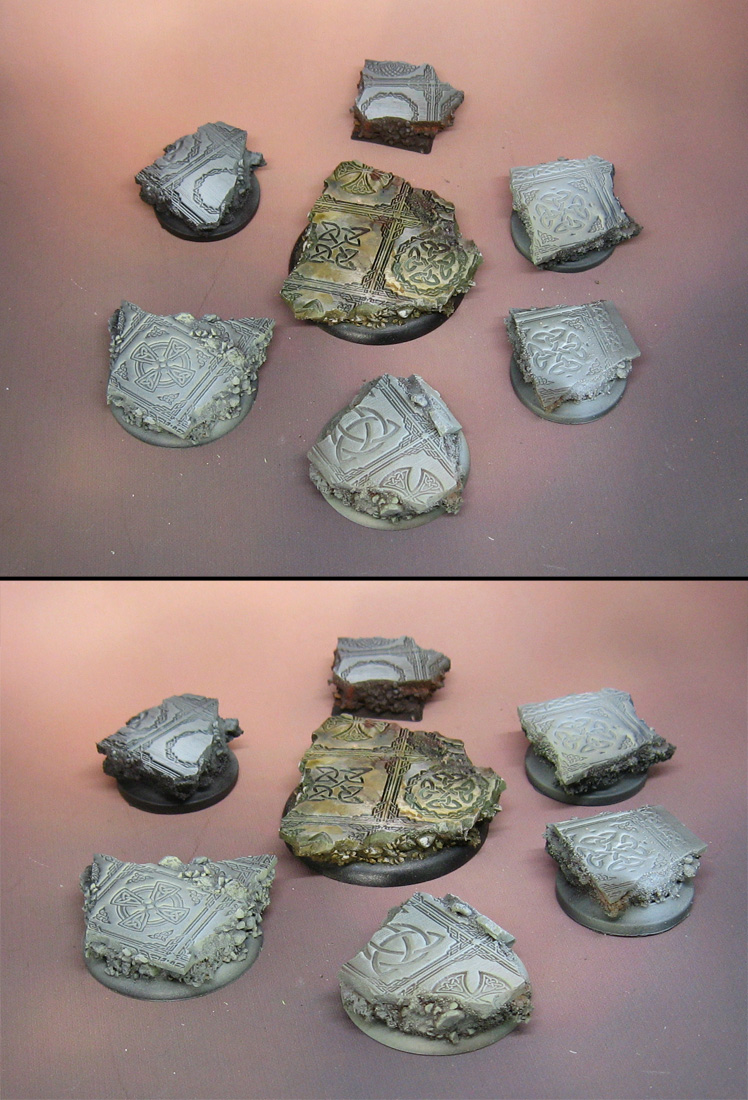 I am going to have as much in the way of basing supplies that I can bring, so if people want to see a demo of that, I will be able to do some of those too!

Again, I will be in the WitchBorn booth #2861 in the new section of the dealer's room.  I'm hoping that it might be a little quieter there, and easier to talk :-)

There will also be a small part of each day when I am at the Badger Airbrush booth doing 2D art with the airbrush, so be sure to check that out!!

I'm looking forward to seeing everyone at the mini Fort Wappel at GenCon... 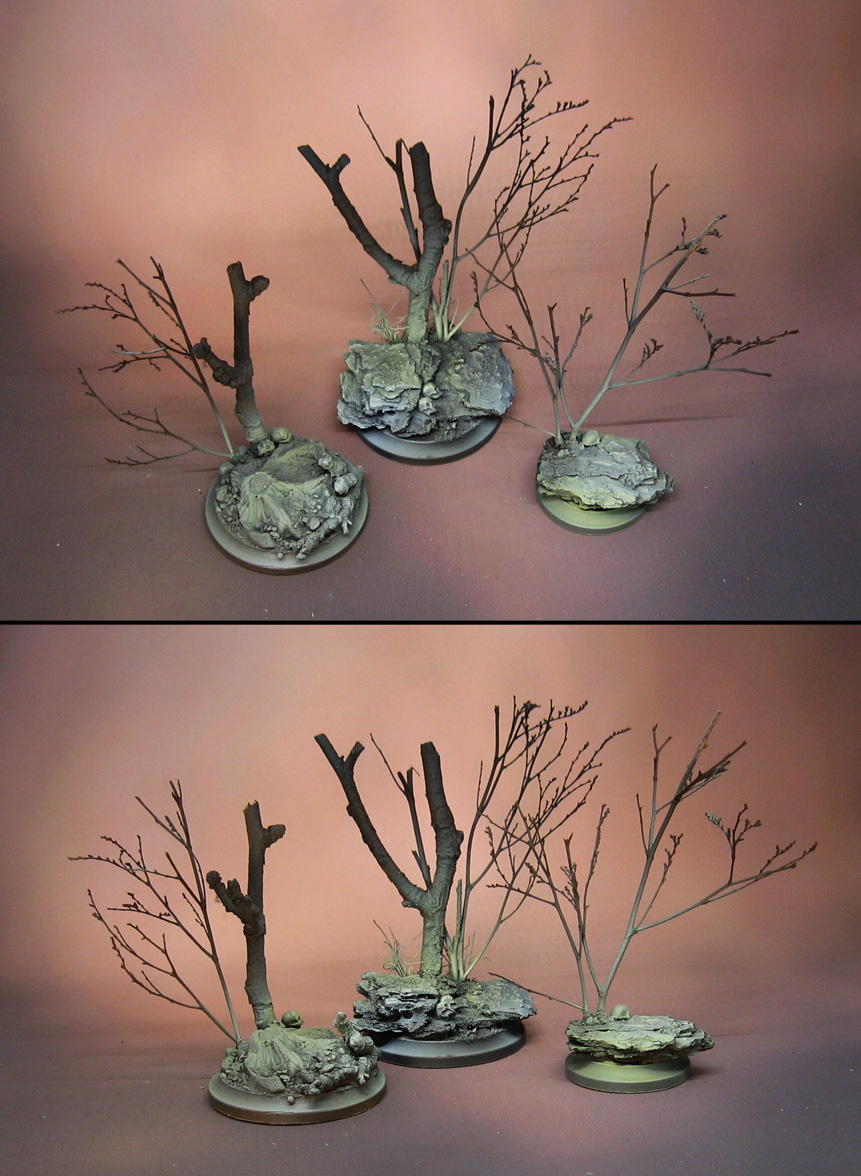