A Secret no Longer! 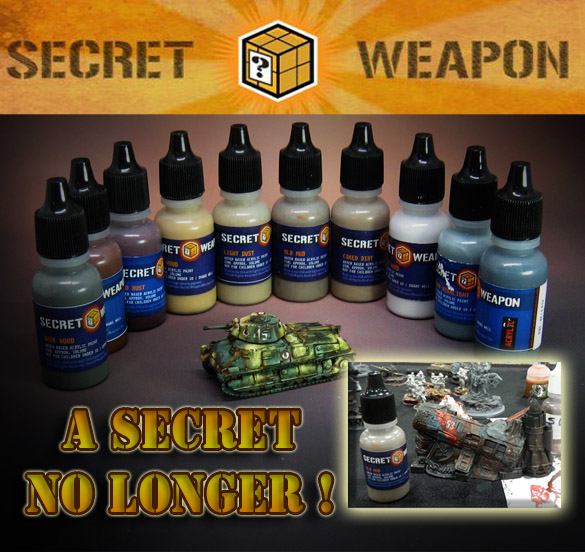 As some of you might know, the reveal of the new Secret Weapon line of paints was a bit earlier than anticipated :-)  Back then, it was a test sample of six wonderful weathering style paints.  At Adepticon, the full set of 15 made their impressive debut!!

Cathy and I were asked to spend a little time at the Secret Weapon booth to demonstrate the paints, which we did on Saturday afternoon.  Much fun was had by all, and there were no permanent injuries.

Right off the bat, I was able to do a few quick tests and demonstrations of putting rust, chips and streaks on a Forgeworld vehicle.  Using only 3 of the paints, a number of nice effects were achieved in minutes!

It was a snap to get very nice rust effects, and scorching on the lascannon barrels. The ultra matte finish of the pigments (and some sedimentation on the rust paints in particular) made the dust effcts and blue hull colors really shine. 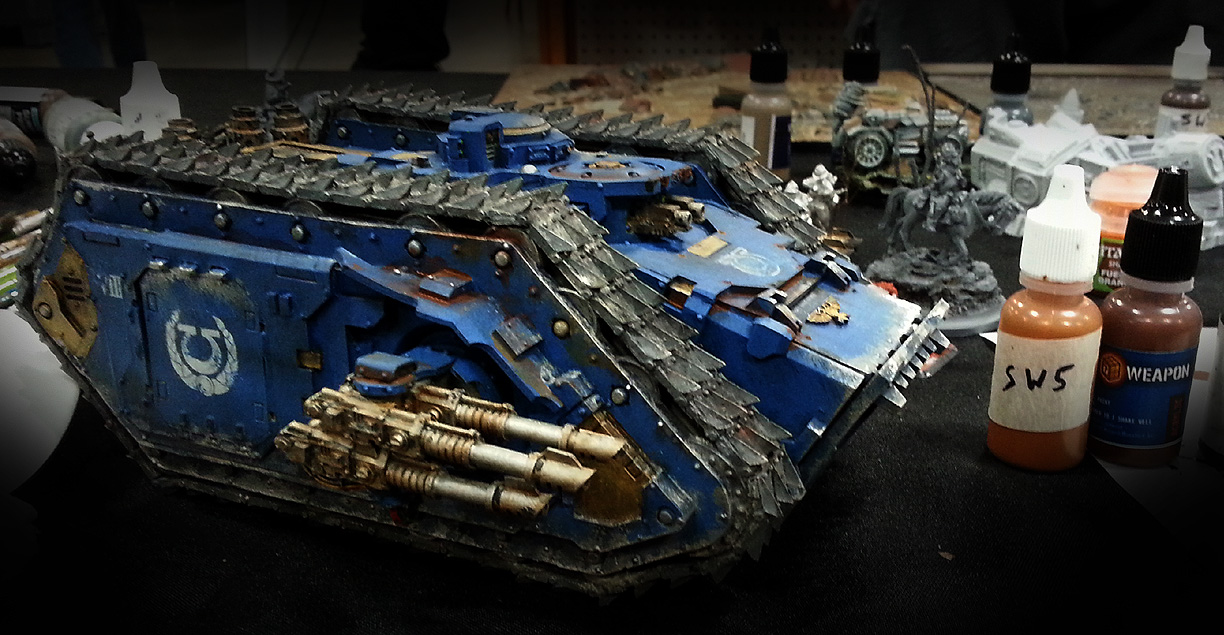 I had one of the Ruined Barricade sets to play with, so I slapped on some primer, and began painting right away.  I didn't even bother to wait for the primer to dry... I dove right in to painting, weathering, and even freehand!  In fact, I believe that primer is still drying. ;-) 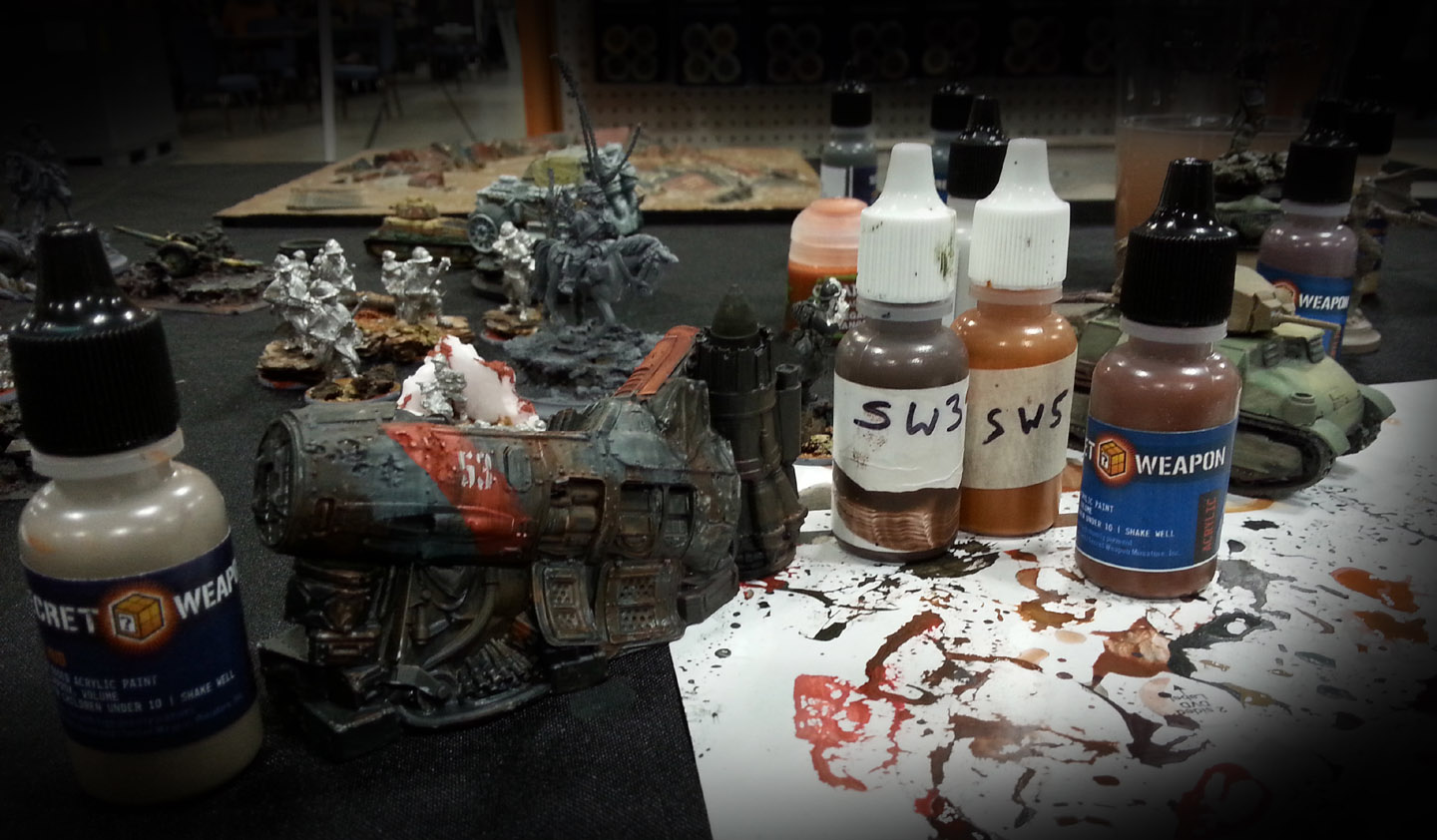 There are many useful colors in the line which serve a wider purpose.  I was able to create several different flesh tone colors as well!  Cathy had a great time painting a wild west theme figure.  The subtle browns and tans yielded great results.

This was about 20 minutes from bare resin to what is in the image.  Based on the fun that was had at the booth, we are hoping to do something similar at the Secret Weapon booth at Gencon, for longer durations.

I will be able to get more concise information for you as GenCon draws closer, but rest assured, you will be seeing these colors a LOT in the meantime! 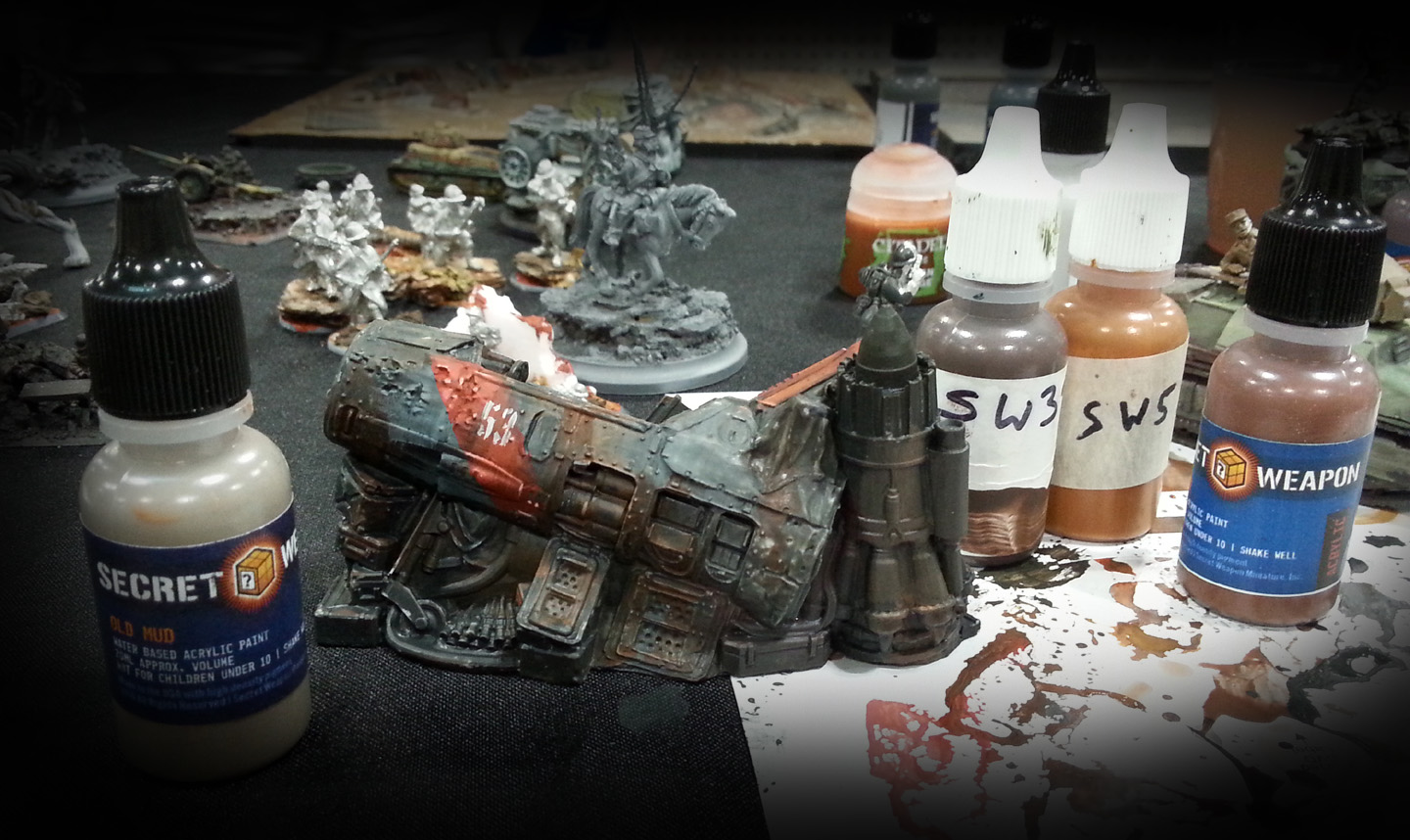 Send in the CAV 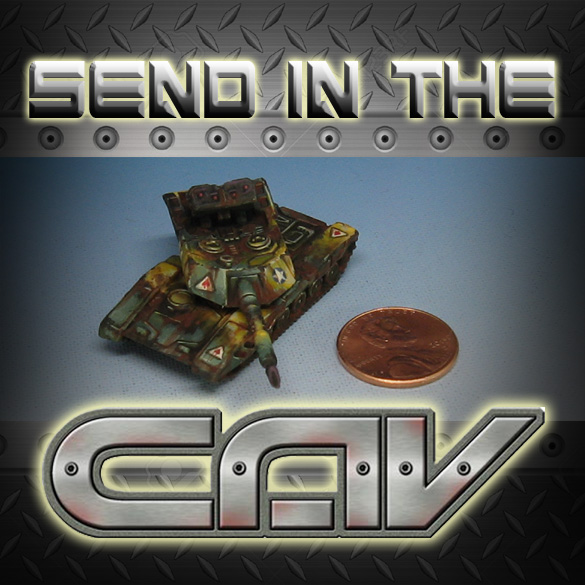 With Adepticon come and gone, some new things will begin to emerge on the blog over the rest of the year.  You have seen much of the Flames of War and even the peek at Bolt Action, but yet another tiny wargame will join them!

That would be Reaper's C.A.V. game, that has been jump started again with a new campaign.

I've painted a few of the Mechs as demos, but I continue to practice on various minis as I make myself more familiar with the range.

As tiny as Flames of War might be at 15mm, how about cutting that down to 6mm!!  Yikes!  The penny on the right is for scale.

This is made out of the modified BONES material.

I thought I would try the same sort of camo scheme which I have been painting so often lately.  However, in this game, vehicles disguise themselves with digitally projected holofields.  In essence, the Mech can mimic a nearby structure.

At this scale, getting those tiny little patterns will mean and all new kind of challenge.  It should be interesting, so stay tuned!!!