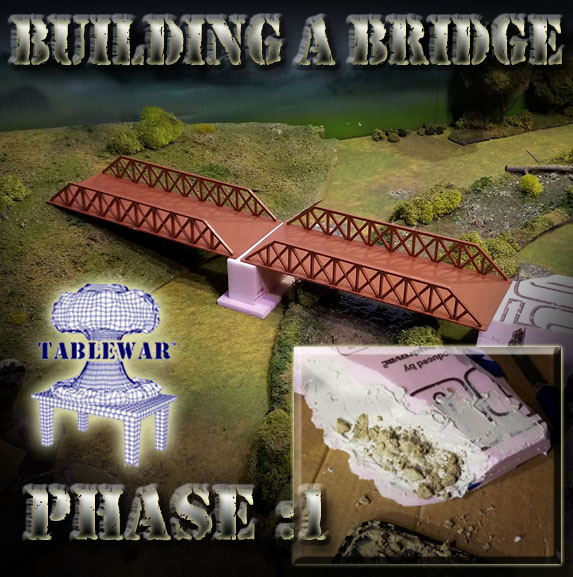 I wanted to try something new for the next battle report, which also required some new terrain pieces.  There were not many materials left (and not a lot of time!), so I had to turn to re purposing and leftovers in a pinch. 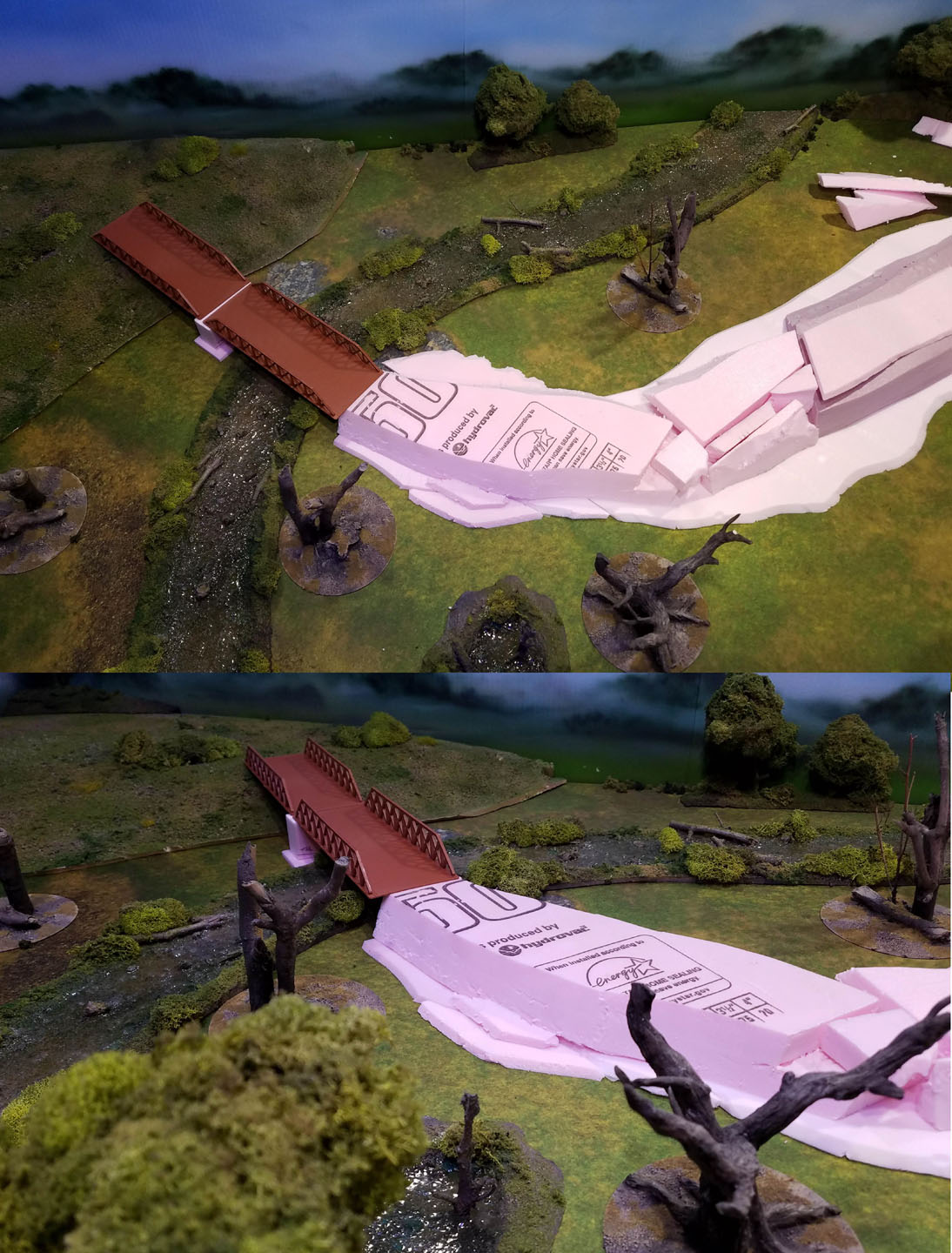 I gathered together every single scrap of foam that I could find to make a gradient that would match.  It also had to run length wise along the table, because this is mostly an "escape" secnario.

Using another piece of foam to create the stanchion on which both sections would rest, I was able to cobble together my scraps to make that raised section.

Another key thing to note right away is that all of these pieces need to be separate, as I want to be able to use them in other configurations... even other types of terrain!  You will see that all play out in subsequent articles.

Since there was no time to create a new, wider river as I had hoped, I "extended" my existing river by creating impassable marshy land around it.  I have seen this on many smaller rivers where the banks are almost more treacherous than the river itself.

This is where I would reclaim some very old terrain pieces, and some that I had made for another game system.  That will be its own how to article. 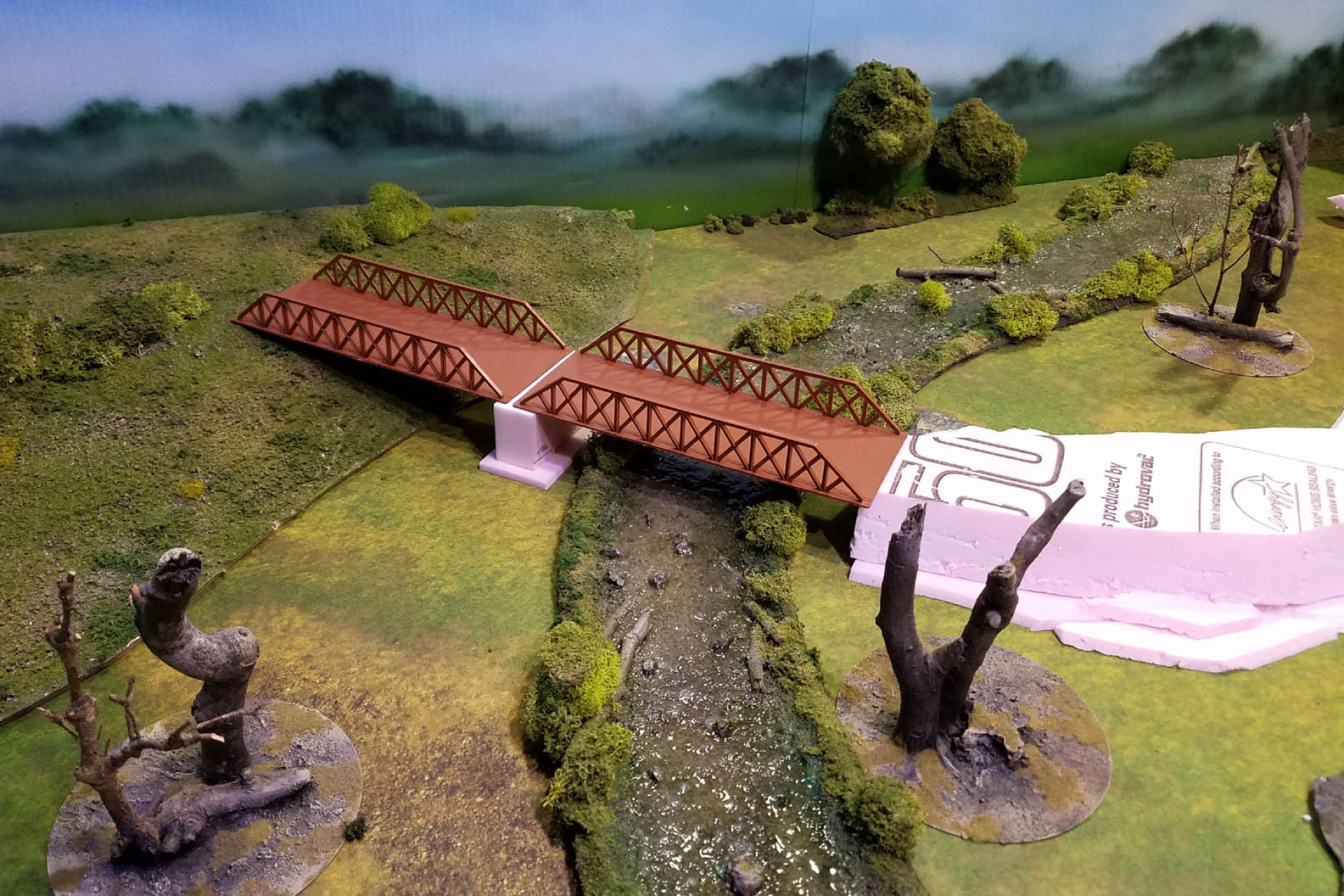 When I opened up my container of wood filler (which I thought was empty) I saw that there was a mostly dried out layer on the bottom.  After chopping it up a bit a palette knife, there was now some handy material inside.  Rocks!!!  These were not even completely dry yet, which was even better. 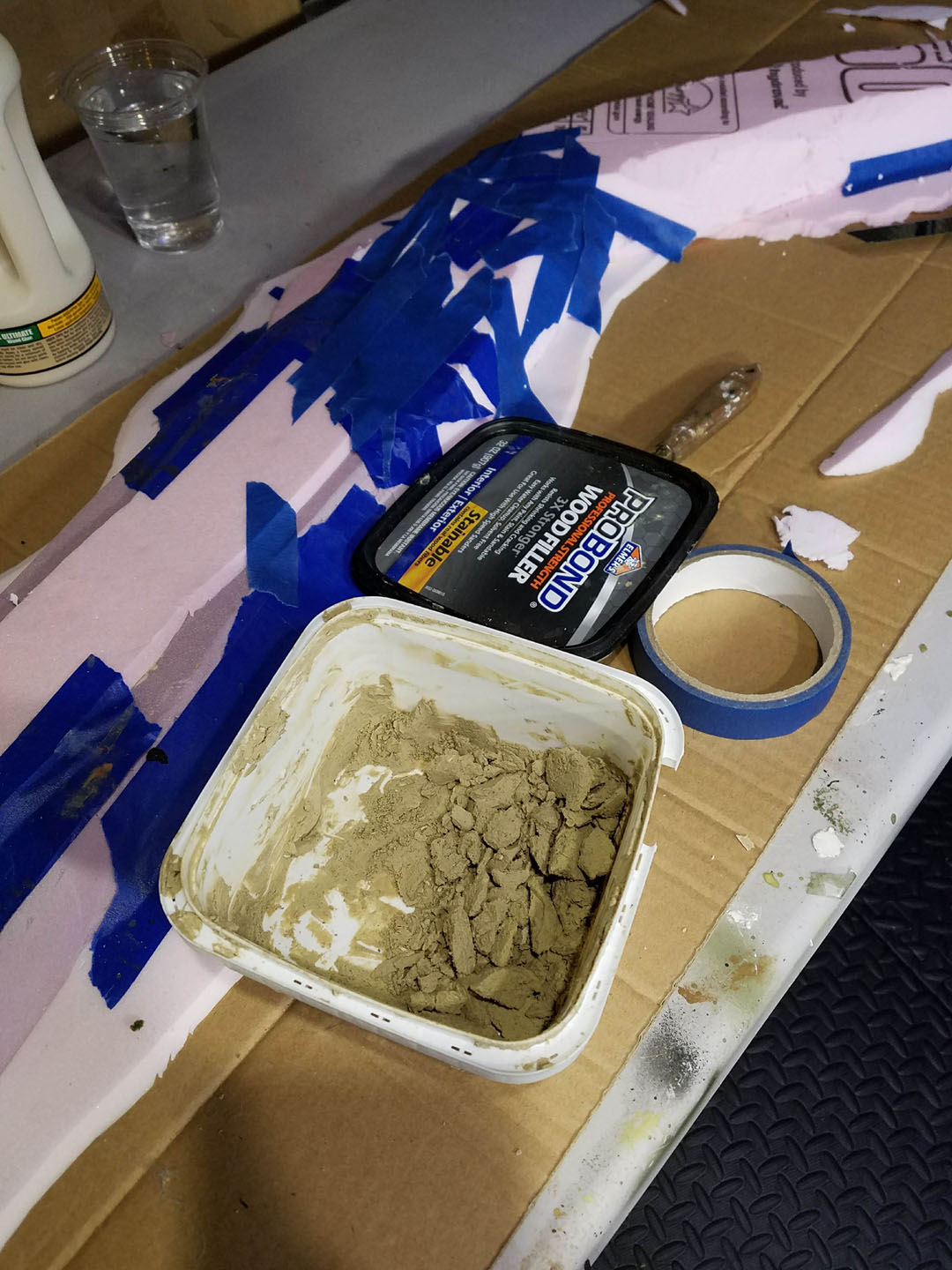 I made my usual glue and plaster mix, which would form the "sculpting" process of the ridge line. 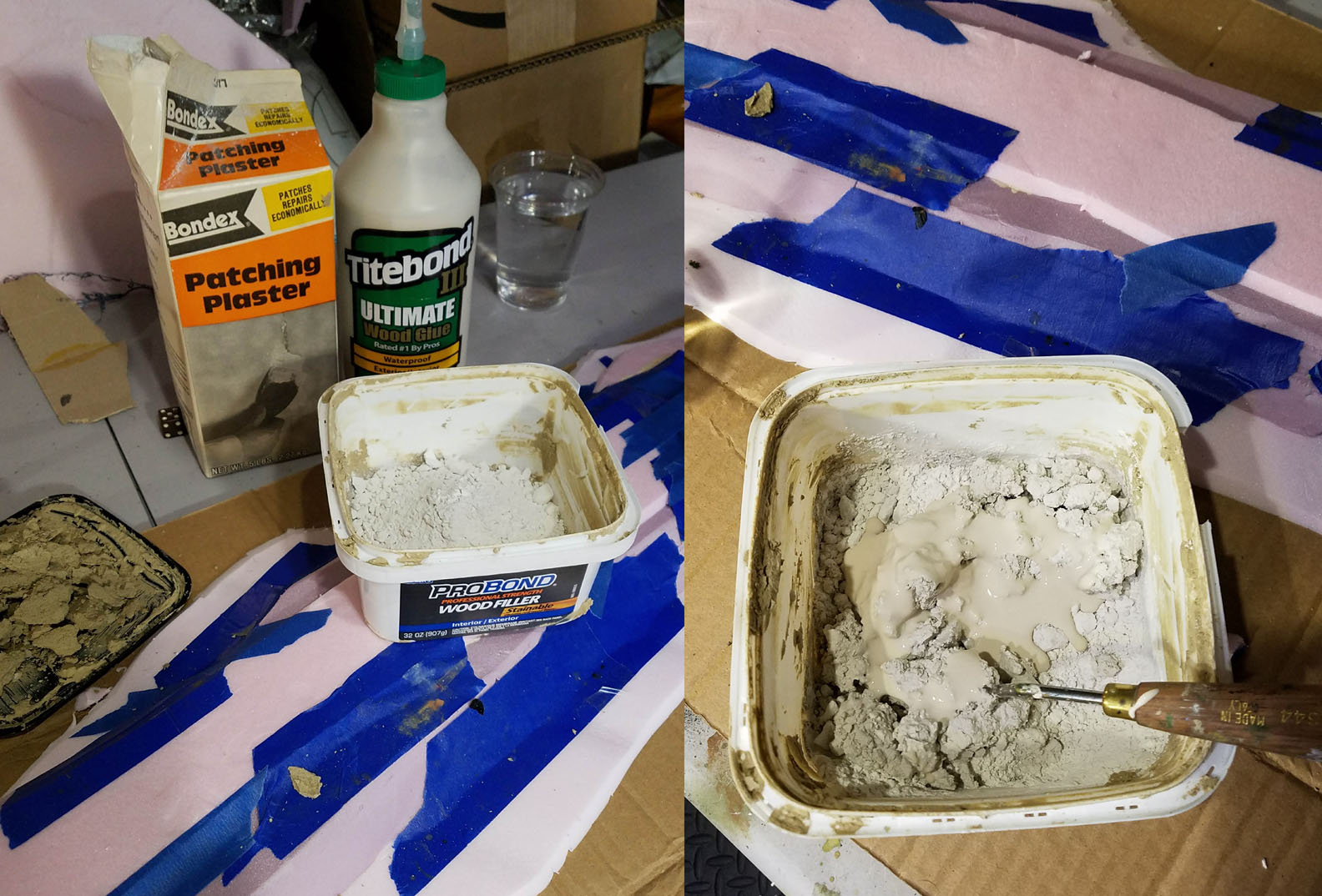 After setting down the plaster, I could press in my "rocks", crumbling up the smaller bits into a cascade of broken boulders.  I was hoping to get the appearance of machinery had dug out pieces of the hill to create the gradient for the road. 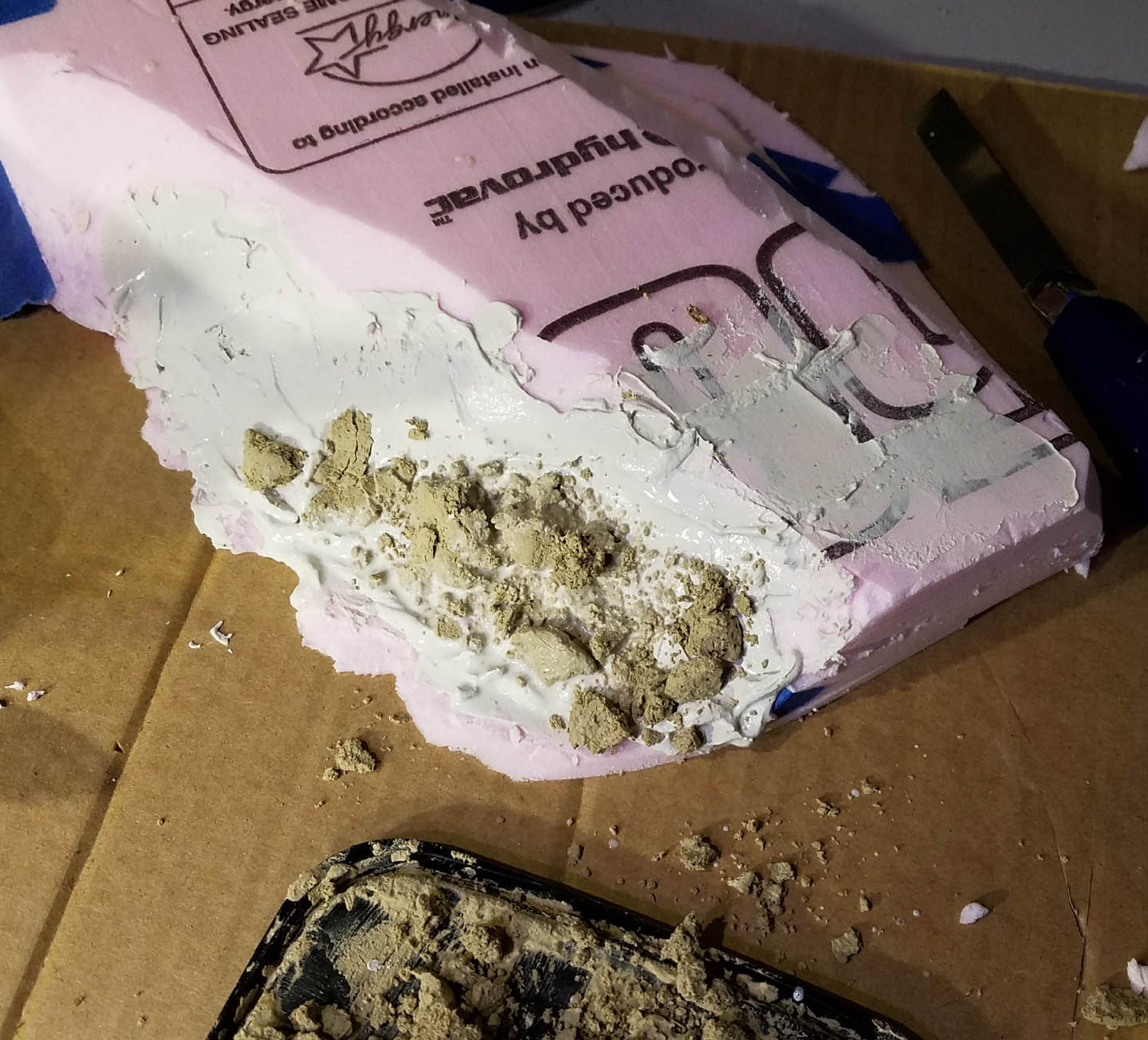 At this stage I added more of the tree trunks.  While there is glue in the plaster, I did add some more to stick these on.  In this case, I want the four "new" tree stands to blend in with this piece, I am also thinking about the future where this is a defended ridge, and troops might have some cover via these blasted trees. 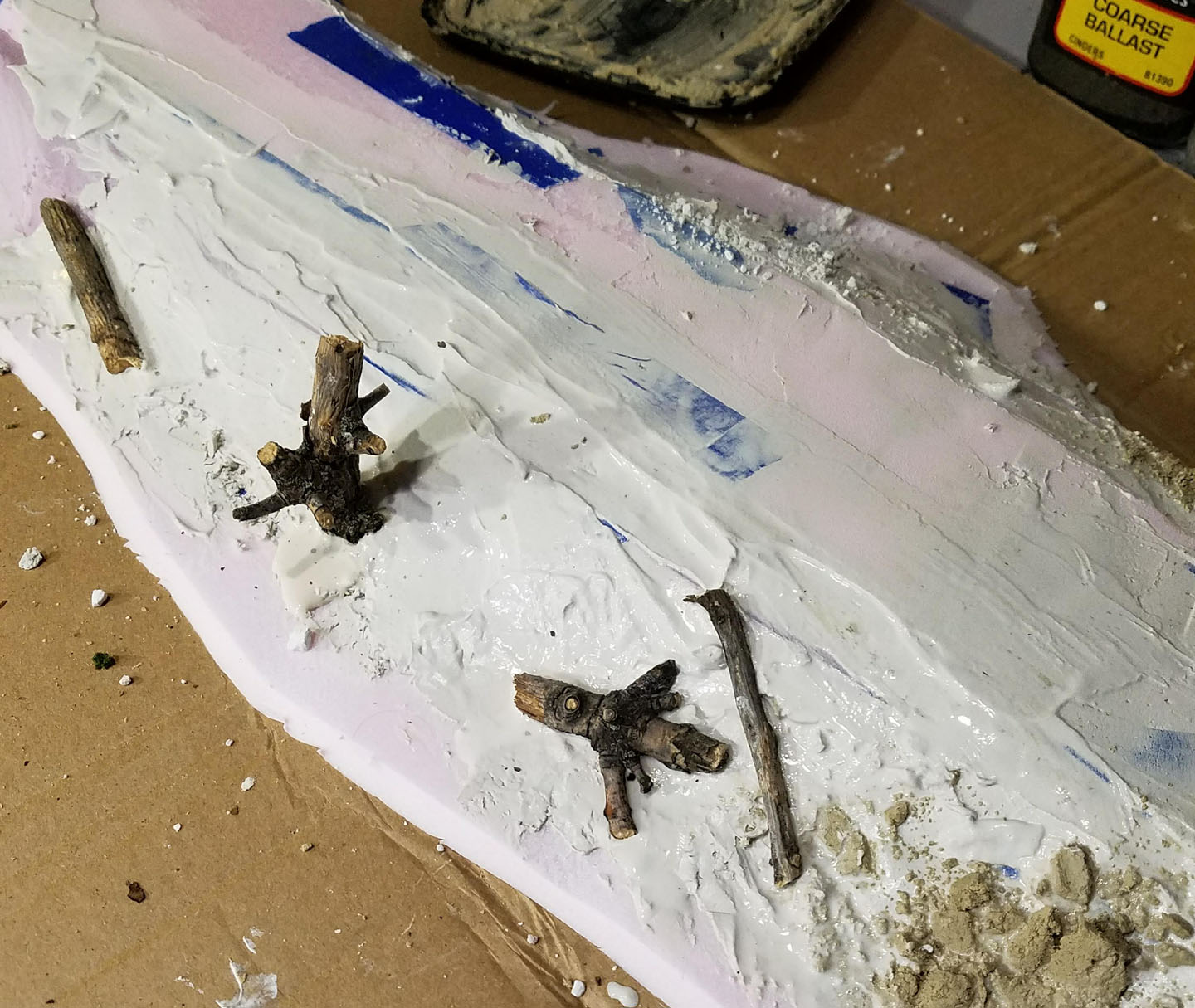 I moved along the terrain piece, making sections of my crumbled rocks.  This was also supplemented with some coarse, medium and fine gravel. 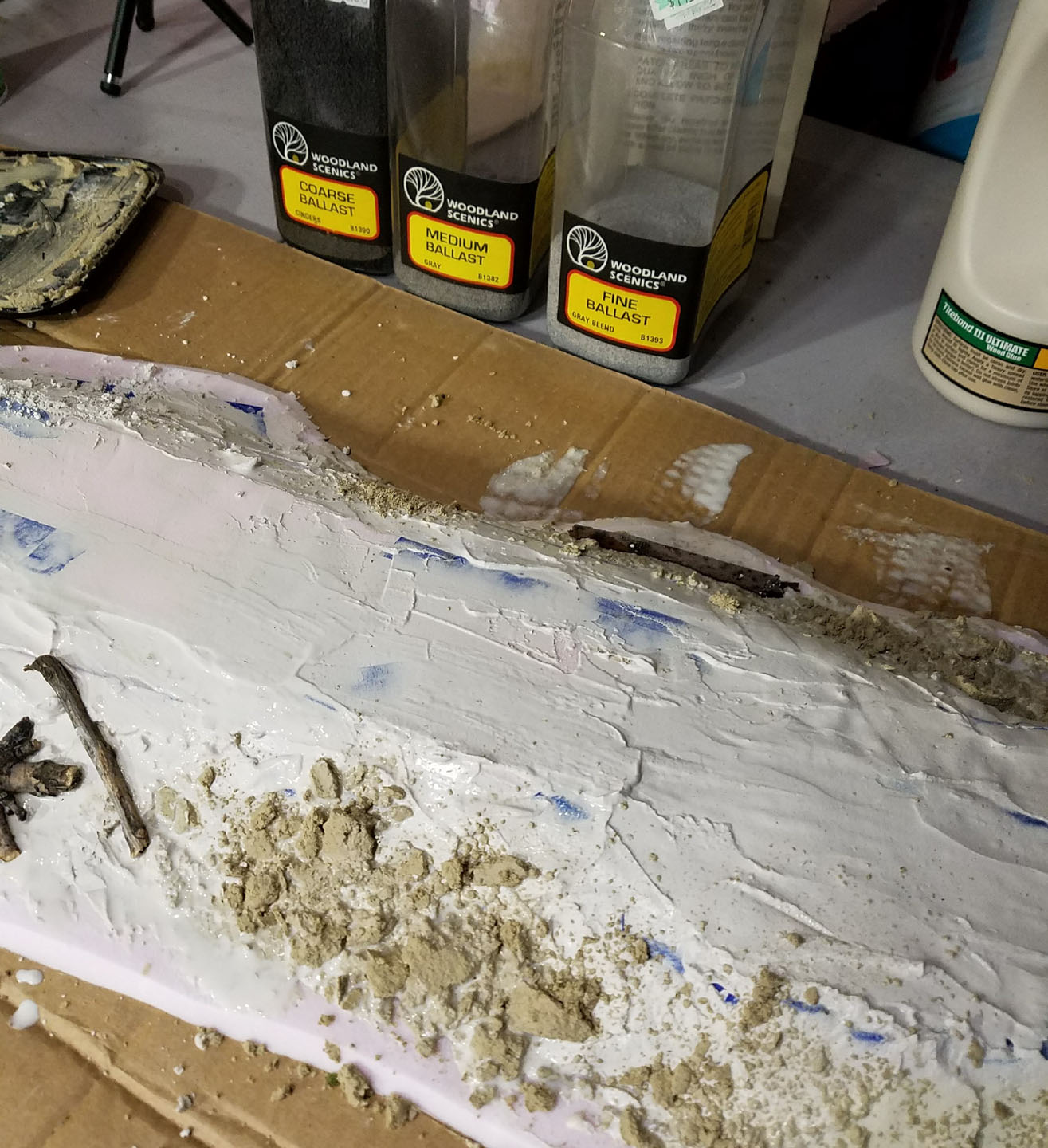 You can see how I am trying to build out the flatter bits of the ridge and make them look more interesting.  Once I added the gravel, I used a mist sprayer to apply a coating of watered down wood glue over it to hold it in place and seal it.

This is something new that I have added to the process since my original articles.  I think back then I used a brush with watered down glue.

I am not creating the usual tread marks in along the top, since I want to be able to use this piece as a ridge line that bisects the table (yes, it is almost 4 feet long!).  Eventually I do learn to build in as many uses for one piece as possible. 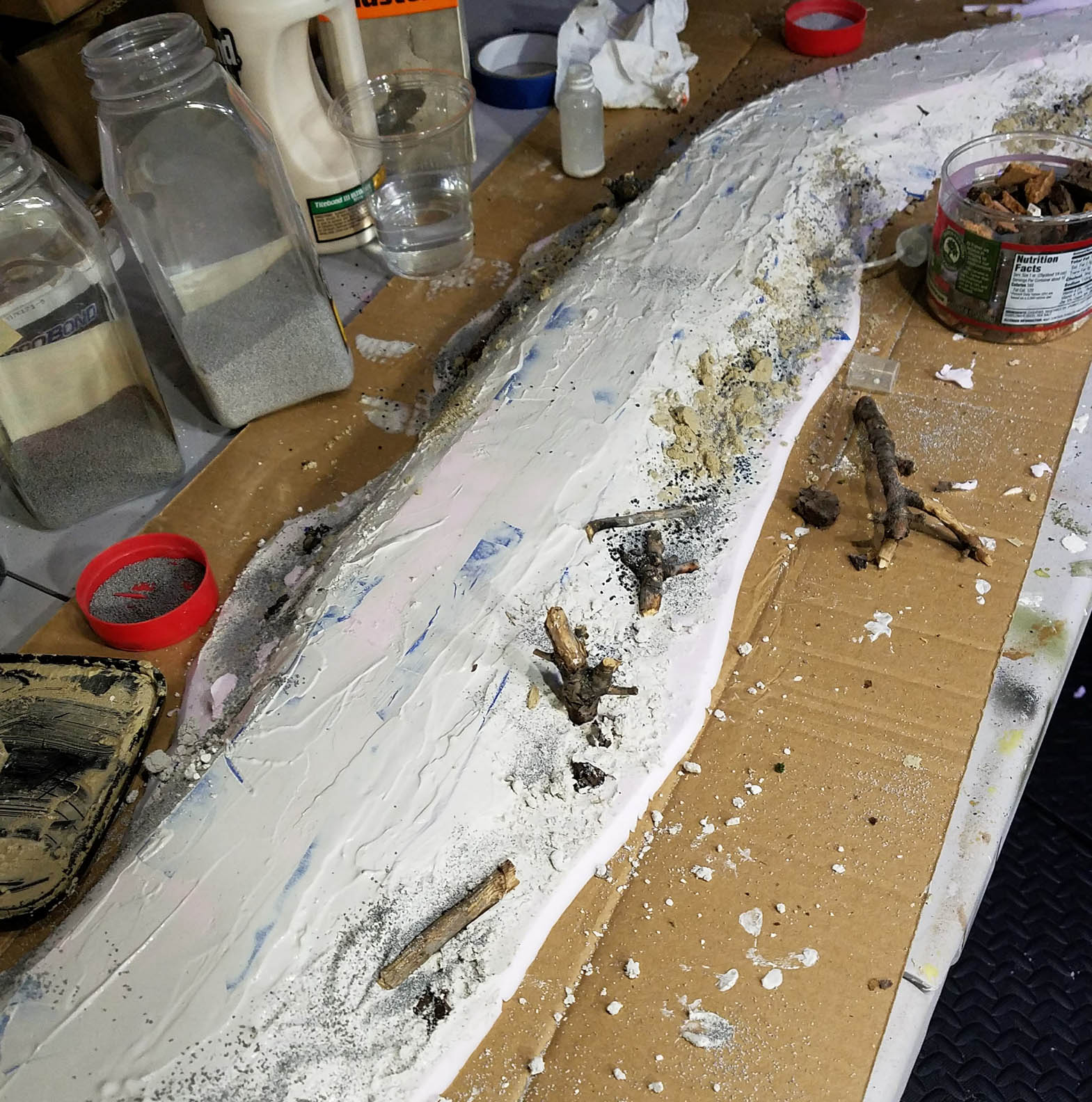 As you can see, not all of the ridge is festooned with boulders and tree stumps.  I am trying to break up the space, and also leave some room for foliage.  Heck, I also want to have some open spaces where infantry could be climbing the hill!

Phase two of the process will show how it was painted and flocked.  It was a challenge to work on the upper section of the road, as I had not tried that before.  In the end, I was glad that I took the chance to creating a multi use piece, as you will see.

I would really like to make some new terrain building videos, but more equipment is needed to do that.  I have purchased lights and other elements, but more are needed.  Any support on the Patreon Page would be most helpful in the endeavor! 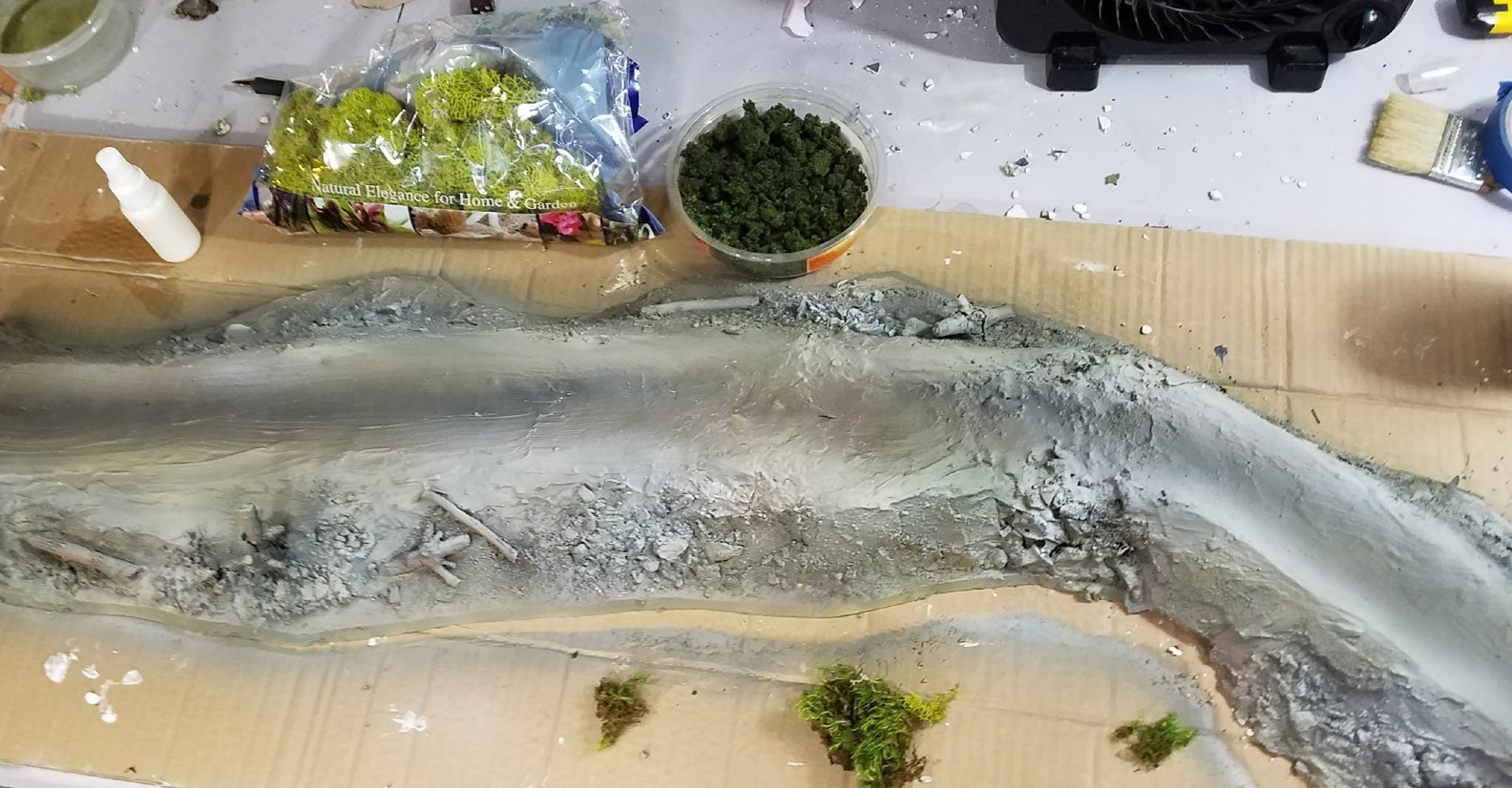