How to keep the line moving... 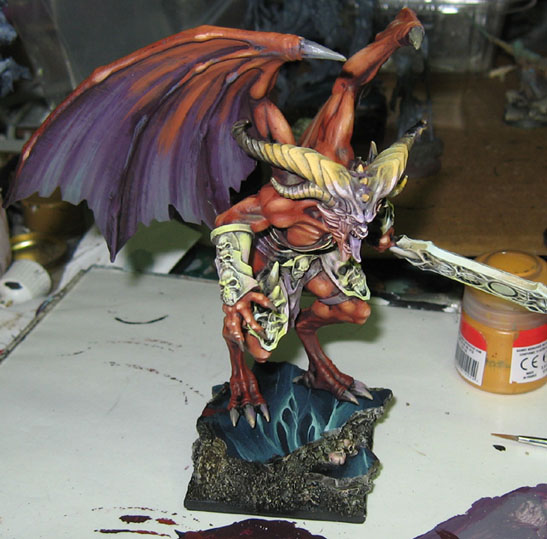 When you have the kind of insanity which went on this week, it can be very hard to keep a production line going at all, much less at full tilt. This is a conversation about ways to keep the train on the rails, and to maximize any time that you have.

While very few of you will have to paint vast numbers of commission minis and keep a kickstarter program going,  there are long term army projects that all of you do, like armies!

One way I try to maximize time is by working on tons of projects at once.  This allows for a lot of flexibility.  For instance, when I am working on bases, I will make a few bases for my army miniatures.  That goes for times like yesterday, when I am running around cleaning floods and sealing basement walls.  Or even during the allergy attack, when I could not speak and barely see!

Instead of giving up completely on miniature related stuff, I do those "simple" grunt work tasks like filing mould lines, making bases, priming figures, and so on.  While my brain is useless for high level tasks, I can at least sleep walk through those parts of the hobby.

I think most folks tend to just say the heck with it, and prefer to wait until they are 'in the groove'.  Well, even for someone who does this 12-19 hours a day every day, you are seldom in that groove.

Another way to help get that army painted in less than 10 years is to have other figures on hand that might be using the same colors you already have on your palette.  I have an example here.  Over the last few days, one less demanding task was putting the initial 'shaded basecoat' layers on the color test Ultraforge Demon Prince. 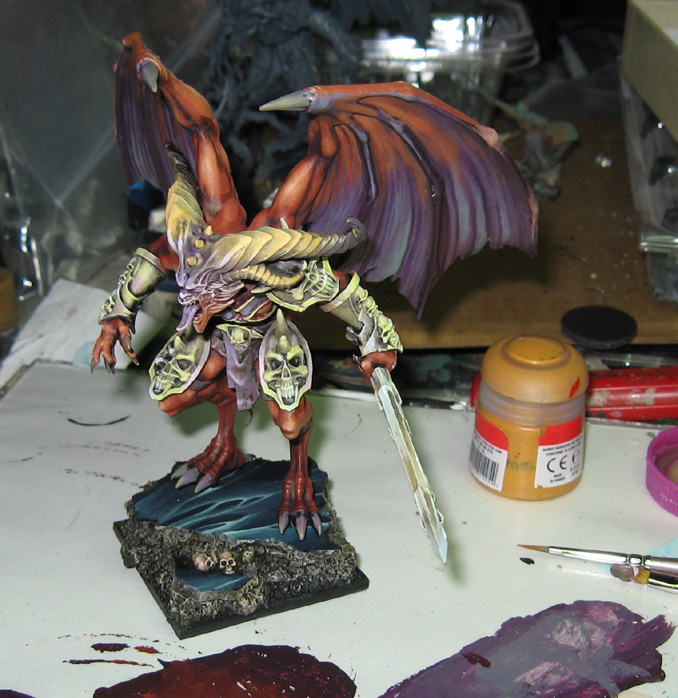 In these images, you see him just about at the point where I start glazing and tinting darker.  That is another less intensive task, which I will be doing at the same time as the darker glazes on the Abbadon / Loki project. 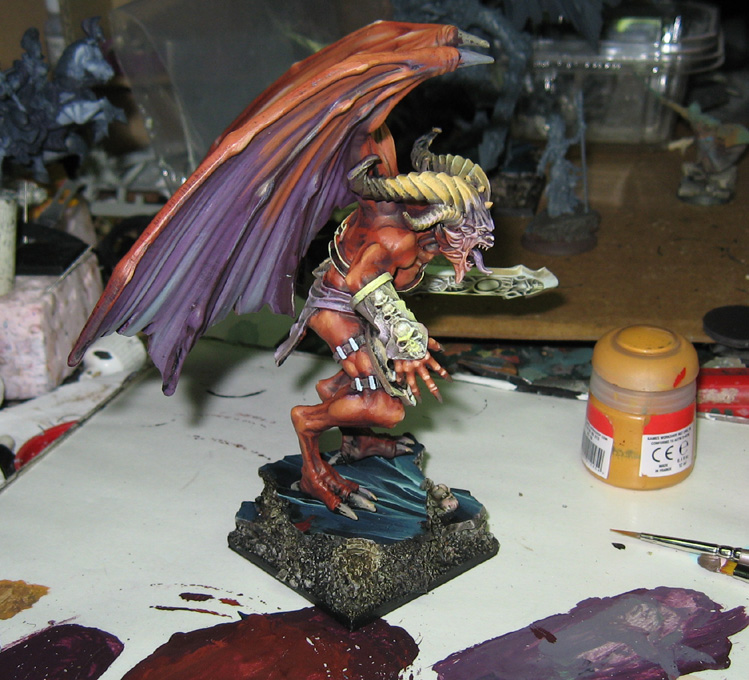 The whole time I was painting this, I was also putting colors on the Abbadon / Loki set... such as Loki's cloak... 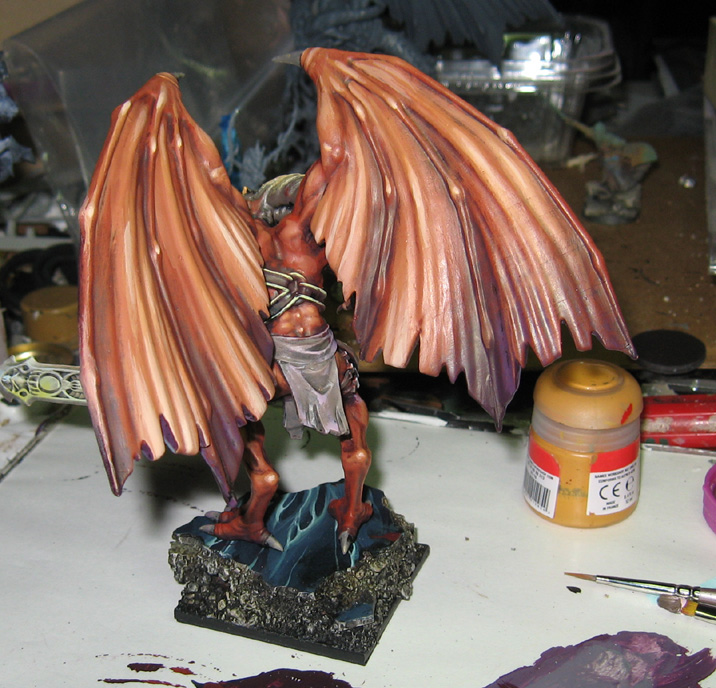 Some of the colors that I used on the base were also applied to some bases for more Dark Eldar Kabal warriors. 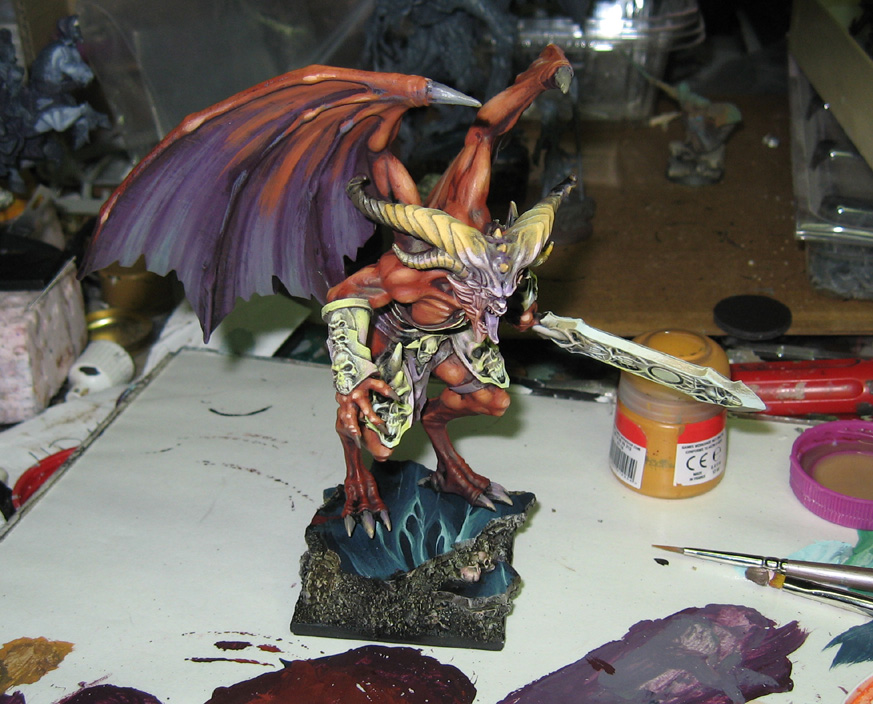 And here they are!  As I was assembling the second Ultraforge Demon, I brought out these extra Warriors that were never used for Adepticon.  The goal is to make more boots on the ground, and what better way to start by getting back to the most basic infantry?

I already had all the basing material out for Abbadon and Loki, so why not make a half dozen more bases for these guys at the same time?  You would be amazed at how much time that saves in the long run. 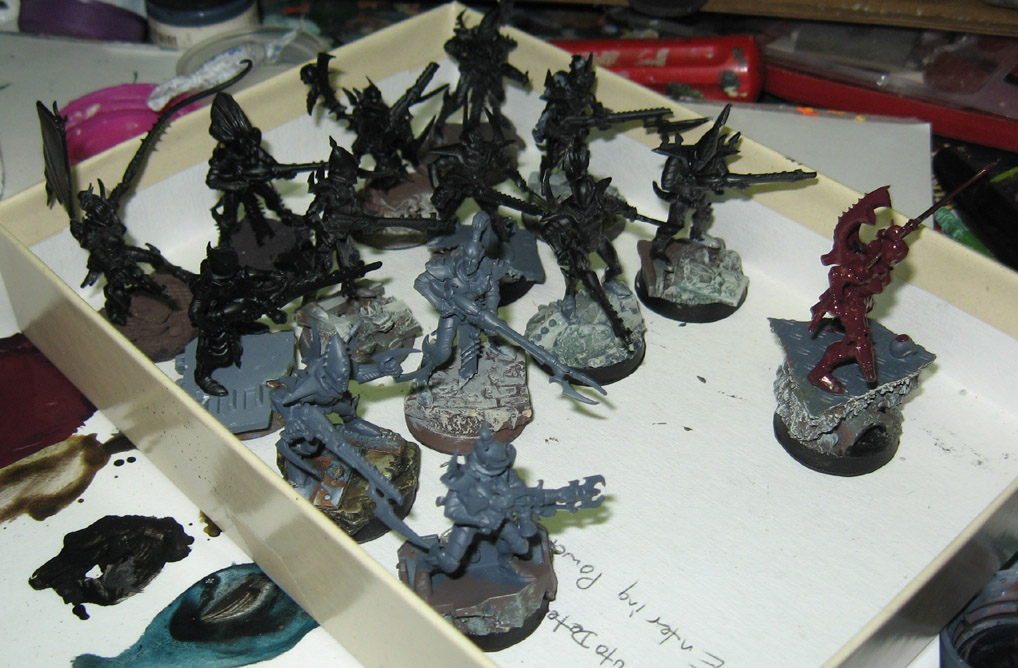 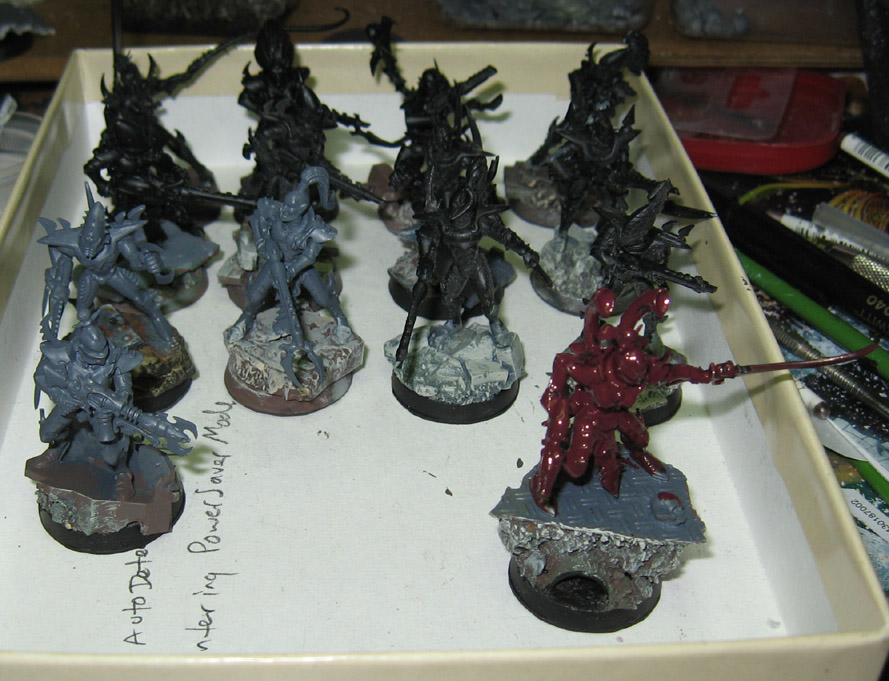 This gives you an idea of what was under way... 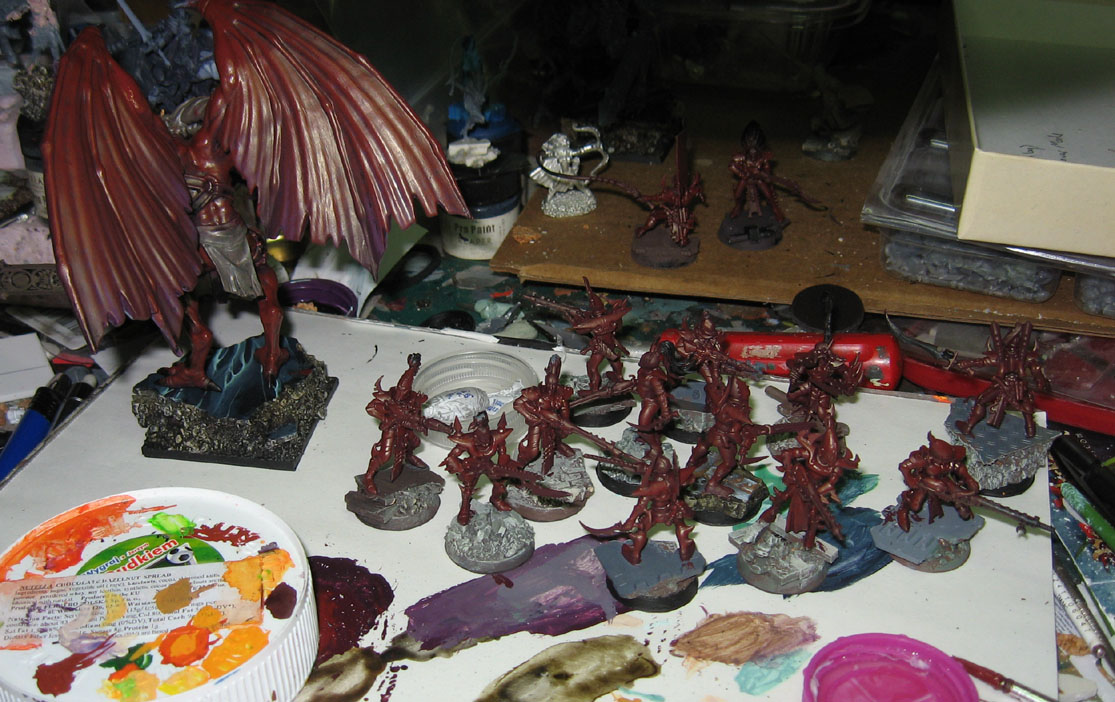 As I applied lighter colors to the Demon, I did the same with Loki's cloak and the Kabal Warriors.

In this way, I kept a minimum of 3 major projects going during a week of hell.  There was no risk of 'messing up', since these were tried and true tasks which were either very fresh in my mind, or done so often that I could practically do them in my sleep.

That was good, since there was more than one occasion where I just about fell out of the chair as I was working.

There are even more colors I can put on these guys as I continue with other projects, which will help keep the line moving!!! 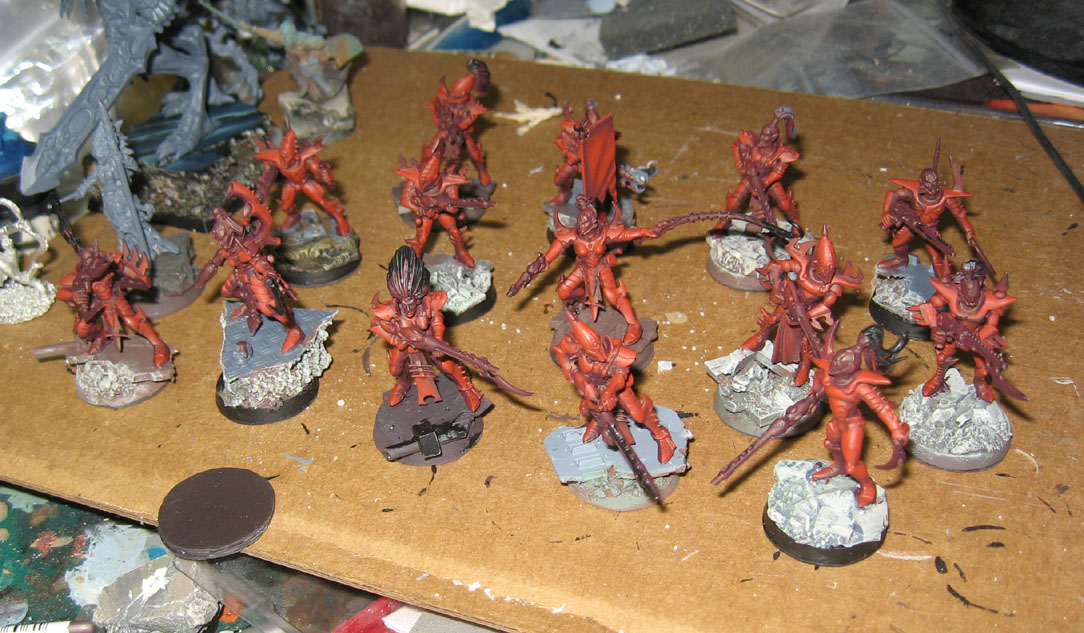