Why do I paint NMM? 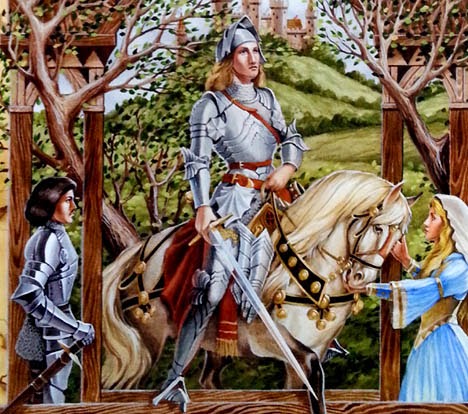 Now that I have been able to take some pictures of a few of my Arthurian series of paintings, I thought I could use them in this post to explain why I use the Non Metallic Metal technique.

The question has been asked over and over again, and now I have pretty pictures to go along with the explanation!  Yea!

Before I get started...this is NOT a debate about NMM vs Metallics.  Please dispense any hatred at the door :-)  It does not matter to me what anyone uses.  I don't really care about the absolutes and other insanity that flies back and forth between the rival camps.

There is one reason, and one reason only why I use the technique.  I spent many years painting 2D art.  Since there are no metallic watercolors or pastels, I had to "create" the effect of metal, as artists have done for centuries.

These images are examples of knights in armor, painted in watercolors.  The principles here are exactly the same as what I do on a miniature.  Obviously, there is a "back" to the figure.  However, The concept of reflected light, horizon lines, strong contrasts and reflected colors all apply to both 2D and 3D.

The first image has a bit of Sky-Earth Non Metallic, or SE-NMM.

For this second painting in the series, the object was to show the height of the glory of Camelot.  Summer vegetation, bright colors, sunny sky, and SE-NMM. 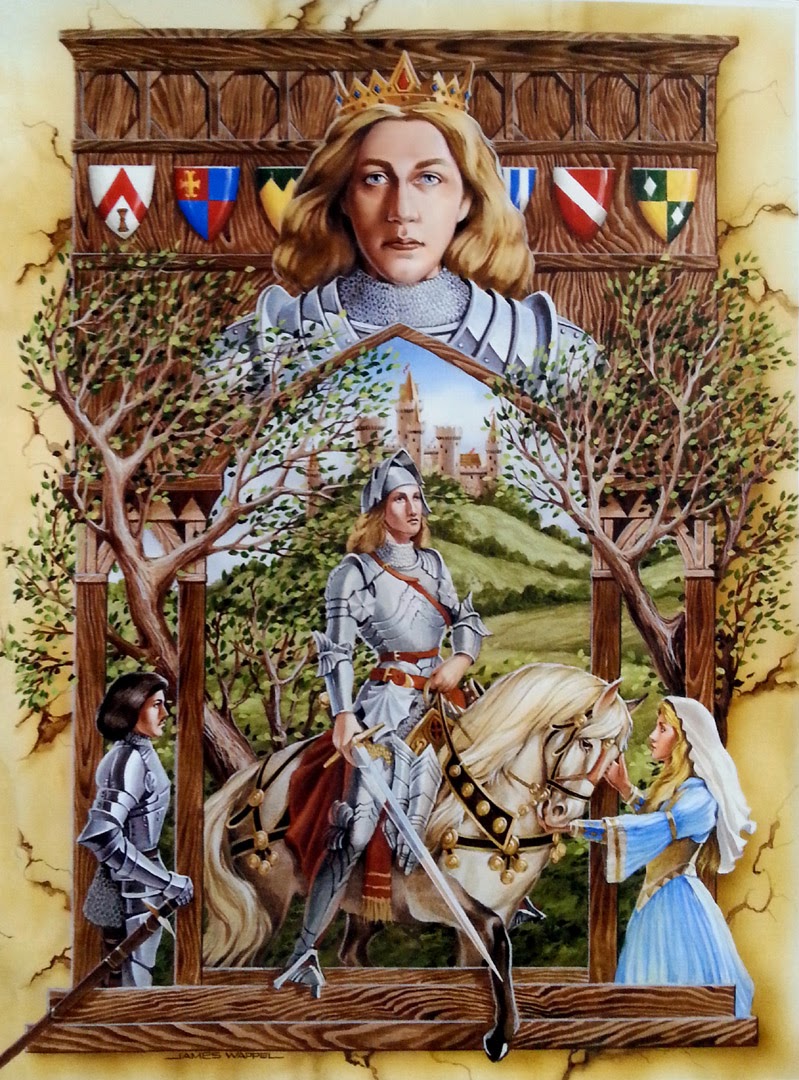 Now we see something different from the 4th painting in the series.  The fall of Camelot.  Fall colors, grey skies, and less reflectivity and bright highlights on the armor.

Again, the idea is to reflect as much light as possible.  You have seen me do this many times in miniature form.  In some ways, it is much easier to paint the effect on a 3D miniature than to create the illusion of shape on a piece of watercolor board!

There you have it folks.  The reason why I use the Non Metallic technique.  Simply has to do with my path to miniature painting.  I hope it makes sense to you all! :-) 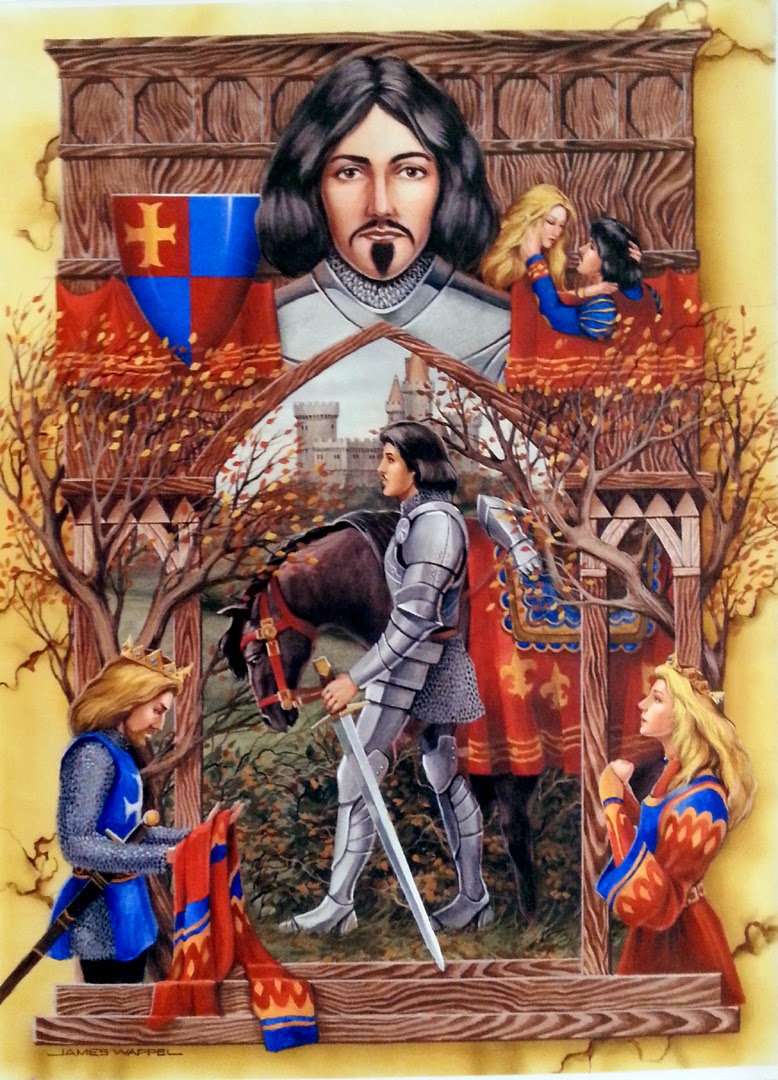 Posted by wappellious at 1:14 AM