Revving those engines... Side by side racin' 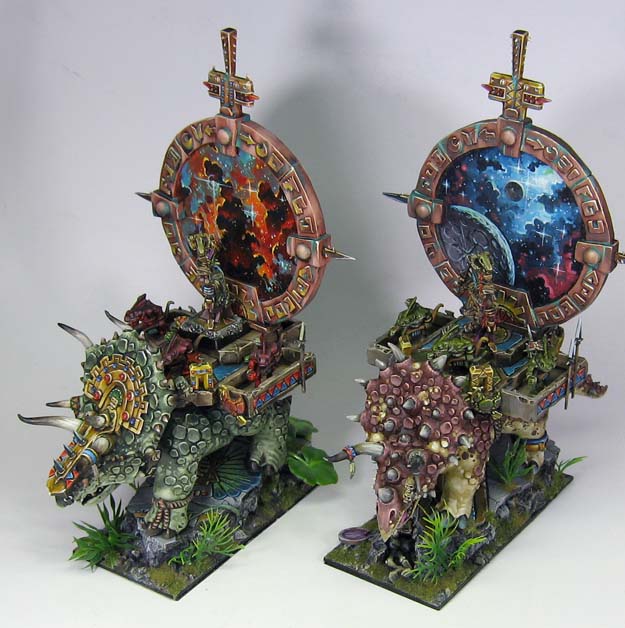 This is a sight that I have been waiting for quite a while to see!  Both completed engines in the same photo.  At least not a battle report. :-) 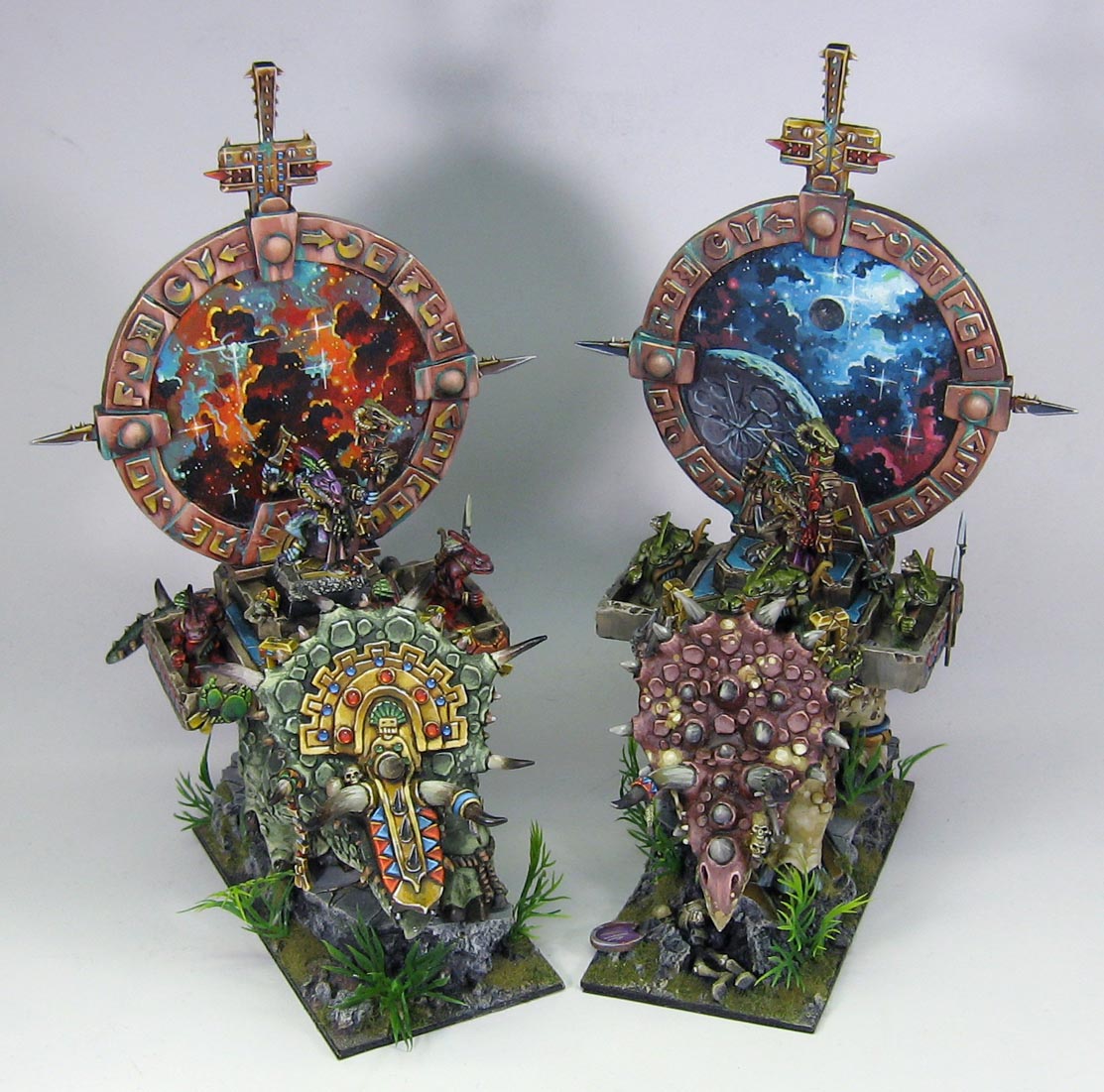 These images give a btter idea of how I tried to make each element of the engines different from each other.  There are the physical differences, such as the sculpting of the stegadons and the designs on the howda floors, but more importantly in the portals!

The skinks are as different as I could paint them, and the preists as well.

The bases are different in terms of the designs on the temple floors, and the foliage. 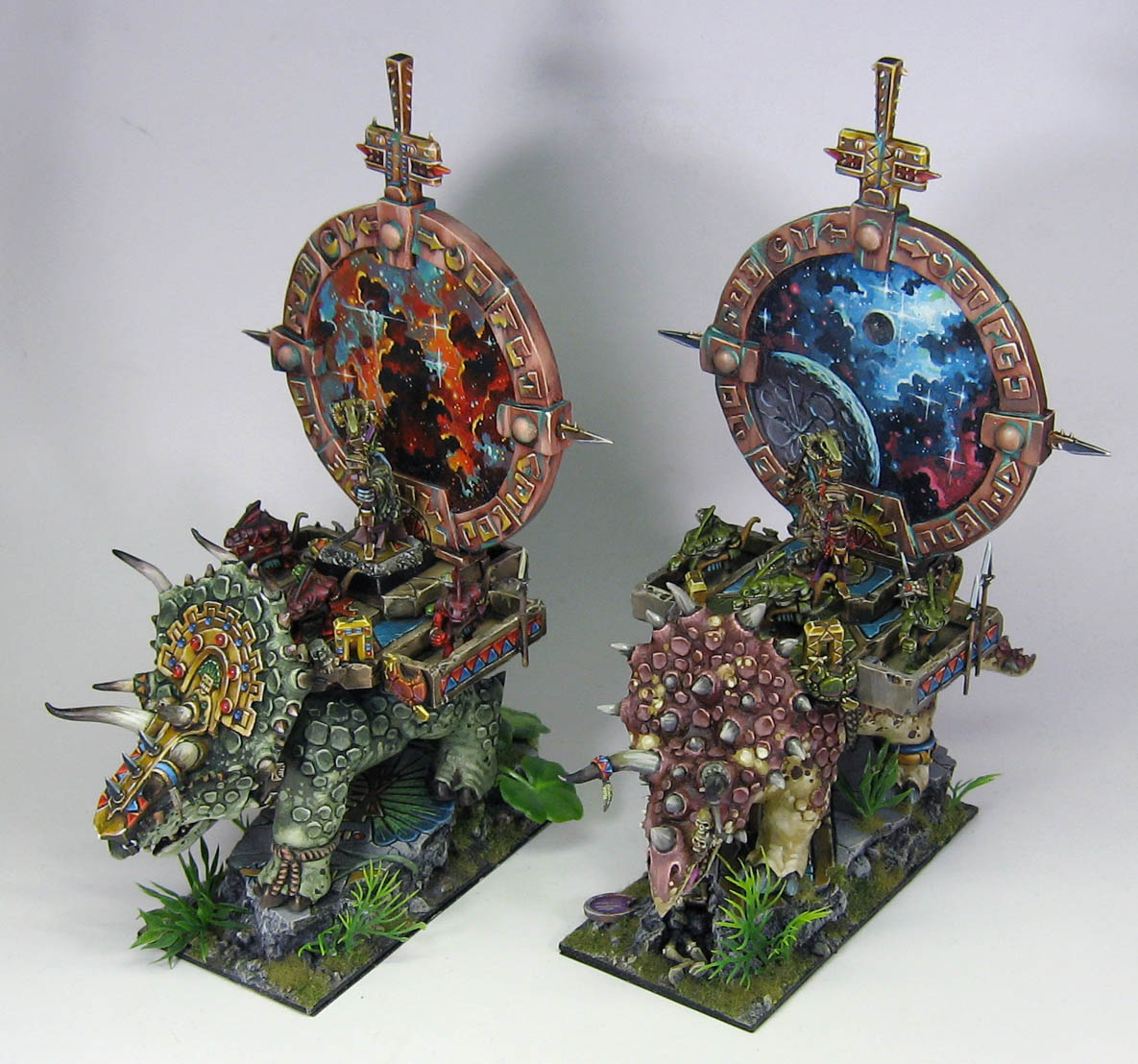 I really learned a lot when I worked on these.  Those lessons would come in very handy for making the Tomb Kings Titan and Colossus!

I have a warsphinx that should be up on the blog at some point tomorrow which made me think of these.  I didn't sculpt the warkitty, but I was able to make a whole new howdah. 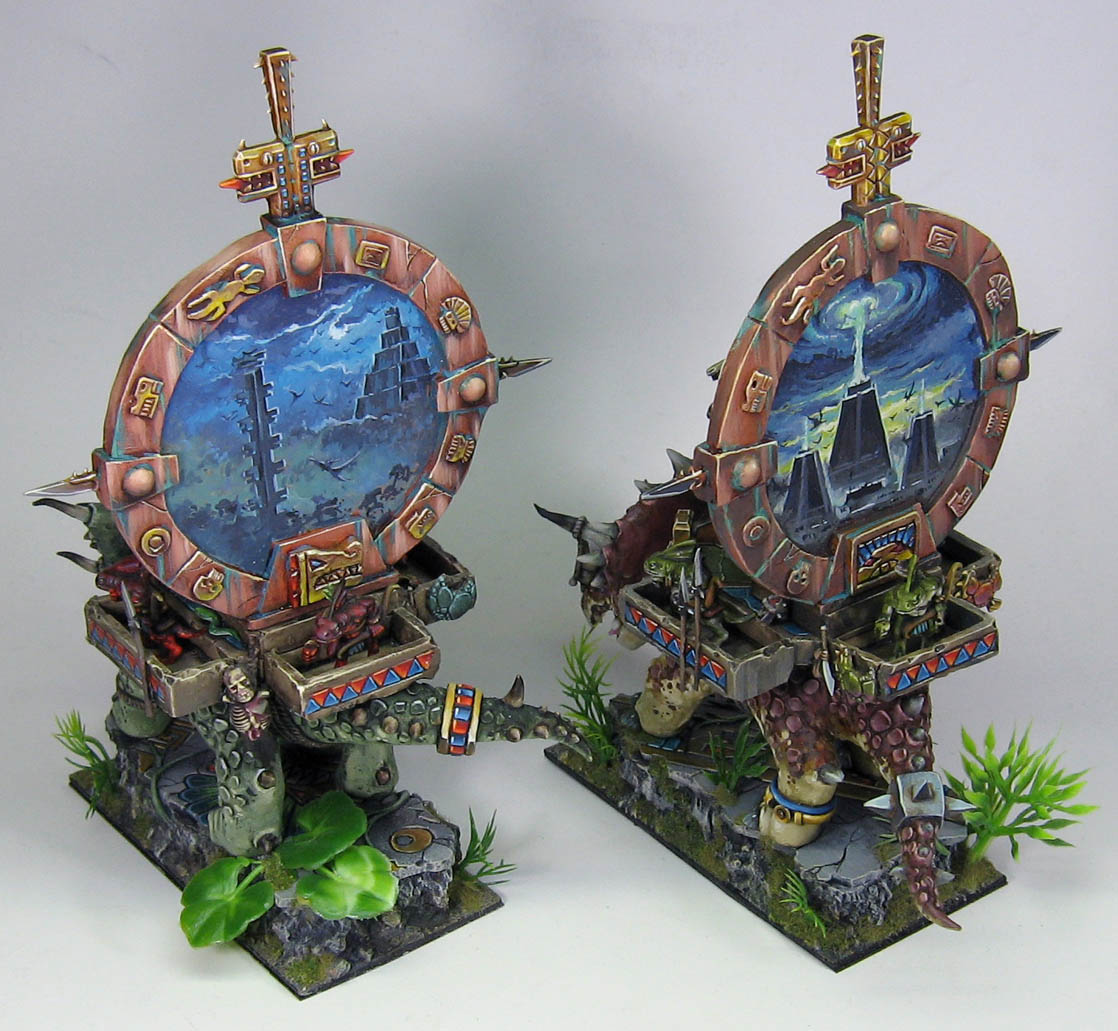 Well, it's just about time for me to pass out now, so see you all tomorrow.  Actually, that would be later today.  Expect to see more Angron as well!!!

Posted by wappellious at 3:54 AM