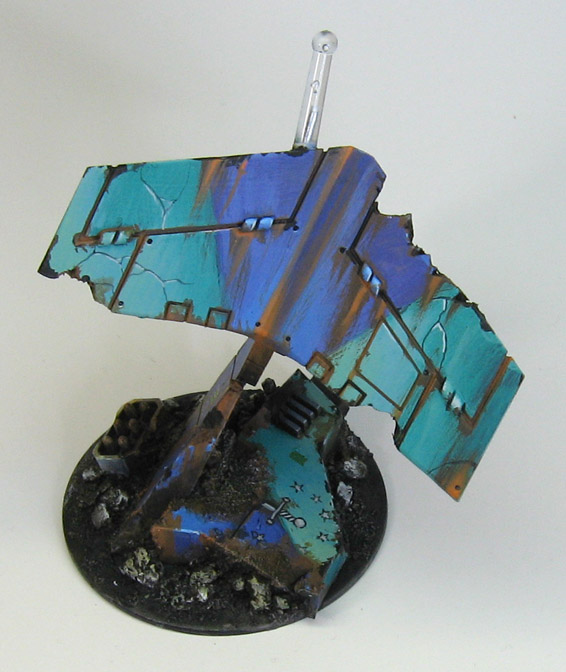 This base was fashioned in honor of the "crashed plane" sculpture that the city, in its infinite wisdom, placed right in front of the main bus/train terminal that leads into Midway Airport.

I am not sure what it was supposed to be, but it is made of polished steel of some kind, and looks just like a plane has crashed, with the tail sticking up out of the ground.

So, I could not resist making one as a base for the Archon's Venom! 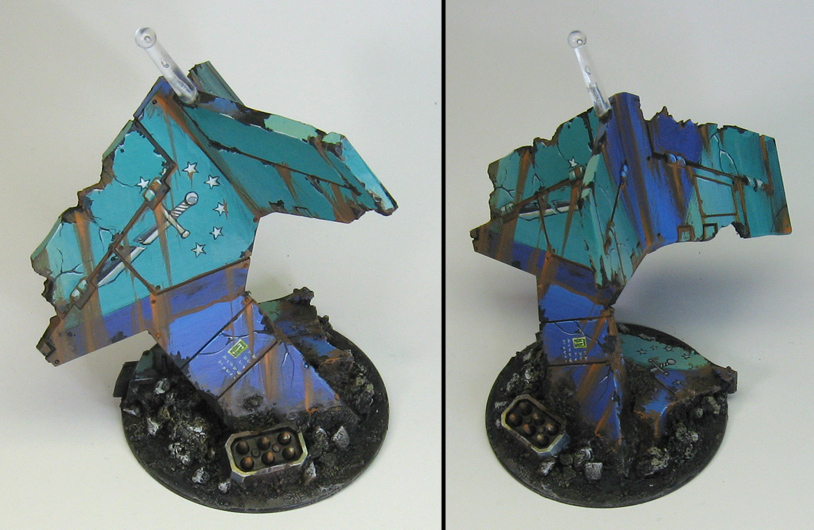 It was a very fun base to make, and must be the most painting I have ever had to do on a 60mm base! 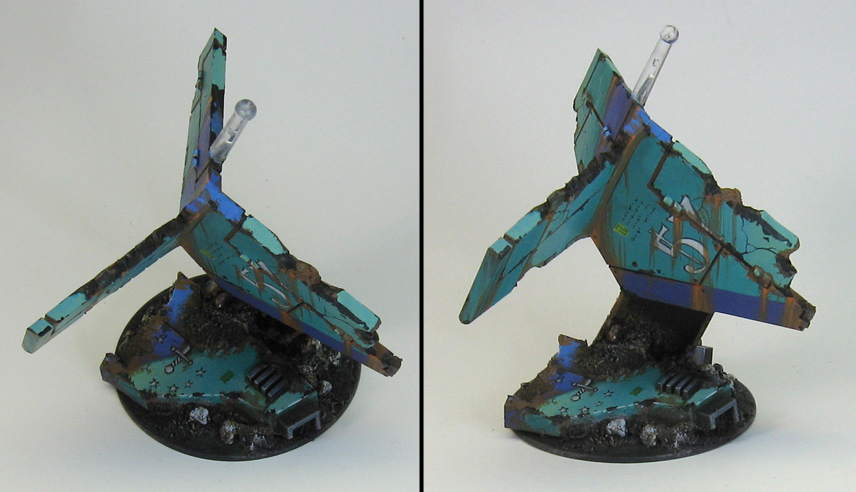 I continued the same "Broken Blade" color scheme and freehand as I have done on the smaller bases. 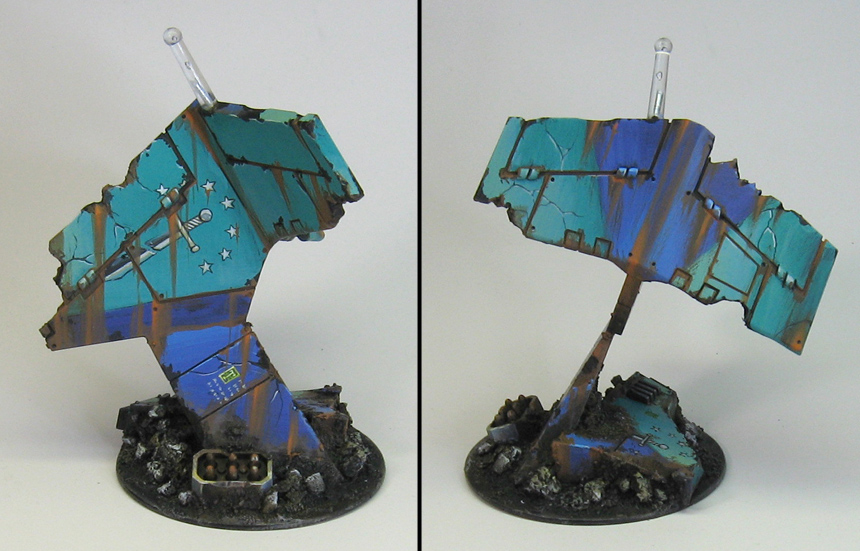 I also started to slap some colors on the Archon's venom.  Yes, I realize that I will never be able to hide this thing behind cover, but it doesn't seem to matter much with the new rule set anyway...

I figured that I would just have myself some fun with the bases instead! :-) 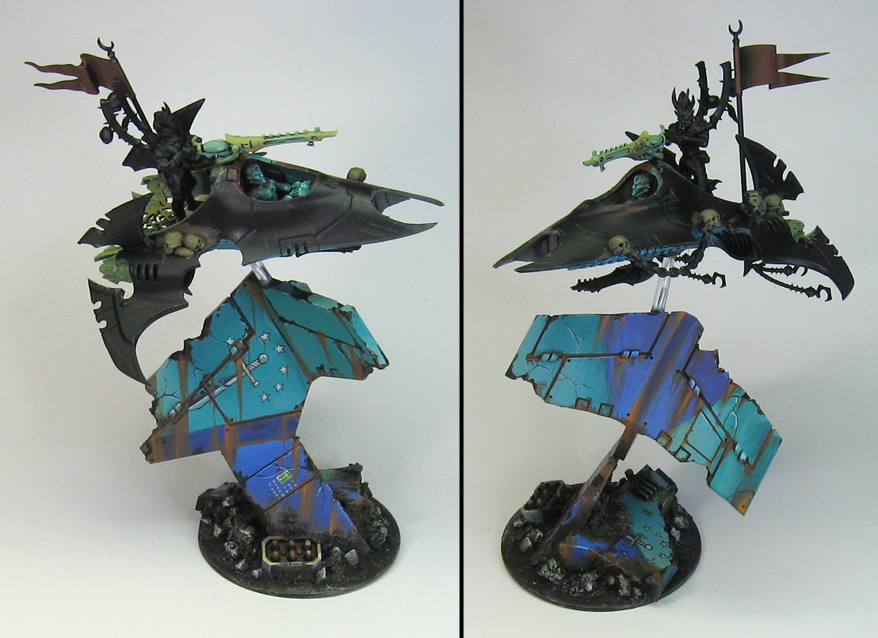