Forces of the Forsaken: Saint Mark 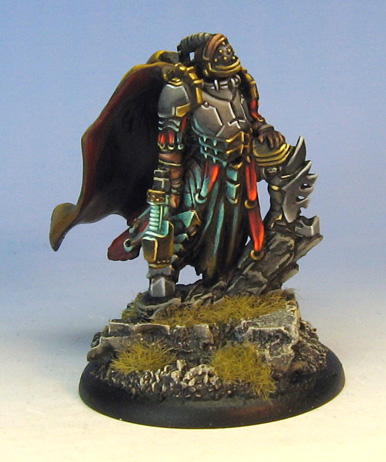 Here is a faction of Forsaken led by the character of Saint Mark.  The Forsaken are divided into those various Saints (you saw a lot of St. John yesterday).

These are some Banes painted in the St. Mark color scheme (you might recognize the snakebite leather based colors on the cloaks from the Privateer Press post last night).  These were also sculpted by Werner Klocke. 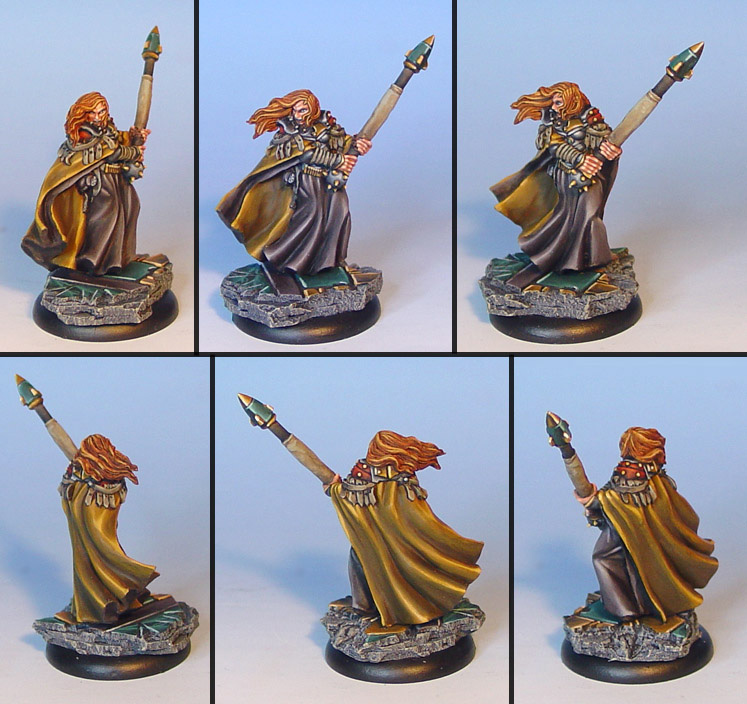 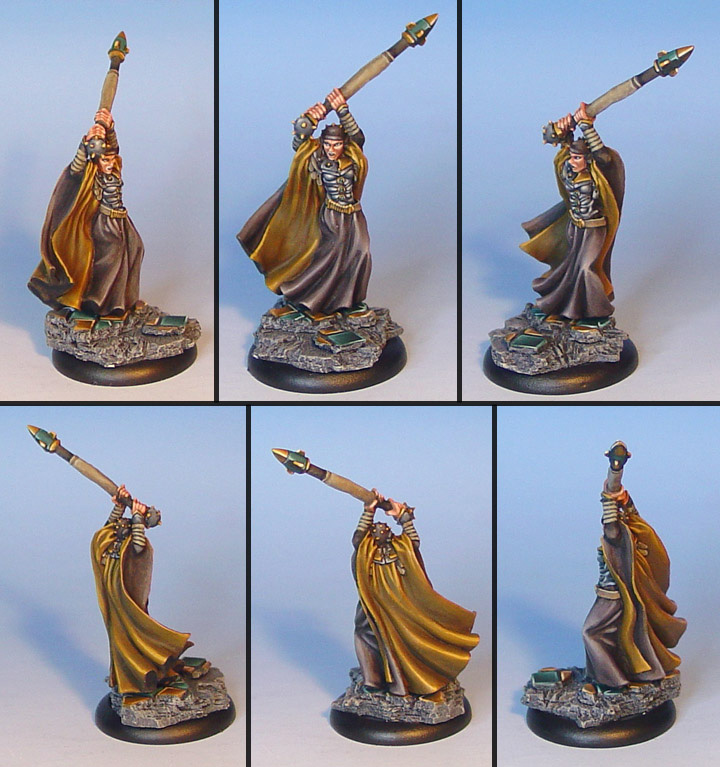 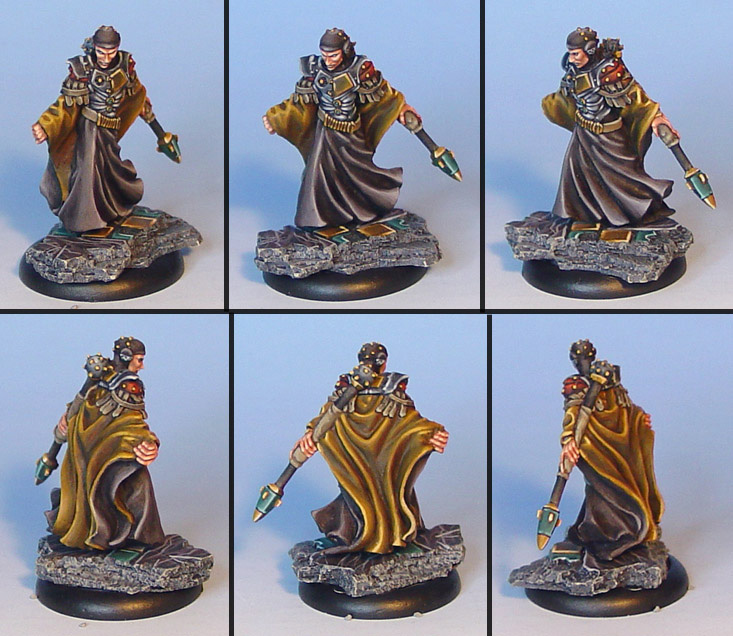 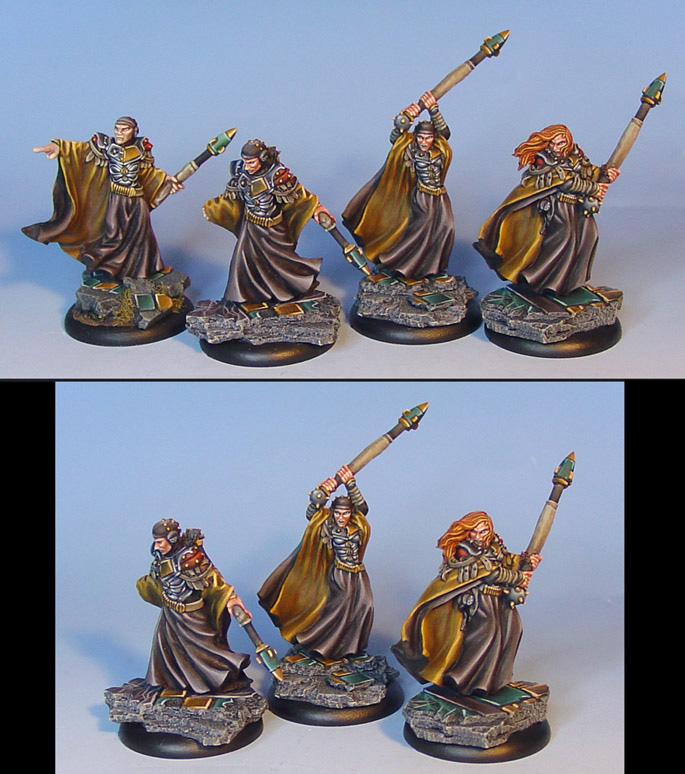 And Saint Mark himself.

The first of the Saints, Mark is an ambitious, cunning and charismatic individual.  Regarded by some as an emissary, by others as a ruthless brigand, he now finds himself embroiled in a bloody war against the alien Dragyri.  Nowhere are the casualties as high as in the Western Crusade, and seemingly endless caravans of civilian fugitives flee for New Ashkeleon from the West.  Mark's elite Reavers and Shades are masters of subtlety, and when necessary the assassins can be backed up by the immensely powerful Junkers. 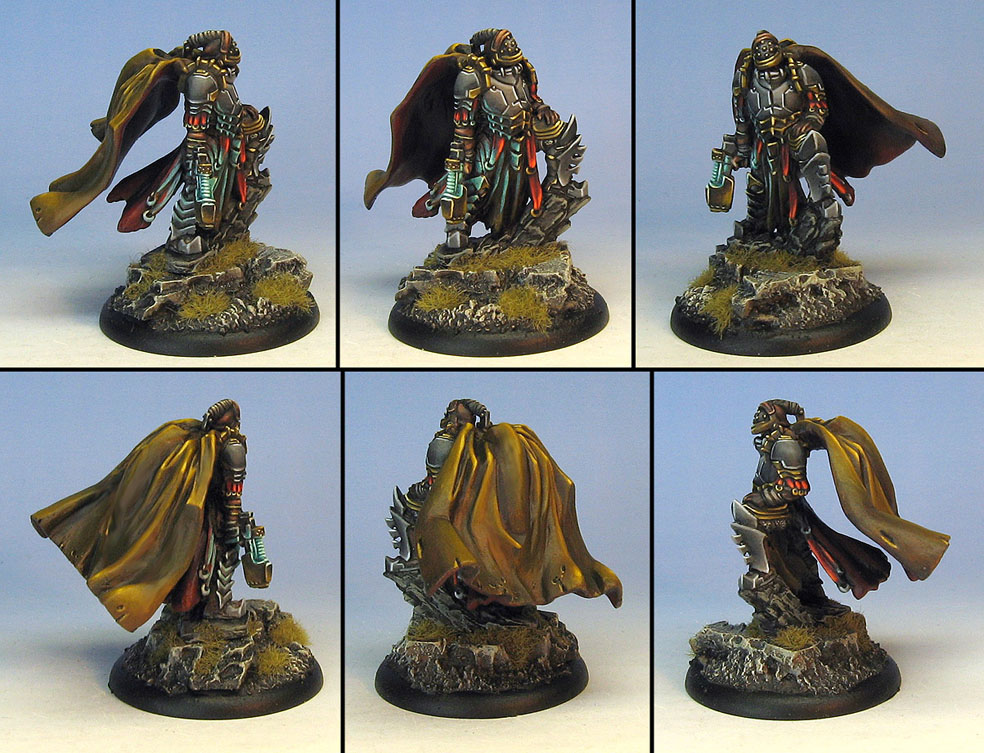