Let it snow! Finishing the next apoxy sculpt rock base 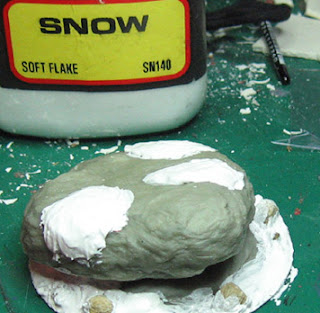 Once I had all of my rock textures pressed into the apoxy sculpt, I let that set up for a bit.  I wanted some rocks that would be big enough to stick up through the snow piles, so I found the biggest ones I could and set them into the oxide paste. 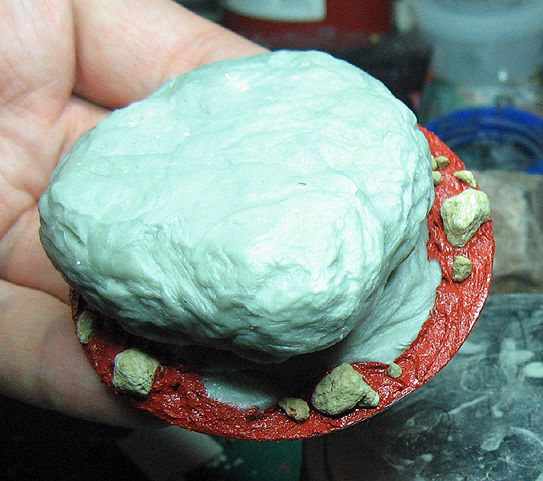 I used a little more oxide paste to put down a foundation layer for the flex paste, which has a tendencey to skid across smoother surfaces. 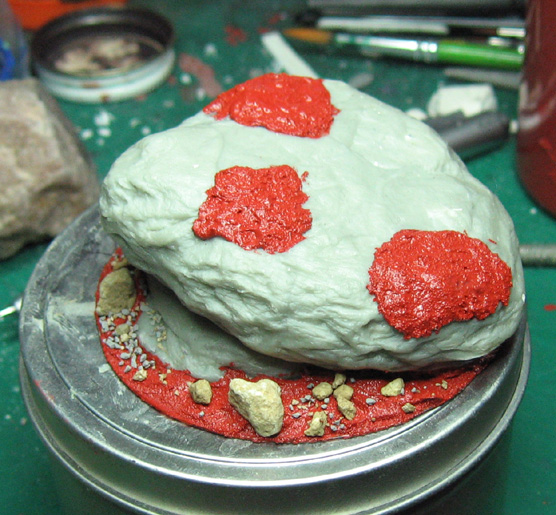 Time for the Flex Paste! 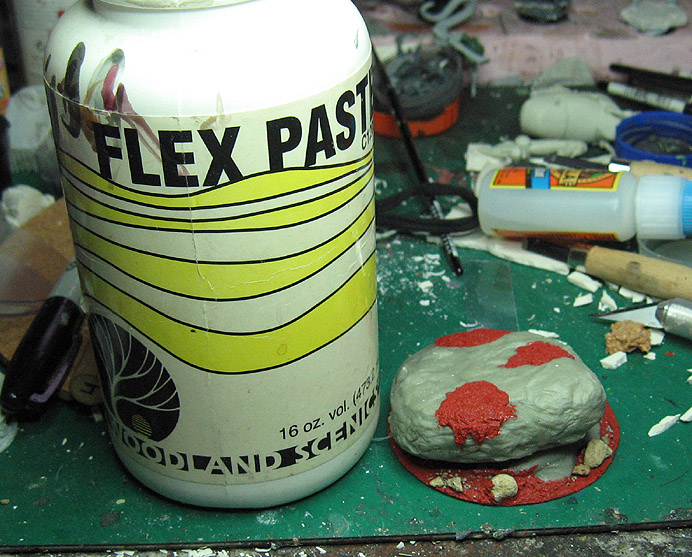 I watered down the flex paste a little to get a better flow on the brush. 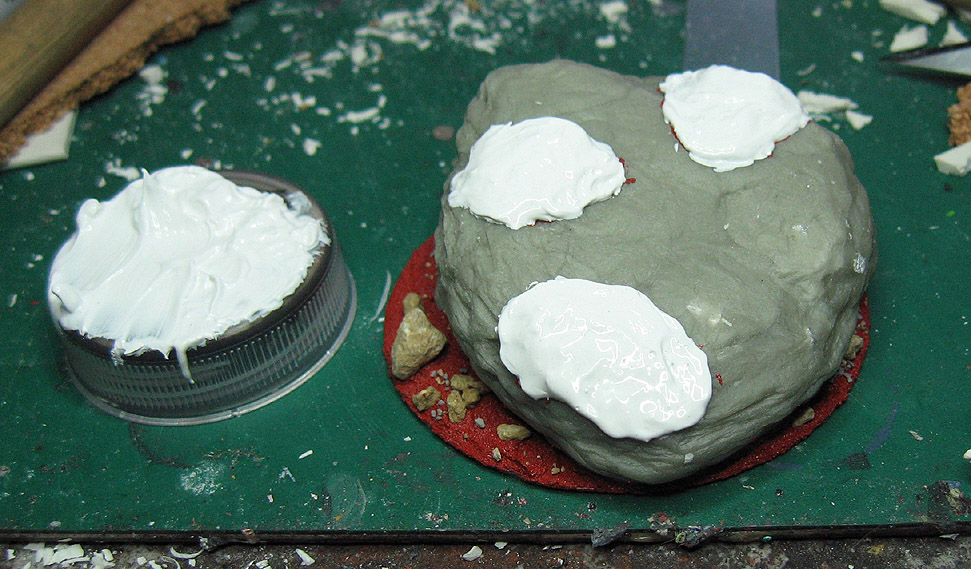 It is important to apply it as smoothly as possible, since it is supposed to be snow, after all!  Watering down a bigger flat brush can help to smooth out the top of the snow piles.

While the flex paste was still wet, I put some snow flock on top.  Normally, this goes on top of my painted snow bases.  However, since these were being cast for production, nobody is going to know about that trick!  So, this will get that flaky snow texture for the casts. 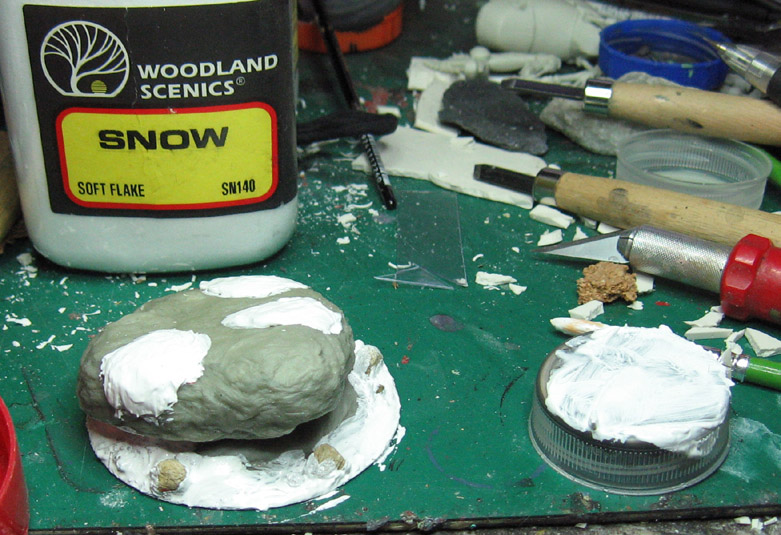 I also applied the flock to the snow along the bottom of the base. 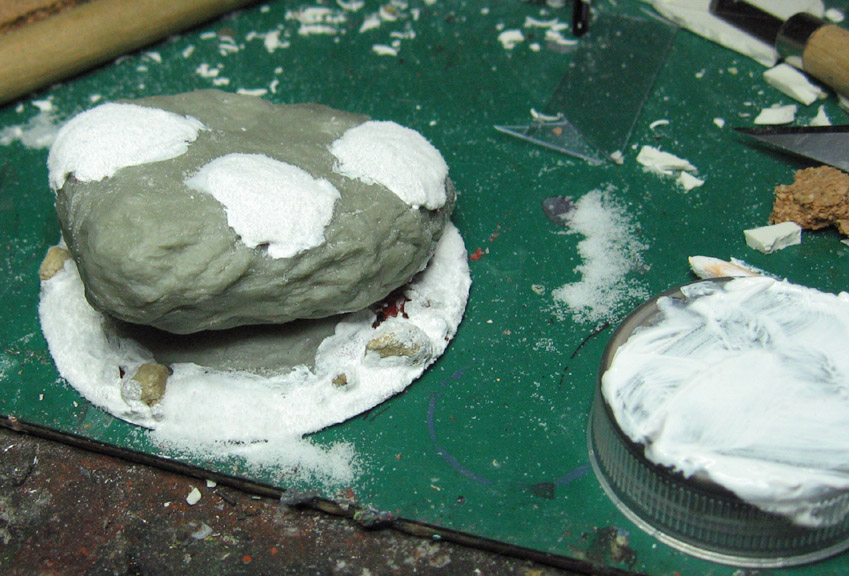 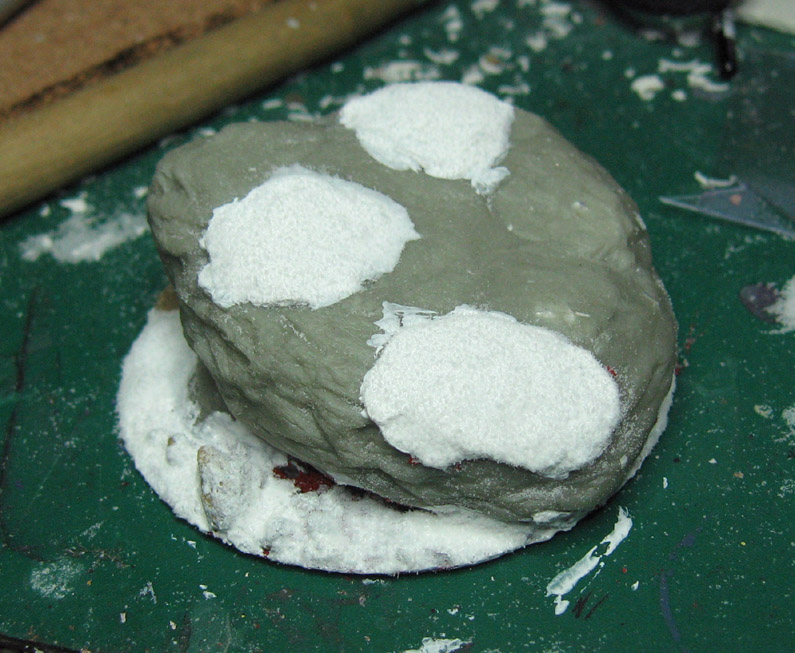