These guys are beasts! 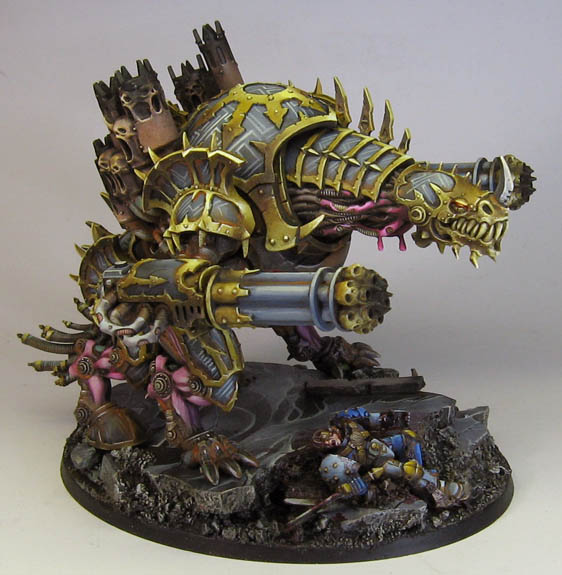 At first, I didn't think these guys were too nasty in a game.  I was wrong.

With 4 hull points, walker traits (and armor to go with that) and high strength attacks, these suckers are brutal.

I think they are also demons, so they get those saves, and a chance to repair themselves.  As if they needed it!

Just one of these inflicted some major damage to the Dark Eldar in that practice tournament game that we did a while back.

This was the set of options that was used, not the plasma version.  I am sure that one is also very nasty.

This guy was done in an Iron Warriors type of scheme.  It was also the vehicle where I discovered the new use for the Vallejo transparent red.

Some of you may recall the blog post that describes the way I magnetized the weapons and the heads. 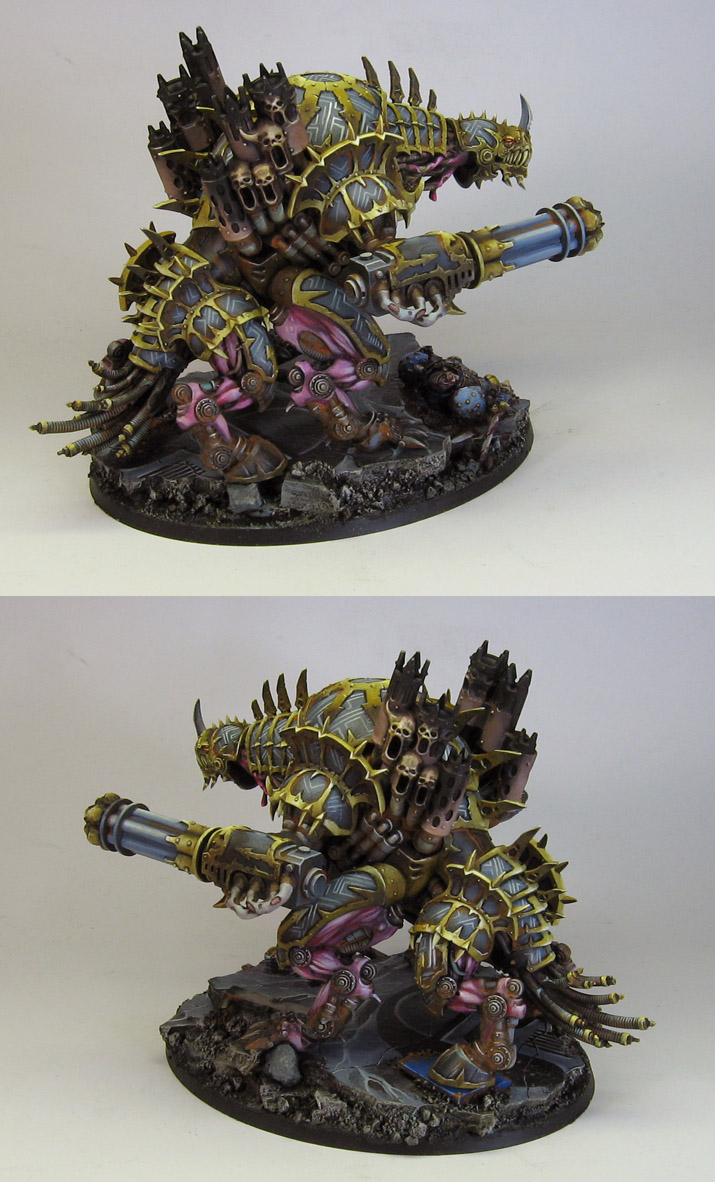 There are also some blog posts that show how the base was made .  If you have not seen those, be sure to check them out!!! 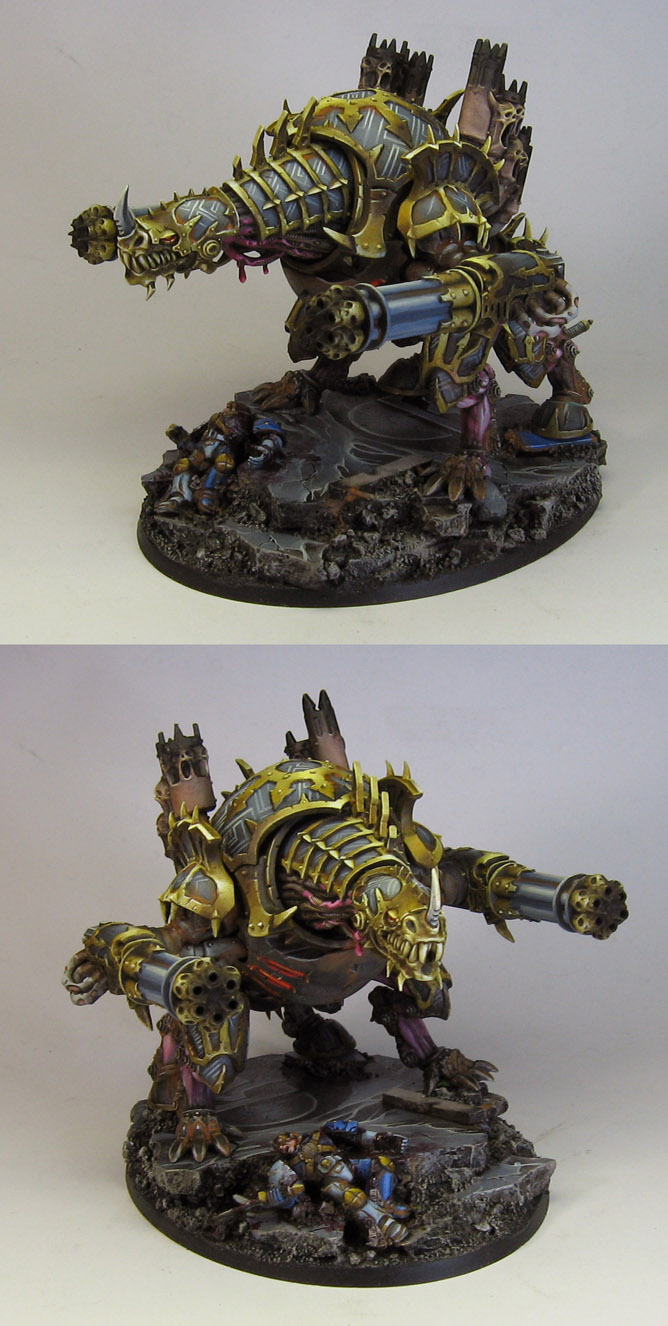