The Star that Bleeds We are nearly at the end of the Reaver Jetbike series for the Dark Eldar.  Where possible, I tried to incorporate the symbol of the Blood Star into the freehand designs.

This was another converted Jetbike, using some Raging Heroes bits, as well as chopped up pieces of hull.

The same freehand pattern was done on everything in the army.

Even the bases had significance, as the 'trophies' and casualties were written into the story.  Essentially the opposing army to this force. 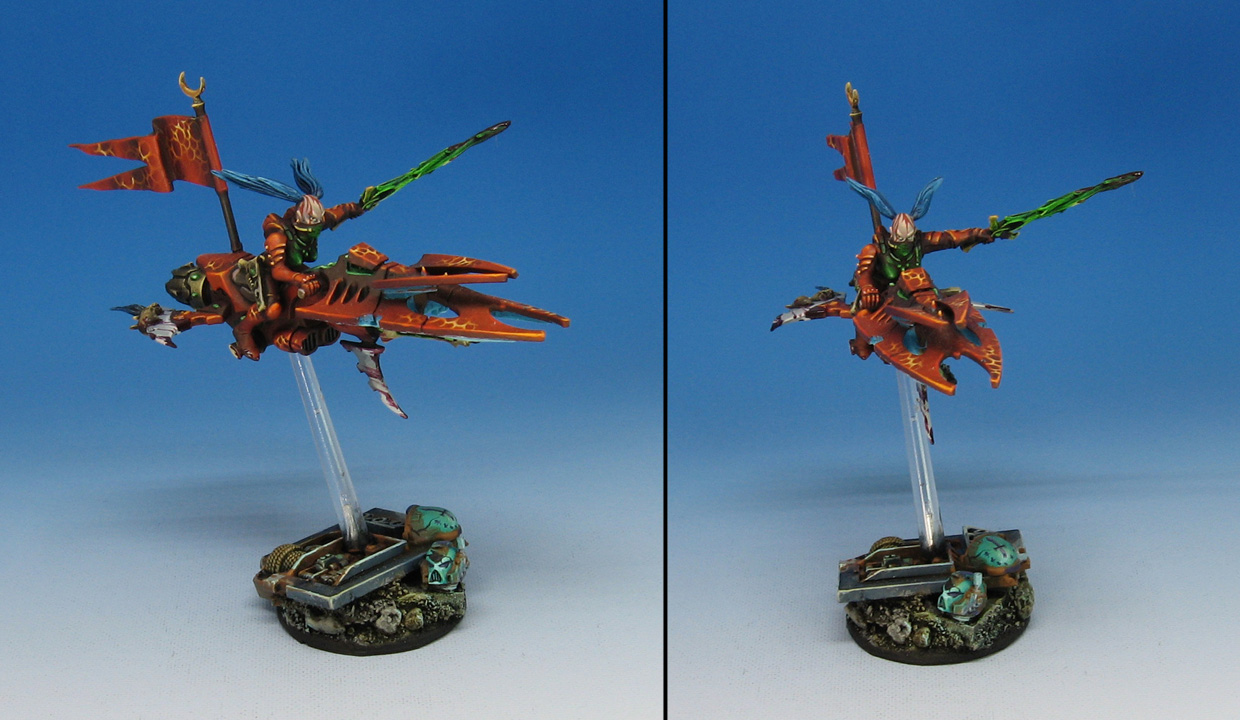 The views from above!

Posted by wappellious at 2:10 AM