Construction of the display board continues: rocks, tiles, and buildings 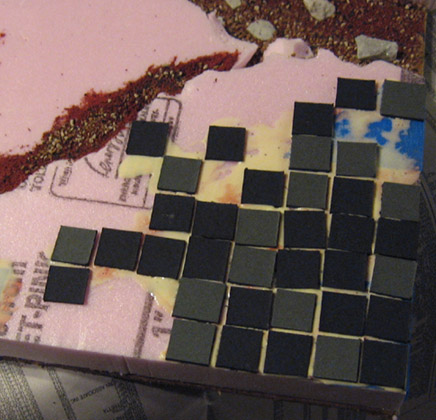 When I last left you, I was gluing rocks and gravel into river beds, and filling in gaps between foam layers.  That process continued for a while.. 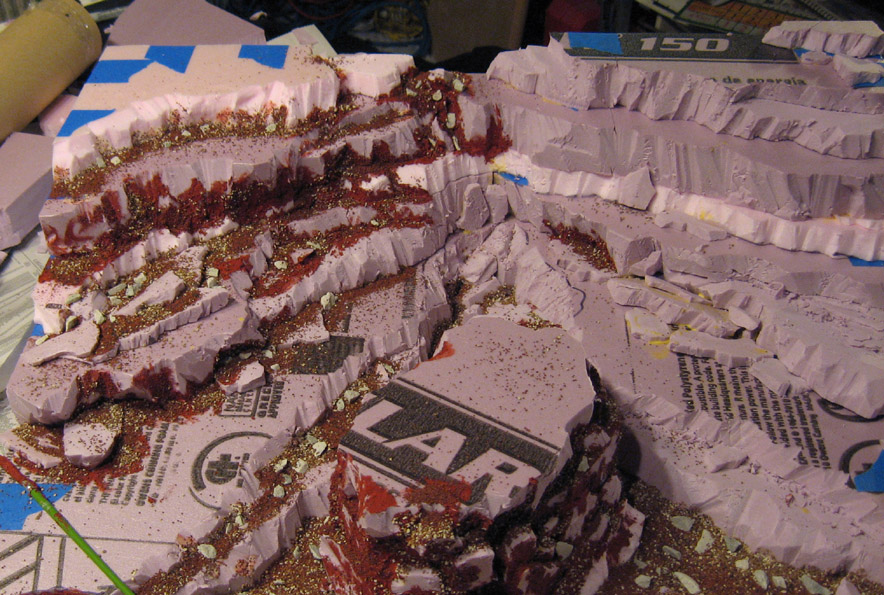 Once that was finished, I needed to put some simple square tiles down where the Khandish chariots would be positioned.  They also had this texture on their bases.  The idea was to keep the chariots on the outer edge of the board, demonstrating the reason why the elves had retreated to this redoubt. 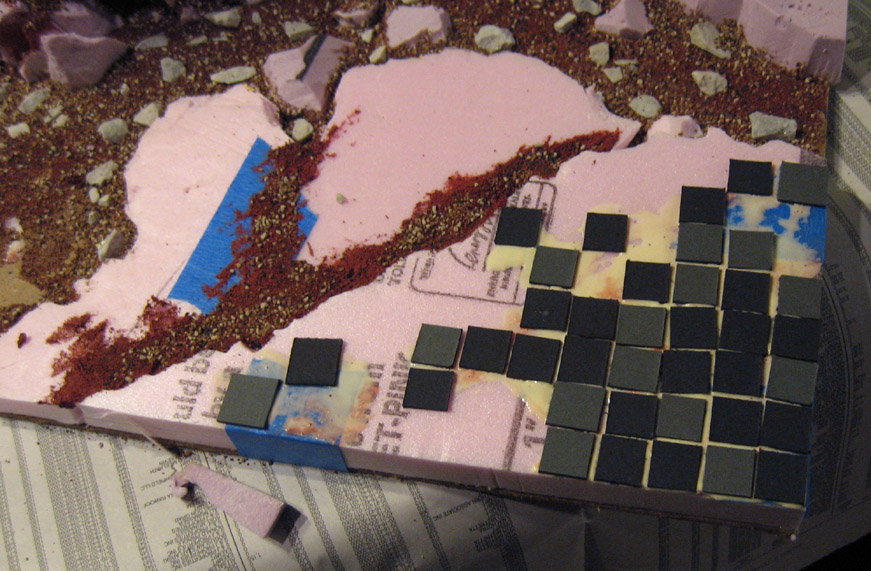 I did the corner on the right first to get the technique down.  These squares are a little bit bigger than those on the bases, but it gets the point across :-)  You can see that I started to lay down some broken flooring on the left side as well. 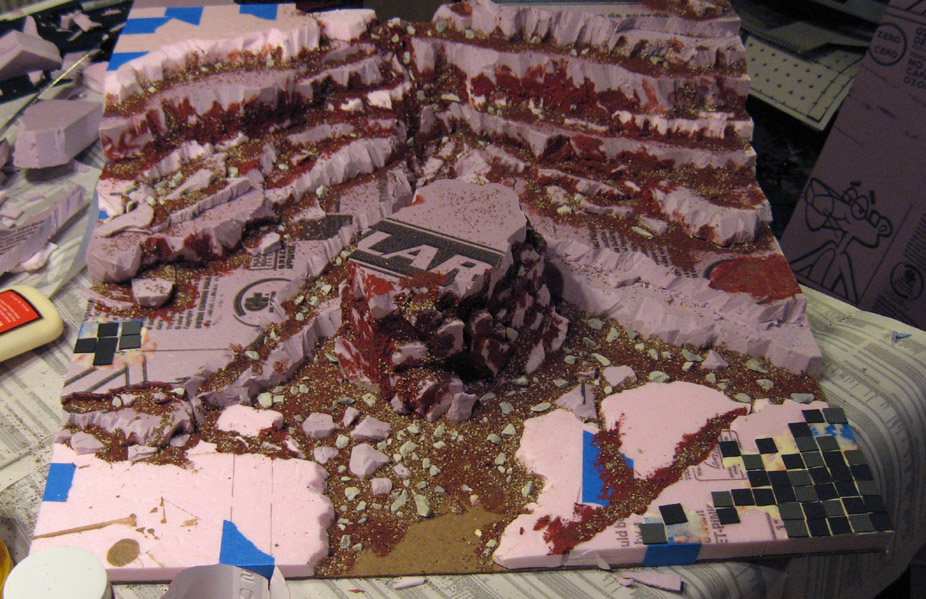 Then it was time to create some buildings.  My original plans were for something way more elaborate, but time said otherwise.  Since ruined buildings take way less time to make, I put together some damaged buildings using foam kindly donated by Rich. 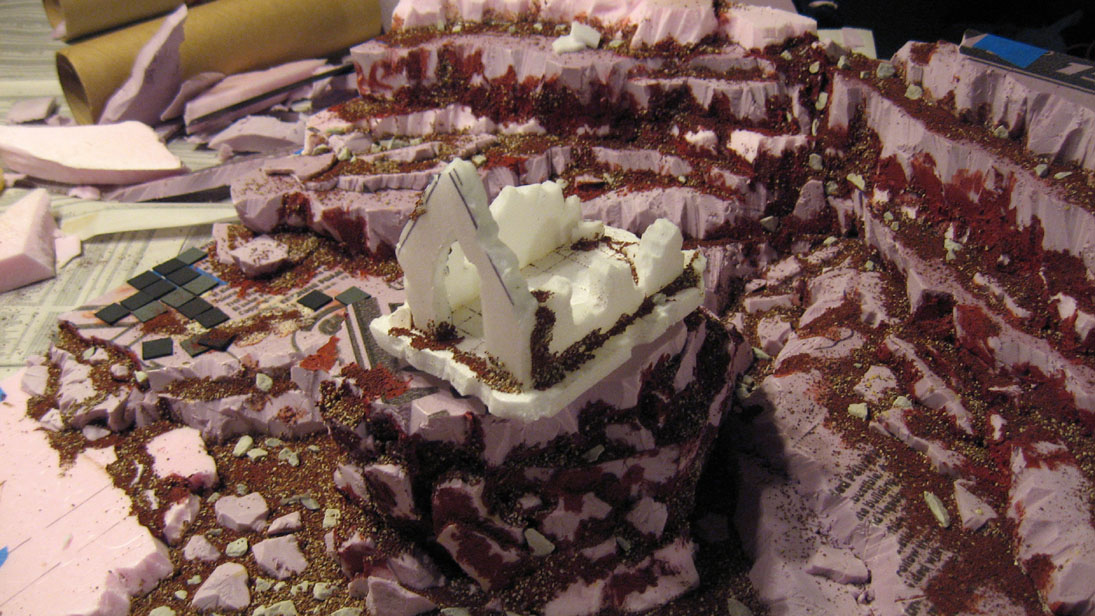 That foam was surprisingly easy to work with.  It could be cut easily, weathered and textured.  I could take a simple scoring tool to make cracks and tiles, etc., in no time at all! 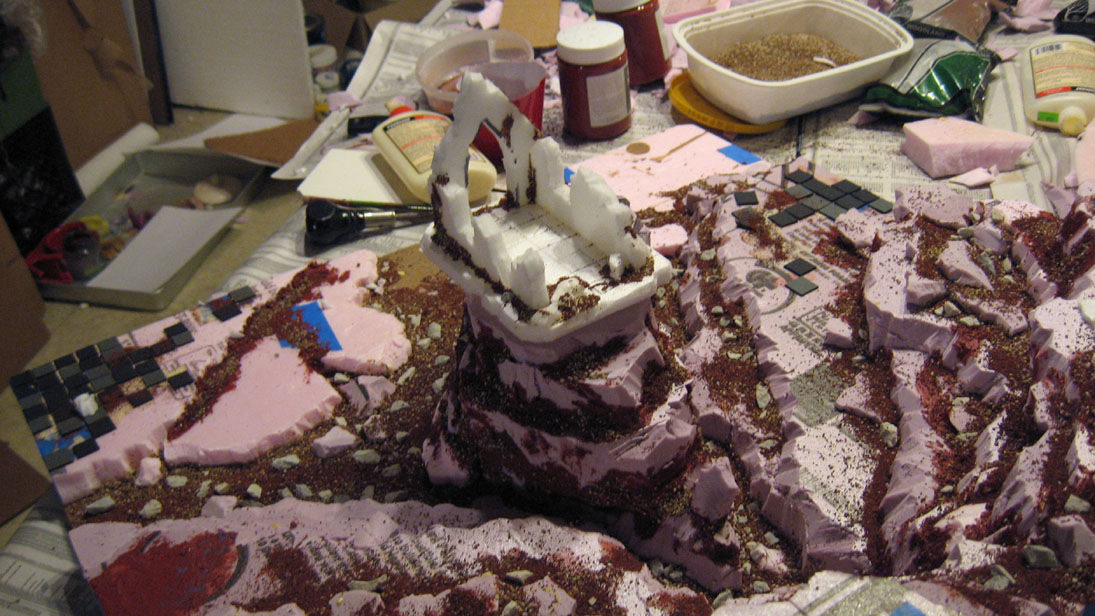 Instead of an entire set of fortifications on the upper level, I had to find something else quick.  so, I made a slightly larger ruined building to carry the theme of the watchtower on the island. 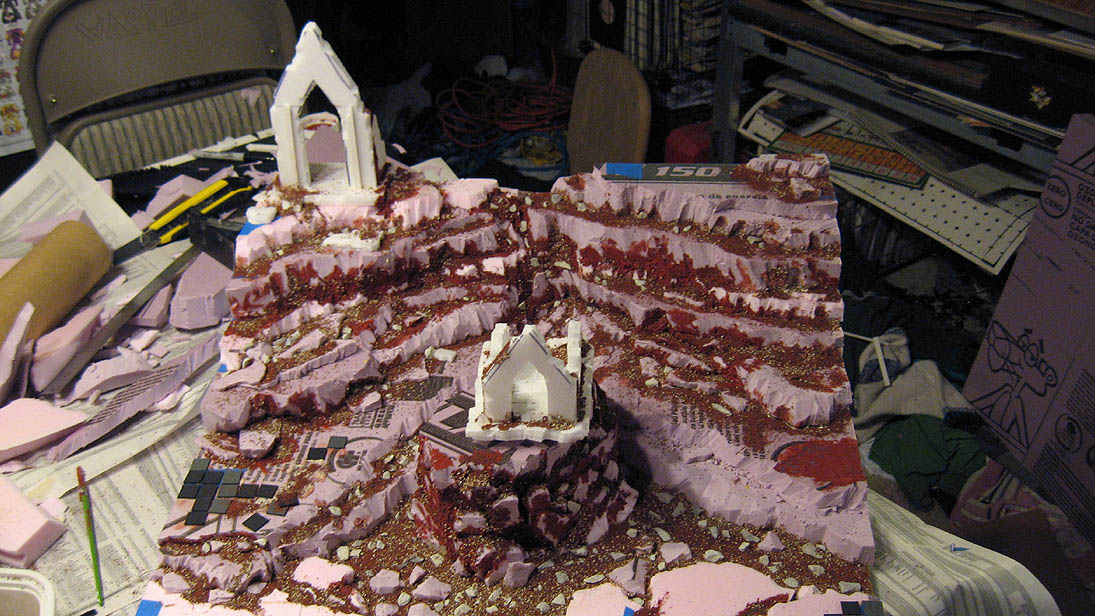 The view from the upper building... 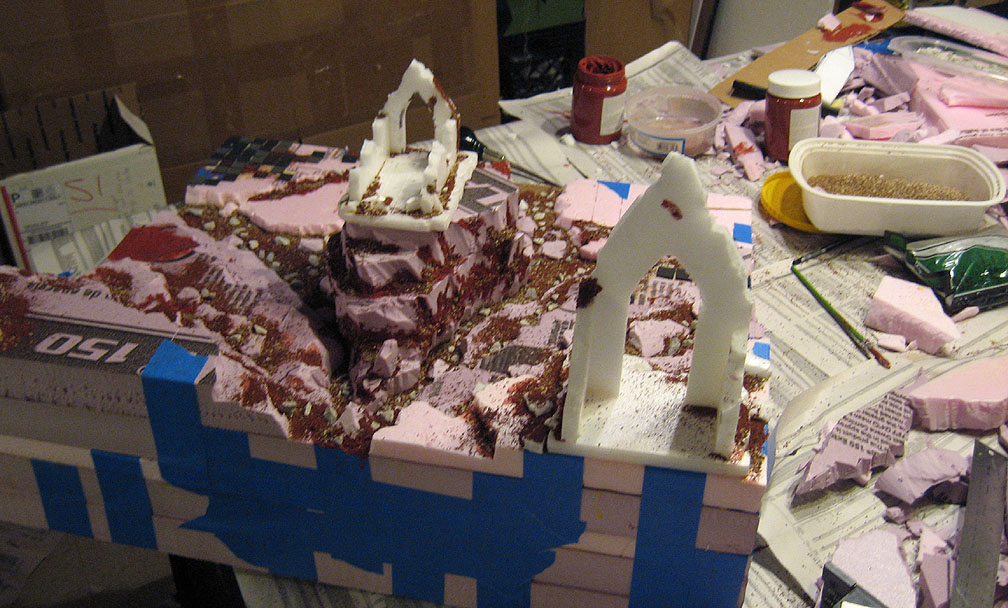 These next few images show the floor laid out in every section.  I used matboard scraps for this. 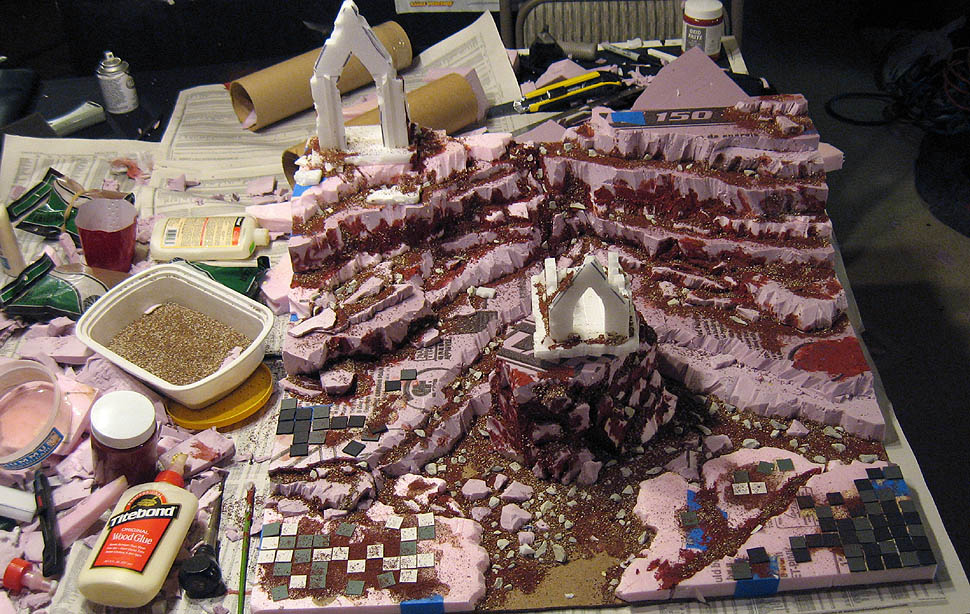 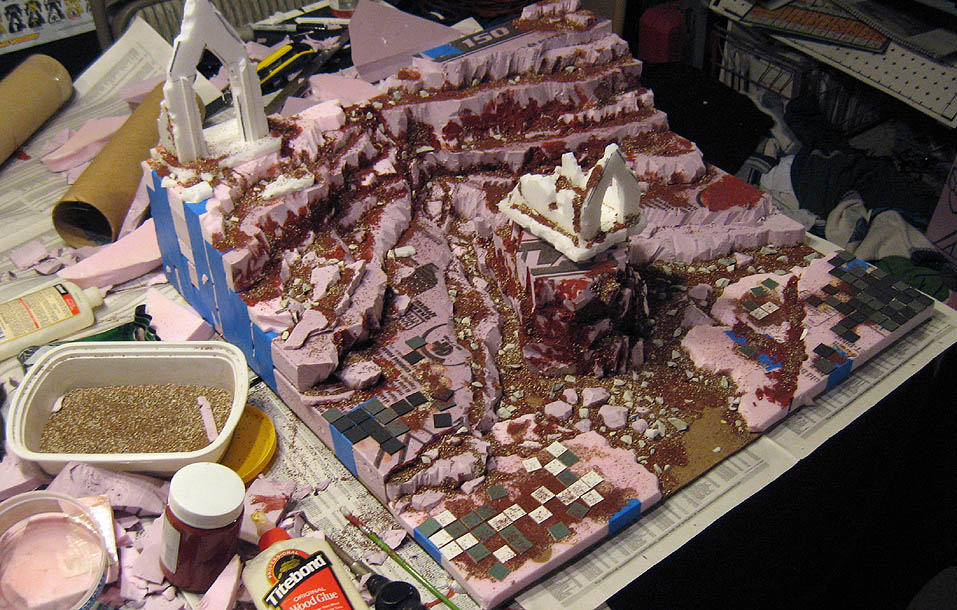 So, by this stage, it was ready to paint after all the excess rocks and gravel were dusted off the next morning! 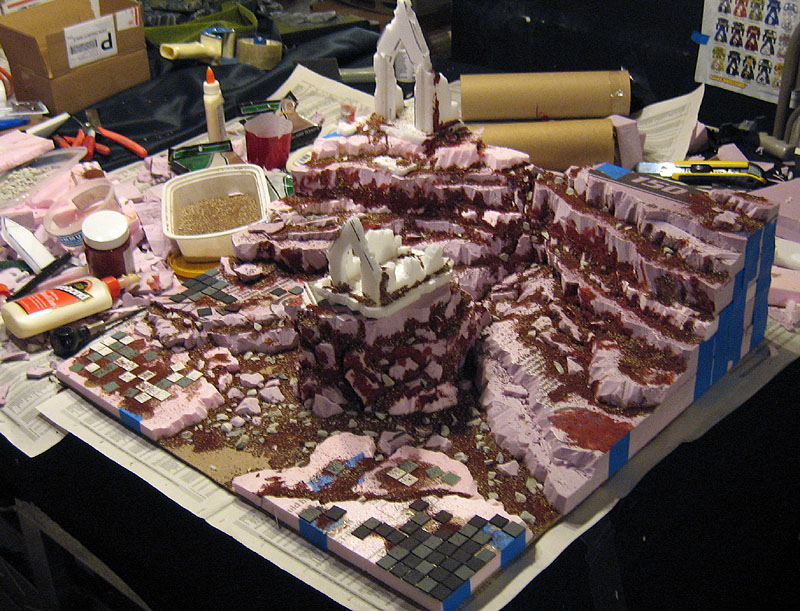 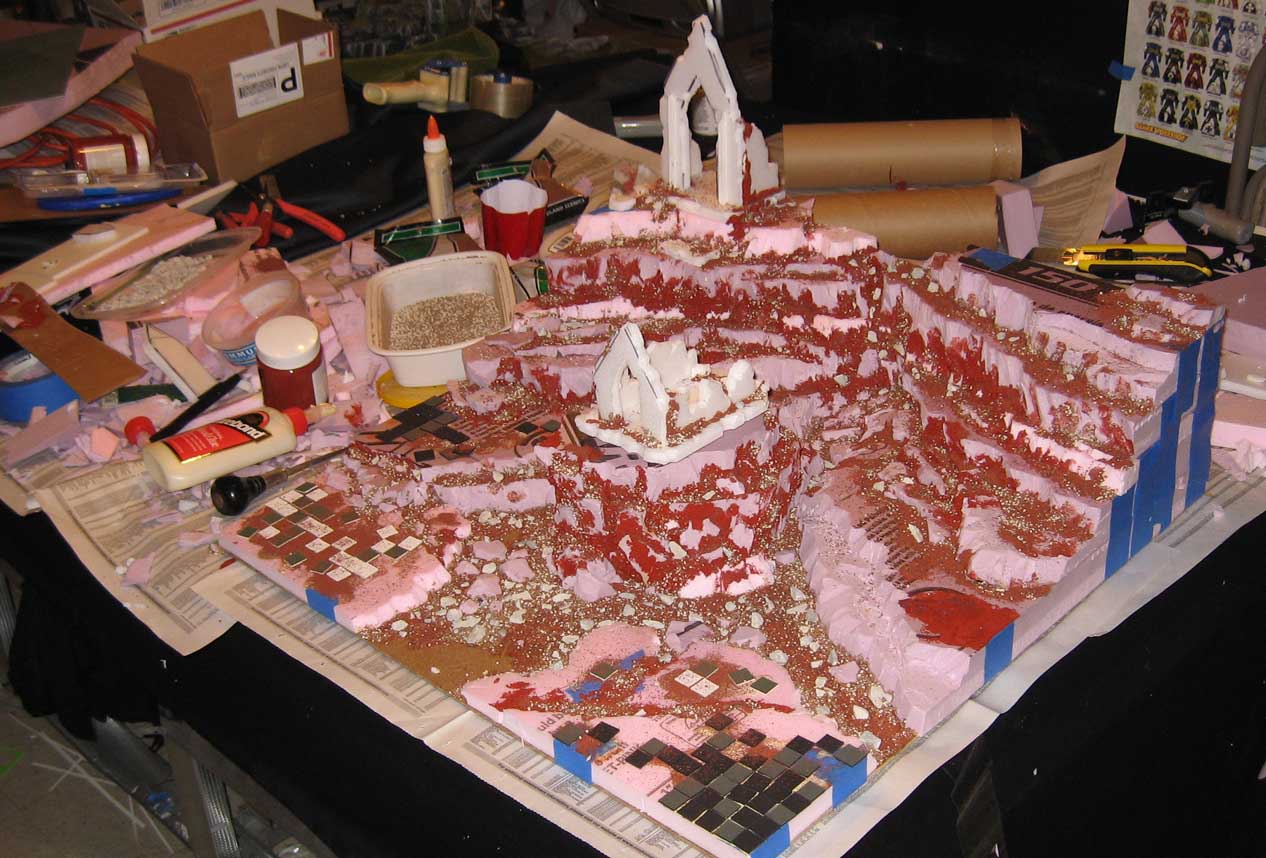 Stay tuned for images of the painting process!! 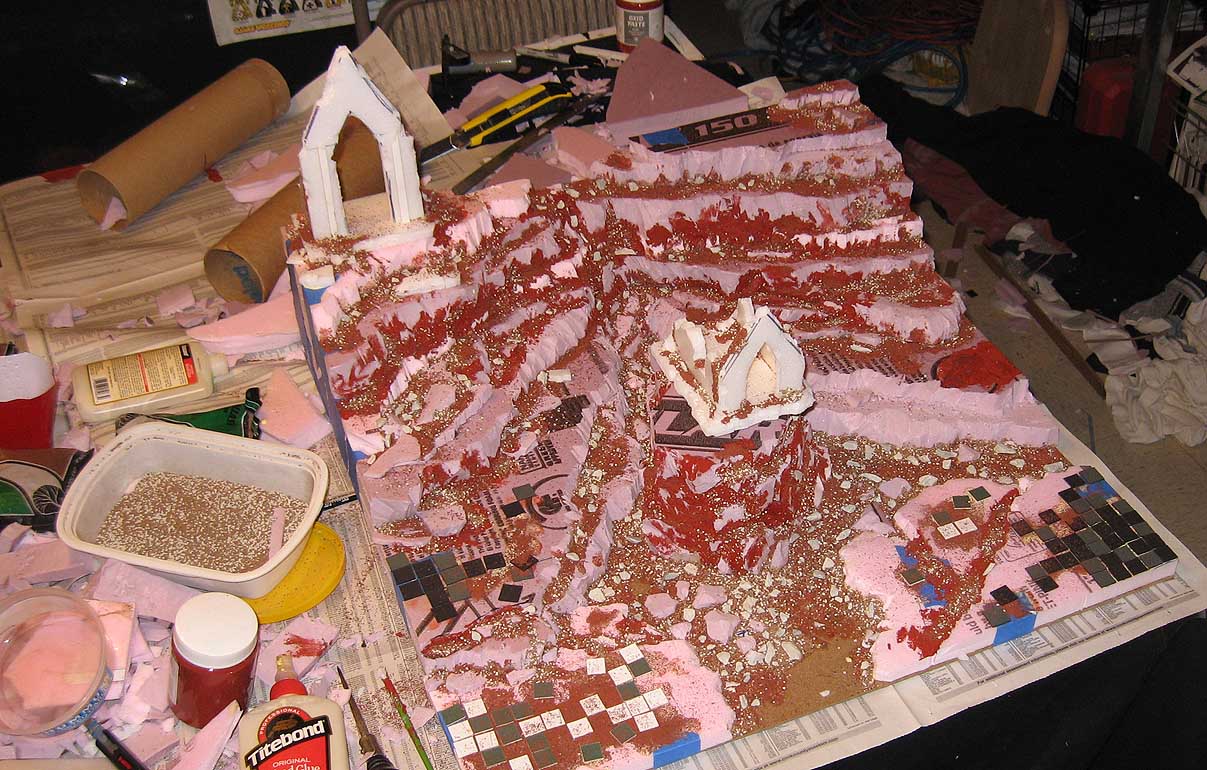 Please note... I may not have the time to make posts of the tournament itself until after it is completely over.  I will finish off the posts of the army board and the painting of the minis.