Holy Order vs Enlightened: The Trap is Set 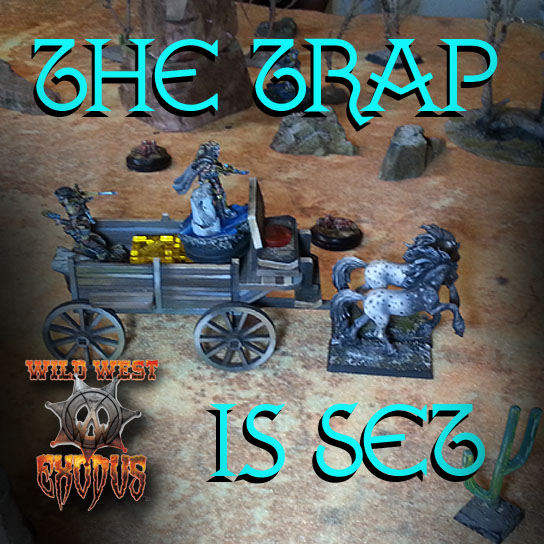 For the very first time, the highly trained forces of the Holy Order of Man are about to take the field.

The clandestine organization must battle The Enemy while maintaining a very low profile.  This can even result in the choice to not use their Relic Weapons, lest the public at large see them.  Should The Enemy also see this, the possibility for disaster is near certain. 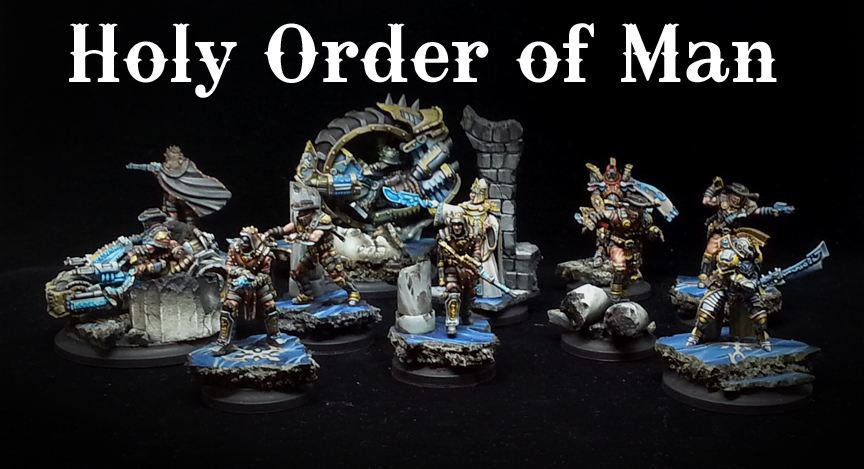 The Enlightened, led here by the evil Dr. Carpathian, are obsessed with the aquisition and the spreading of RJ-1027.  This substance powers Carpathian's 'creations', and the ever more powerful and bizarre machines that are found all over the West. 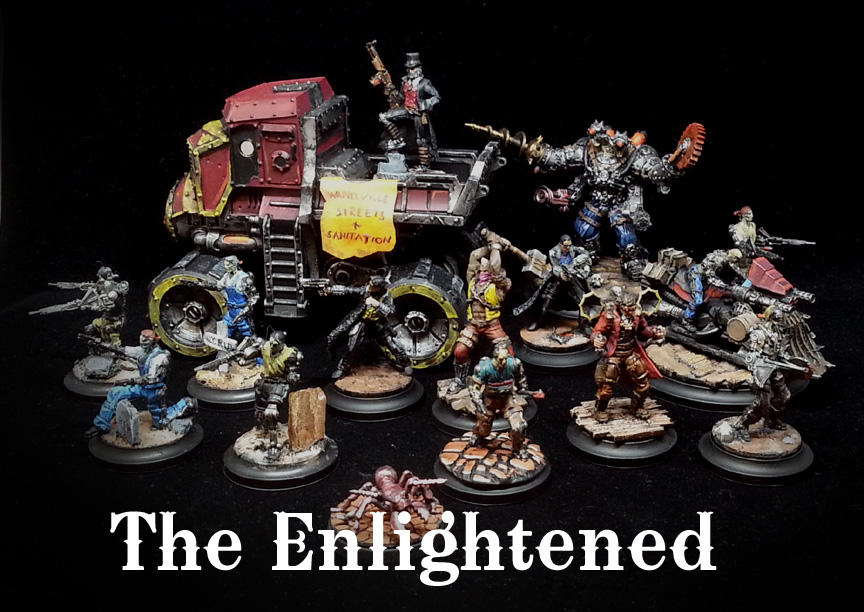 The Holy Order has discovered that Carpathian is set to bushwhack a shipment of RJ coming in via Wells Fargo.  Since forcing their way into town would surely alert The Enemy to their presence, Sircan Abner has decided to set a trap of his own! 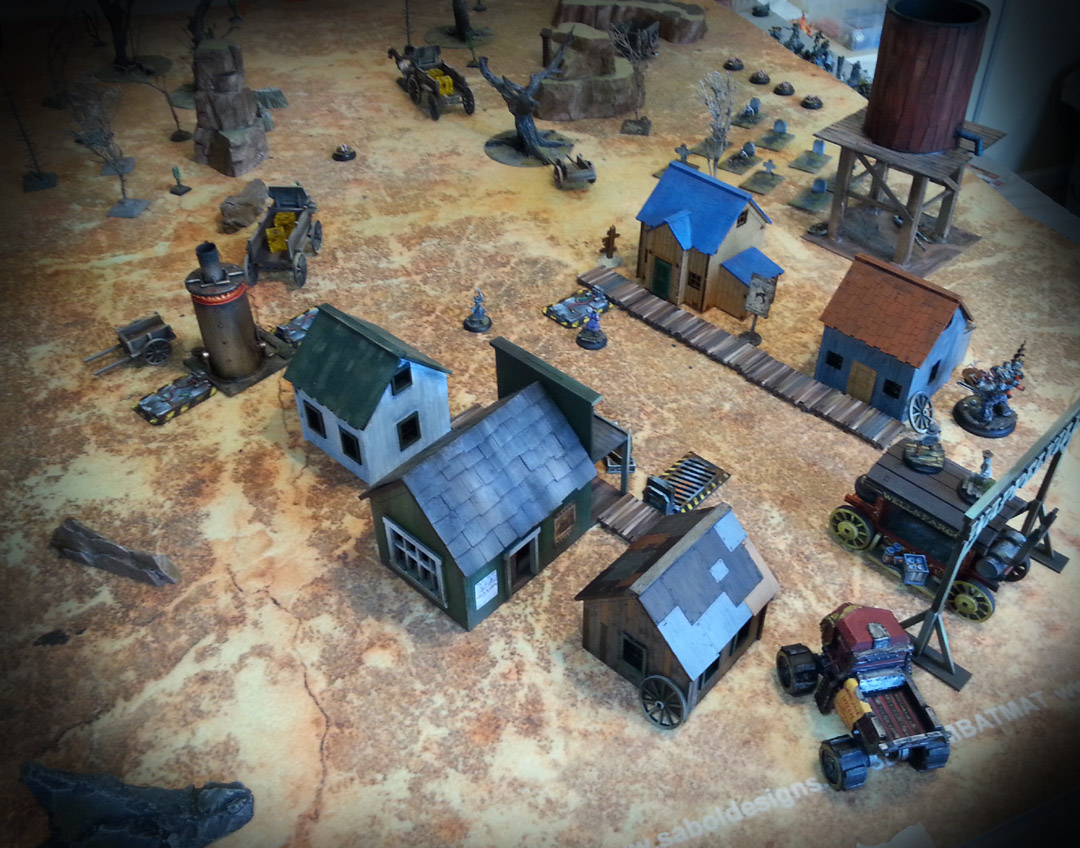 Once the Wells Fargo wagon enters the town, it is immediately set upon by all manner of hideous creatures.  The bulk of Carpathian's force, including himself, is in the town.  Another contingent of support troops is waiting for them down the road in the badlands outside of town. 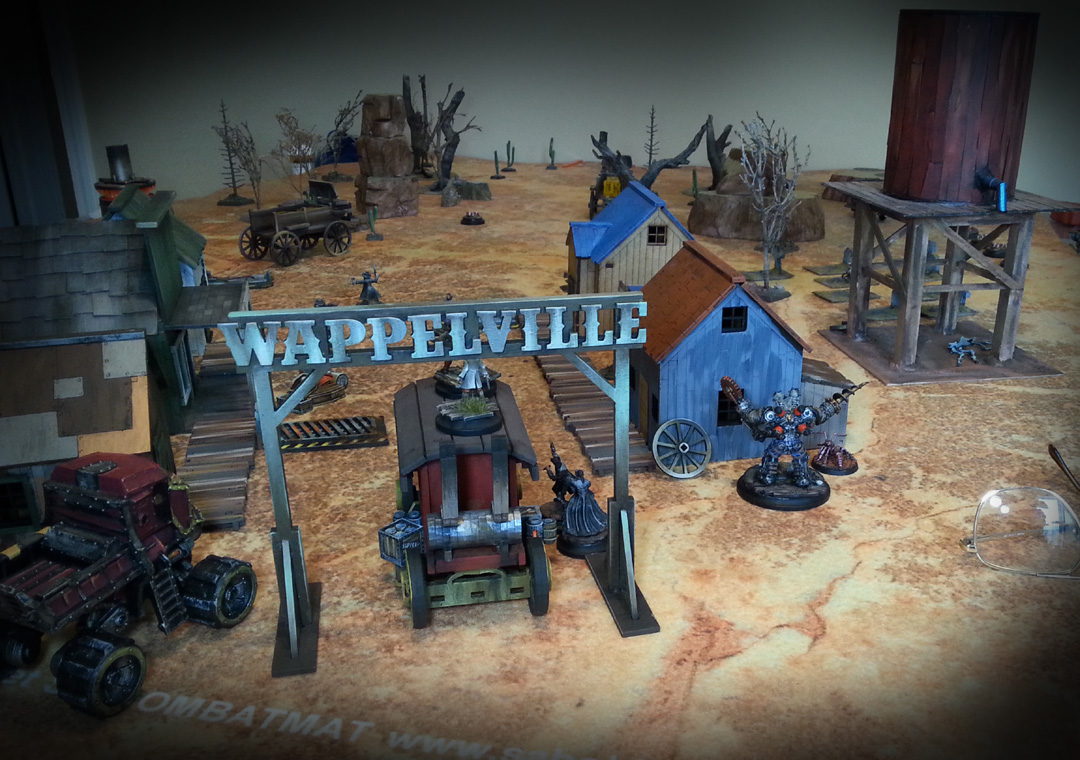 The Holy Order wait silently near the entrance of of a nearby mine. 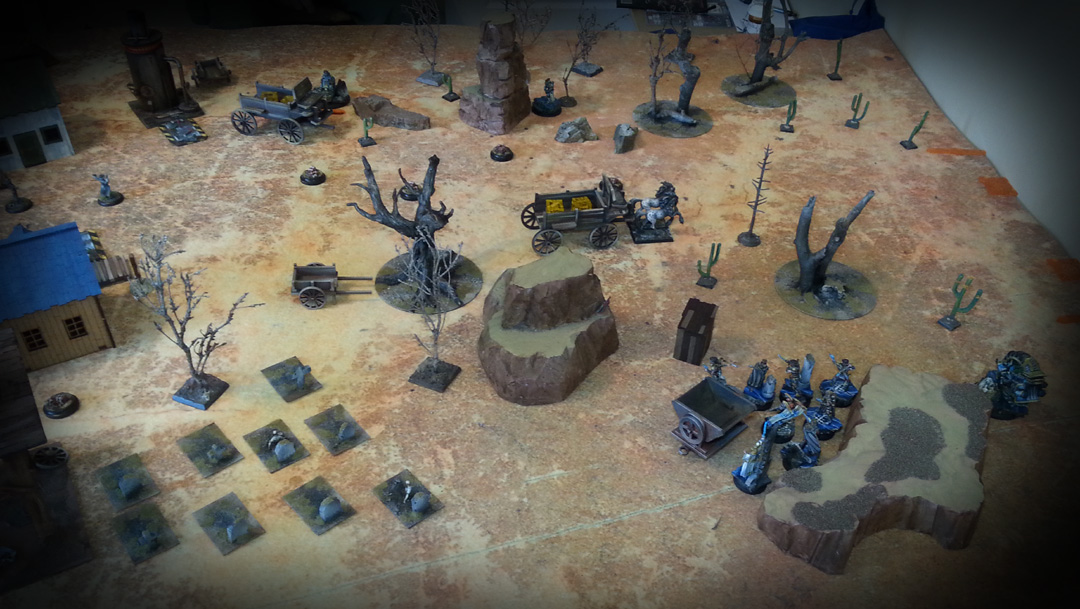 Little do the citizens of Wappelville know that violence is about to descend upon their town yet again. 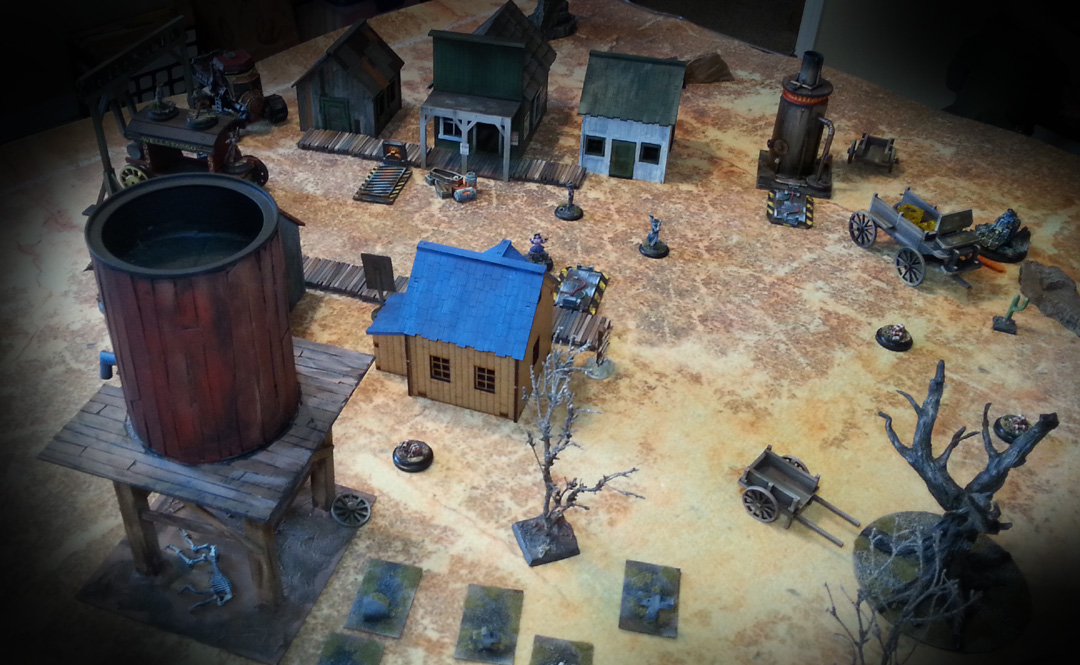 Suddenly an Ironhide screams into the middle of the street, disgorging the rotten forms of Carpathian's blasphemous minions.  It looked as if the Ironhide was about to open fire on the Preacher and his wife!! 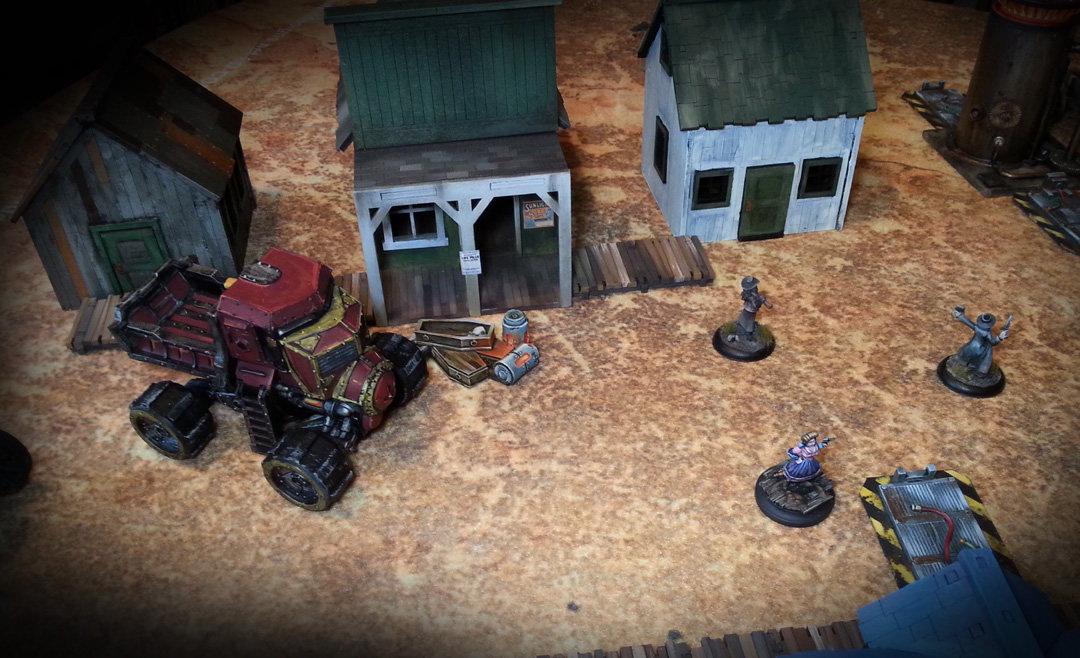 To the horror of those looking on, all three of the innocent civilians would be gunned down in a hail of lead. 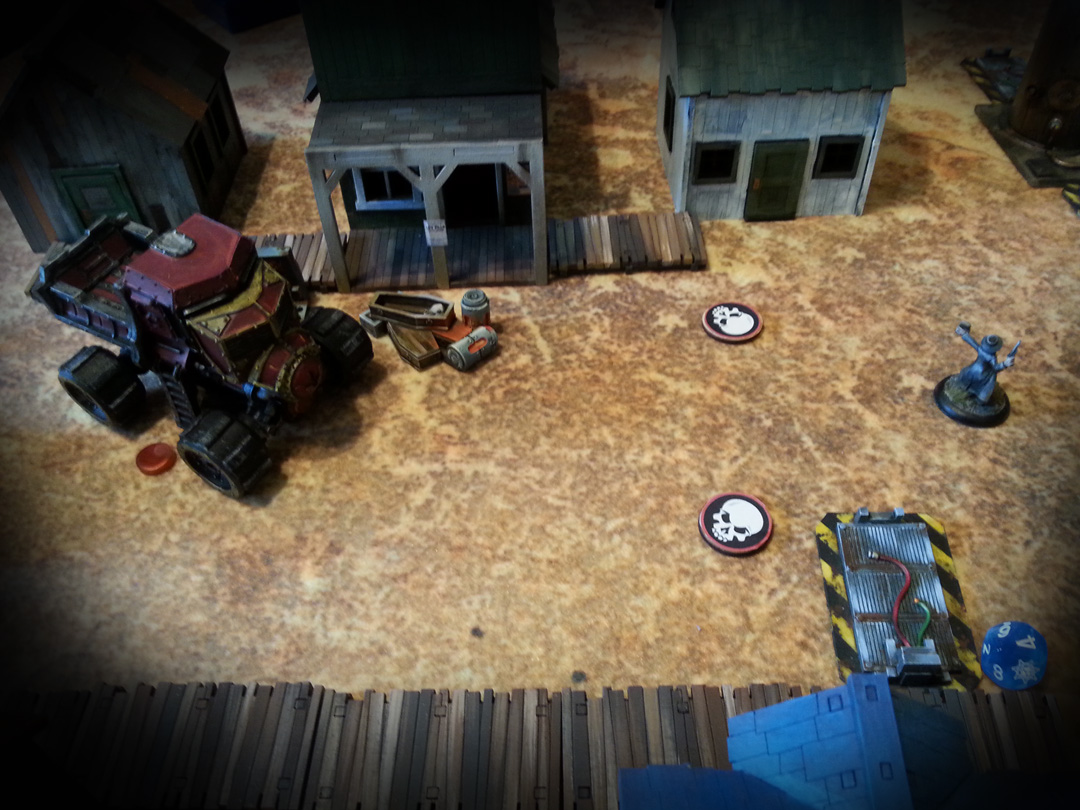 Desperate to keep the RJ from Carpathian, a Spear of Light moves in to take away as much as can be carried.  However, a dreaded mechanical K-9 is bearing down on this wagon.  Can the Spear of Light make it to the wagon again? 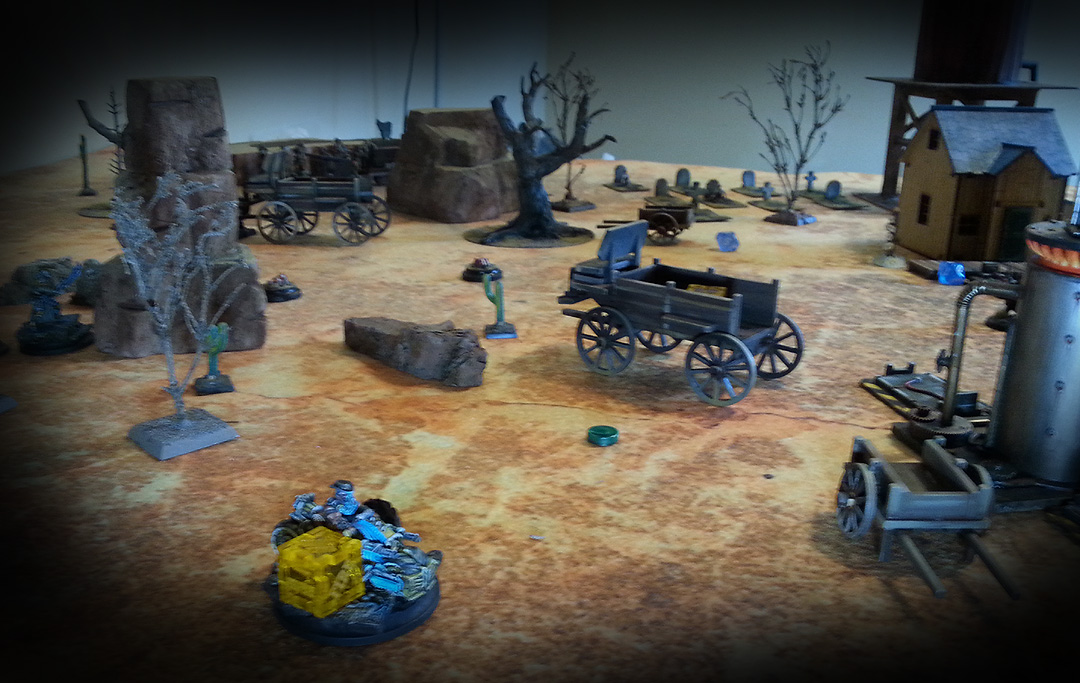 The Gunners on the Wells Fargo wagon are used to fighting off disorganized bandits and hooligans, not enormous beasts and the dreaded Kaufman twins!! 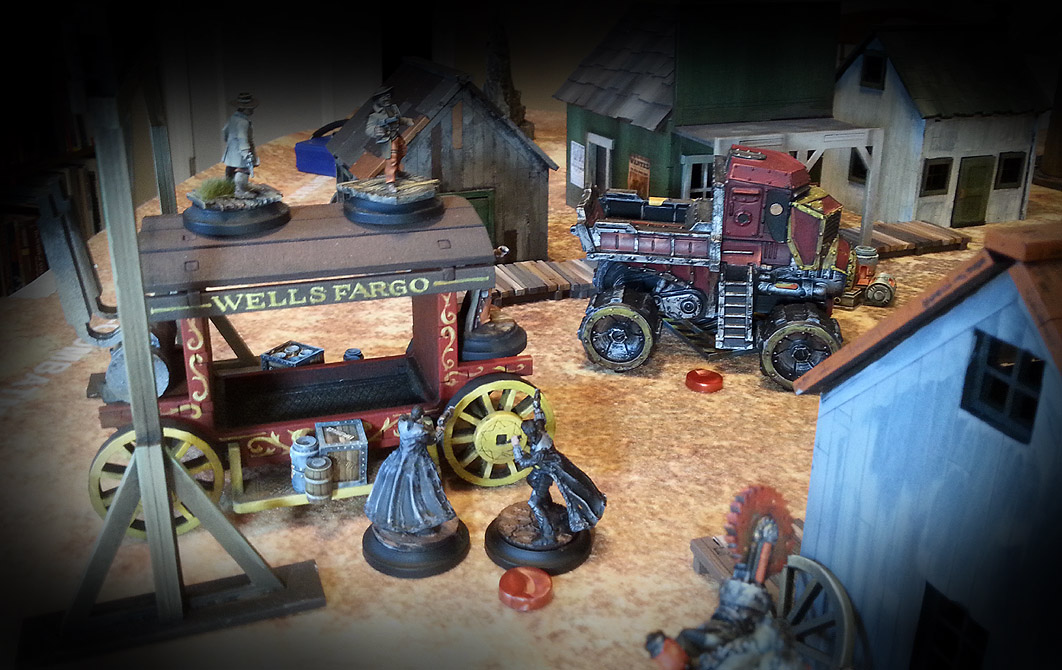 Against all odds, the brave defenders of the wagon manage to stave off disaster for a few critical moments. 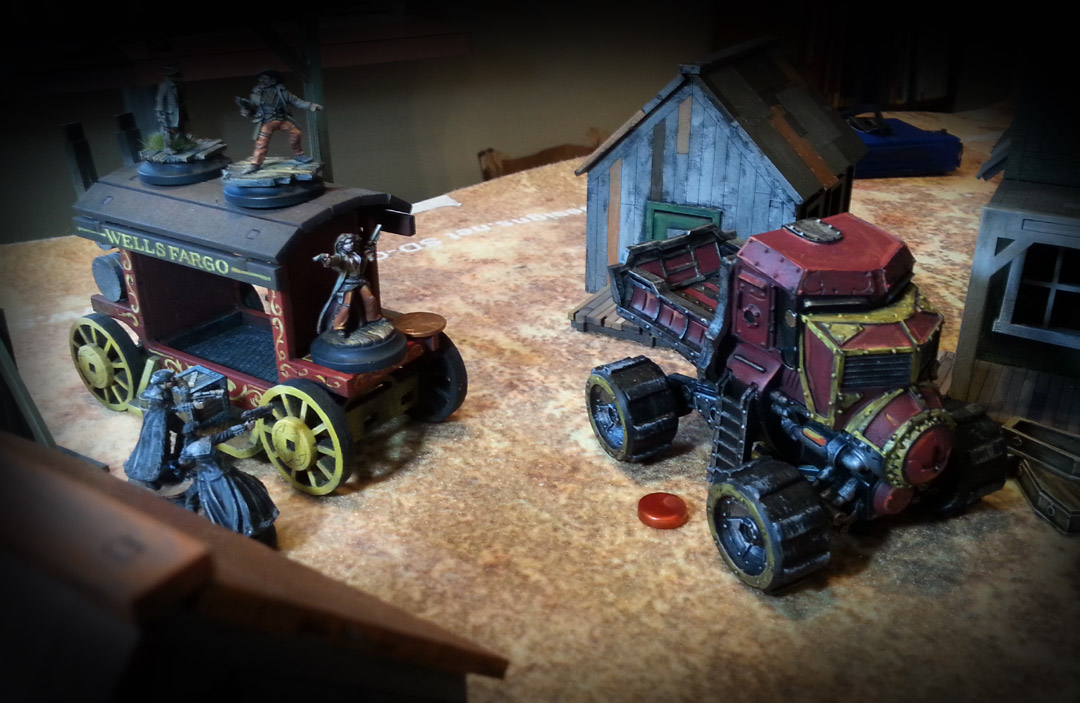 In frustration, the evil Doctor decides to take care of matters in person.  Leaping out of the Ironhide, he dispatched the driver with ease. 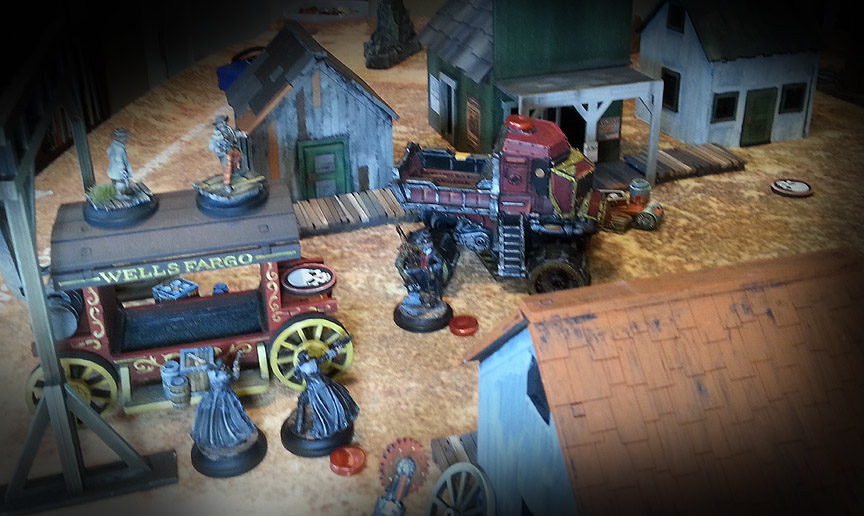 The commotion in the town meant that the waiting Holy Orders fighters could take a chance on emerging from their hiding places to go after a wagon which was careening wildly down the road.

Years of hard training proved to serve the Spicas well, as they adroitly hopped onto the wagon and took control!  More RJ-1027 could be denied to the Enemy.

Will the overwhelmed townsfolk be able to withstand the assault by Carpathian and his allies?  Can the Holy Order, so few in number, manage to intercept the Wells Fargo wagon if it does fall into Carpathian's hands?  Find out in the next exciting episode... Springing the Trap! 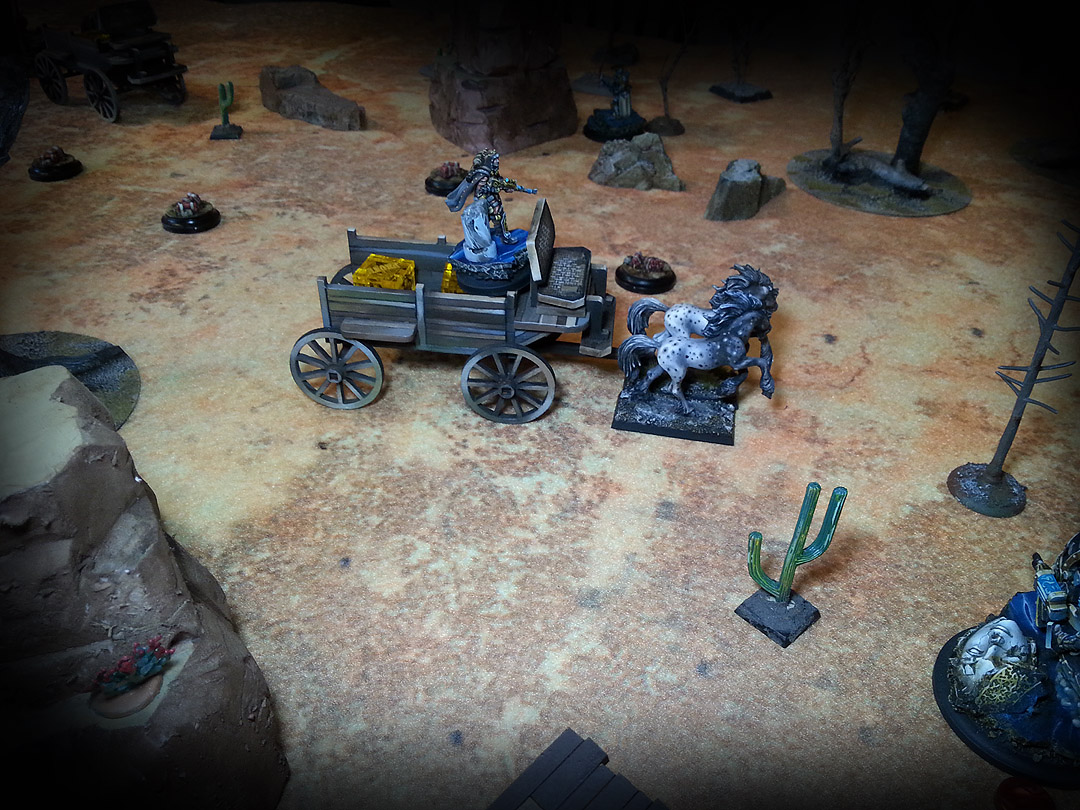