The first wave of color 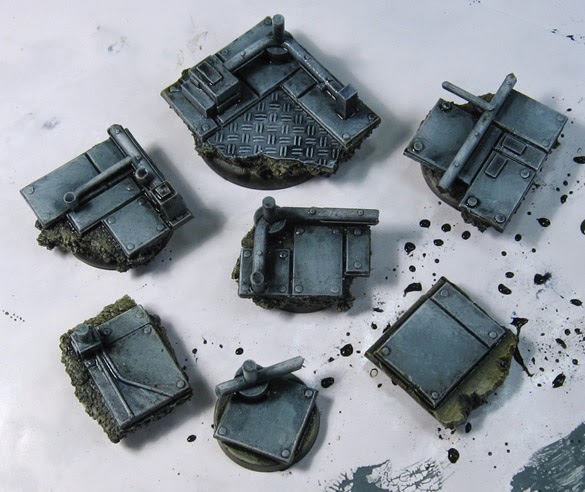 Before we head off on the working convention, I tried to get some color on those new bases!

Starting off with some primer from Badger. The first layers involved getting some warmer brown/gray shades on the concrete and rock sections of the bases. 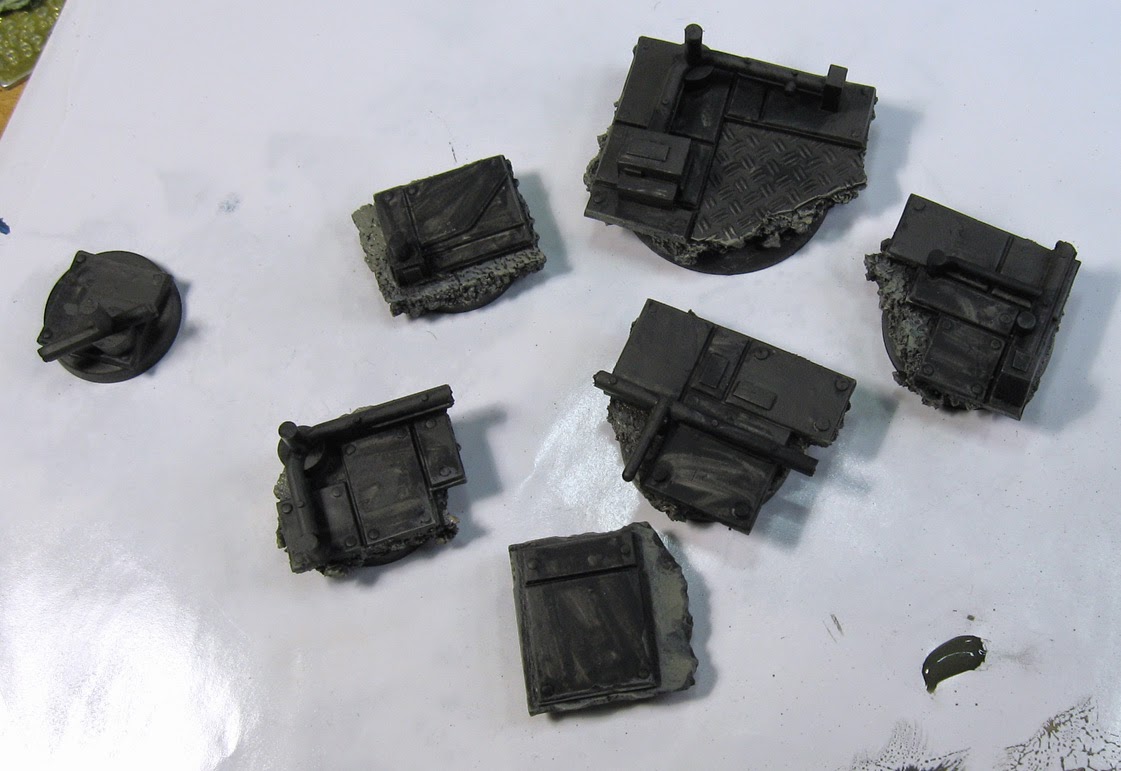 While many other colors of gray will be used, I started off with a blue gray.  You could create this by mixing sky blue with black. 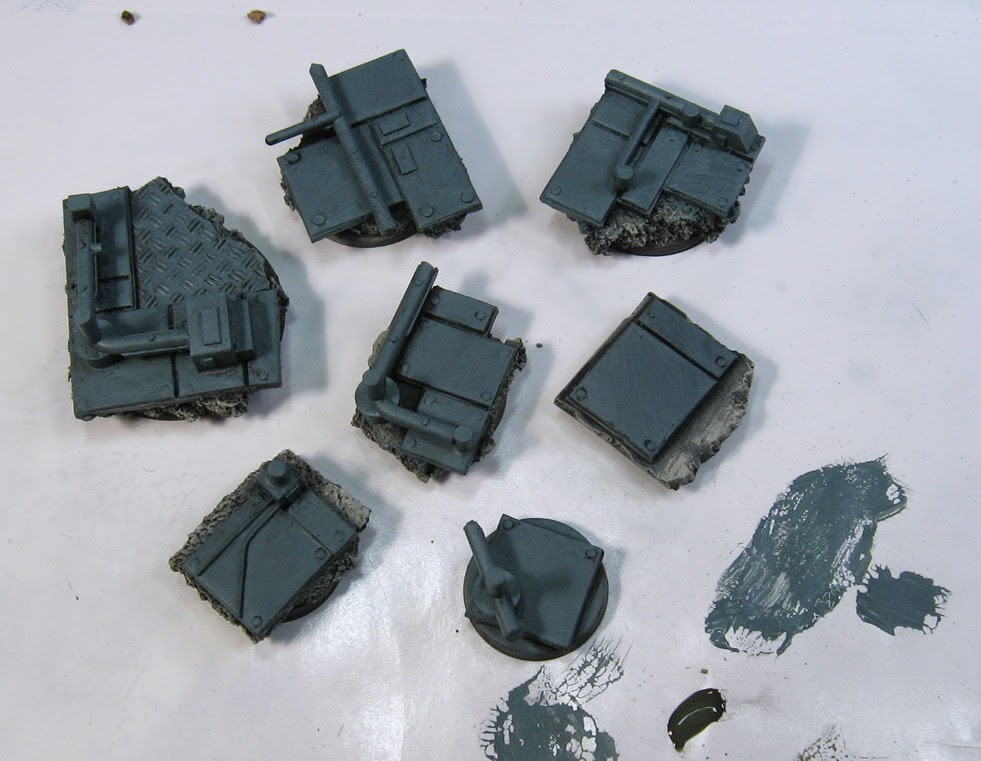 The reason I like to go a little cooler with that color is the rust and weathering effects that I want to add later.  Those are much warmer, so I need to establish the color opposite as soon as possible.

I am lightening this with a few different light grays. 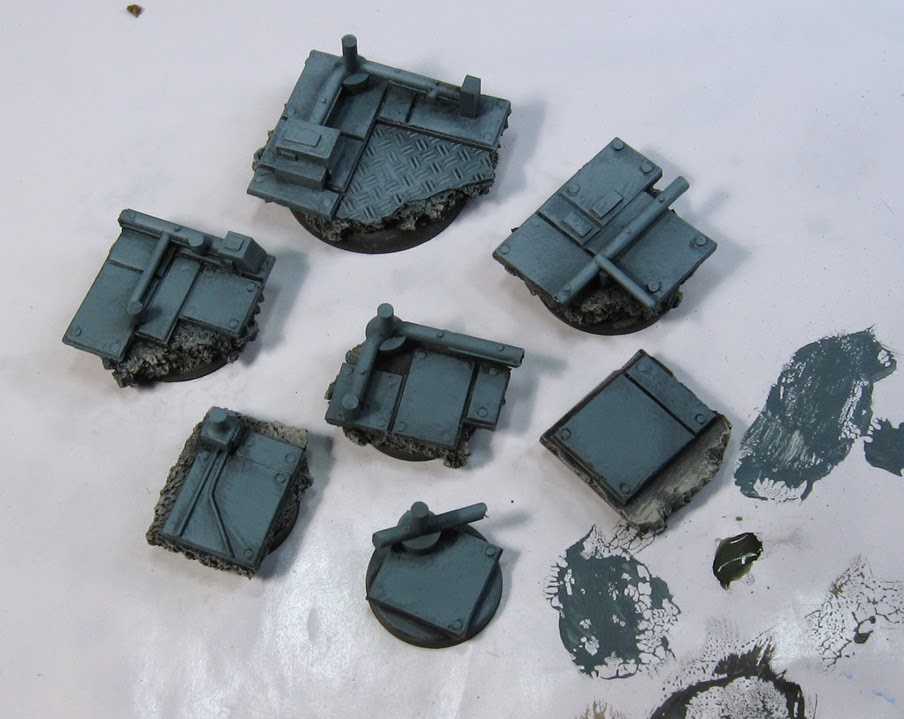 A bit lighter now, trying to get it more towards a neutral gray. 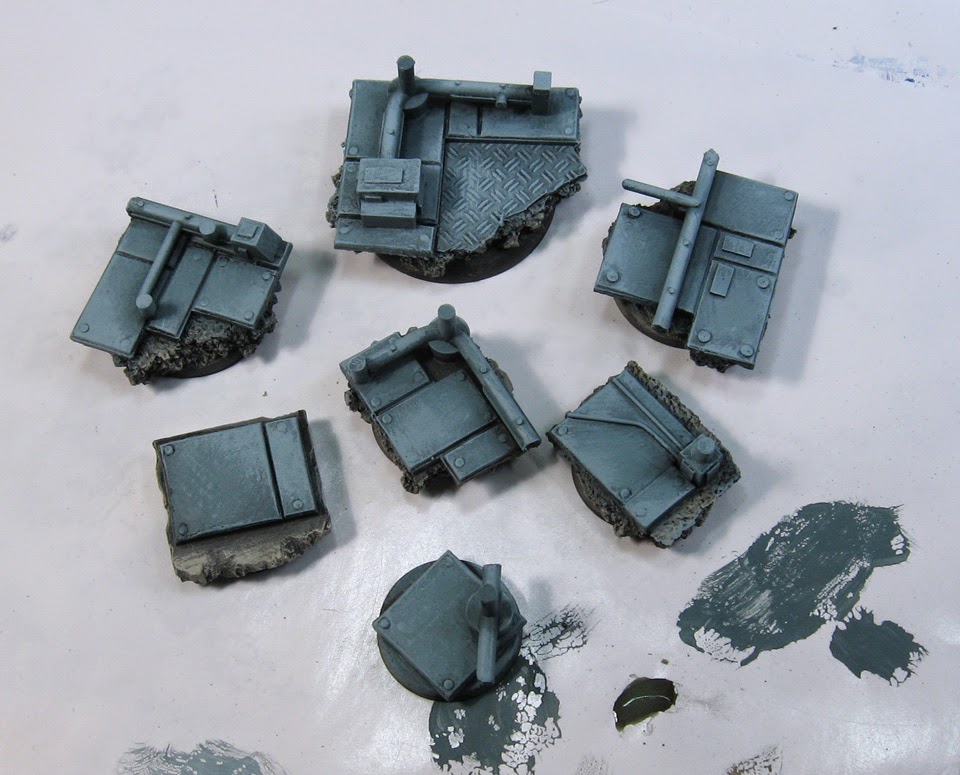 One last layer, adding an ivory color for the final lights. 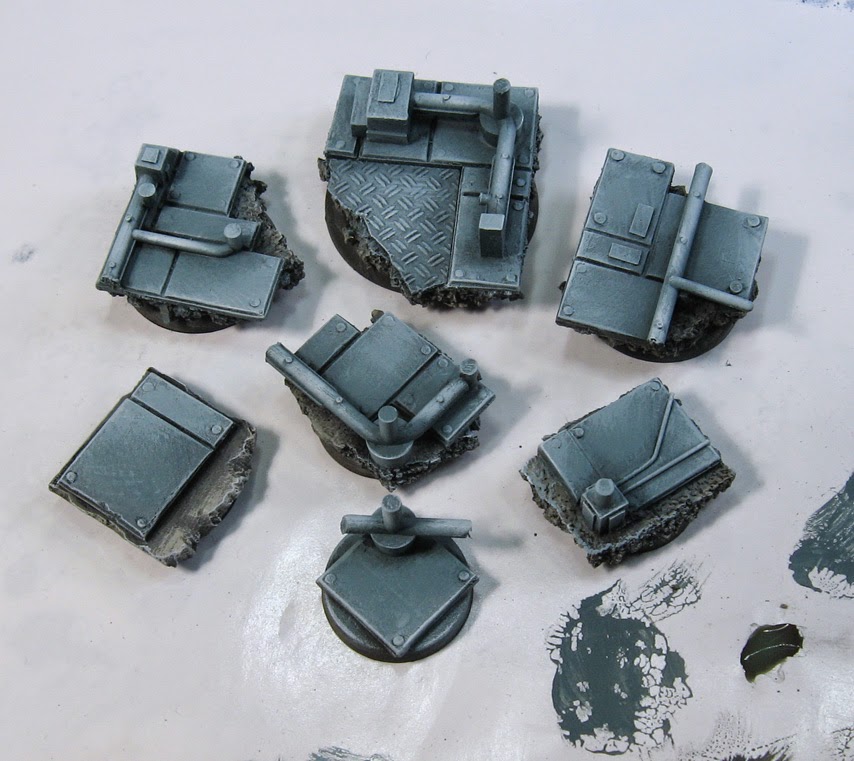 Time to glaze and shade!  I have a collection of warm colors here... some more red, some more brownish gray.  Those will be used on the non-metal sections for the most part. 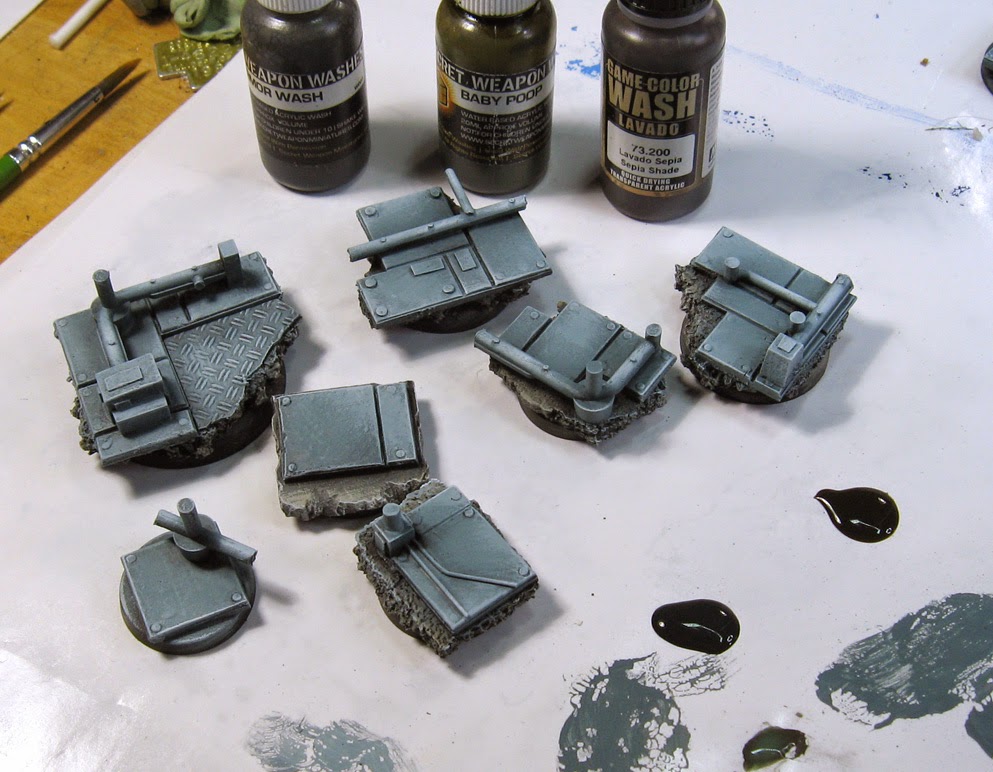 Nice contrast already.  It's hard to see what I did on the bottom section in these pics... sorry! 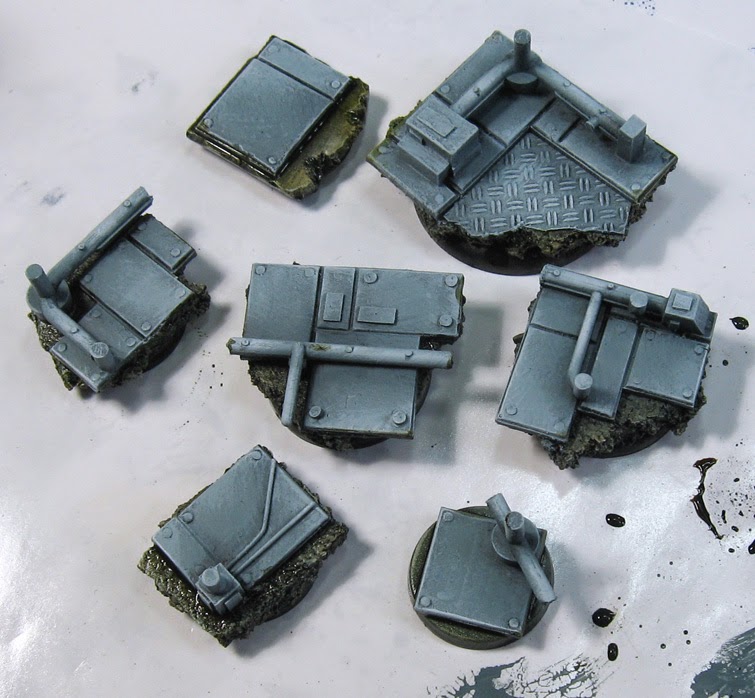 Now I bring out some blue and black to do some shading on the metal. 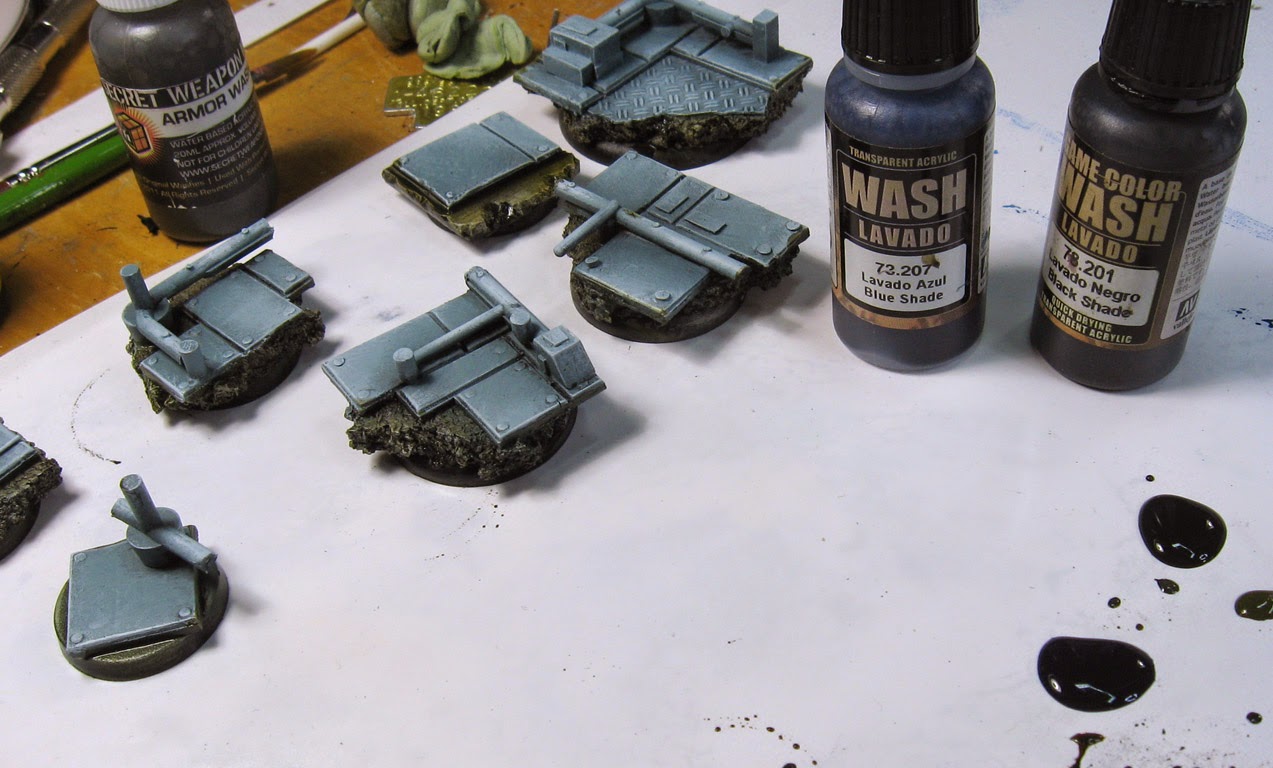 Preliminary glazes in.  These are very basic, just to establish the main value pattern.  Next, I will do some basic rust and weathering, and then move on to final highlights, freehand and such.

Stay tuned!!  Much more to come. 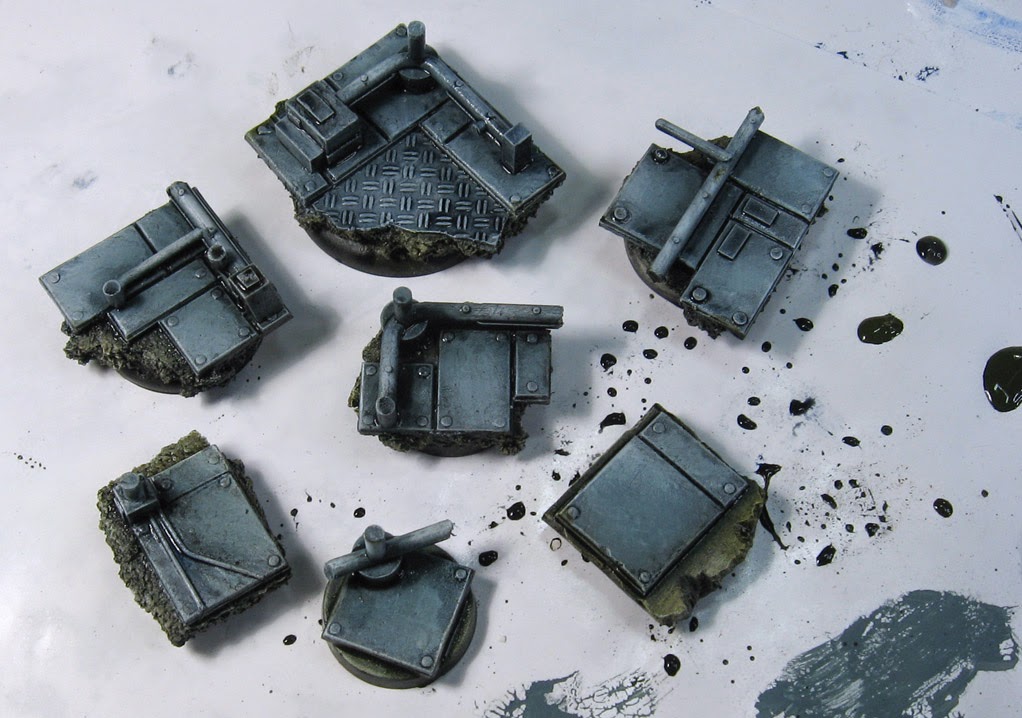 Posted by wappellious at 6:59 AM