A bit of practice here and there. 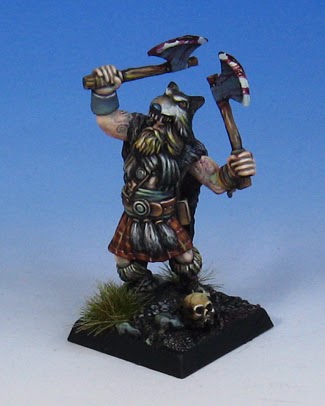 Back to the Reaper minis that were considered for some of the videos.  This one was a candidate for fur, since it was becoming very difficult to find any sort of critter that did not have a rider, or was not covered in armor.

I was also trying to stay away from much bigger miniatures as well.  This one had potential, since it had fur in a few different places.  I thought it could be a nice practical application for painting fur instructions.

The other reason for considering it was that I already had some here.  They were being saved for a Slaine Campaign.

Instead, it has served as a test for painting kilts on the Victoria Miniatures Highland Moss Guard!

Posted by wappellious at 2:49 AM